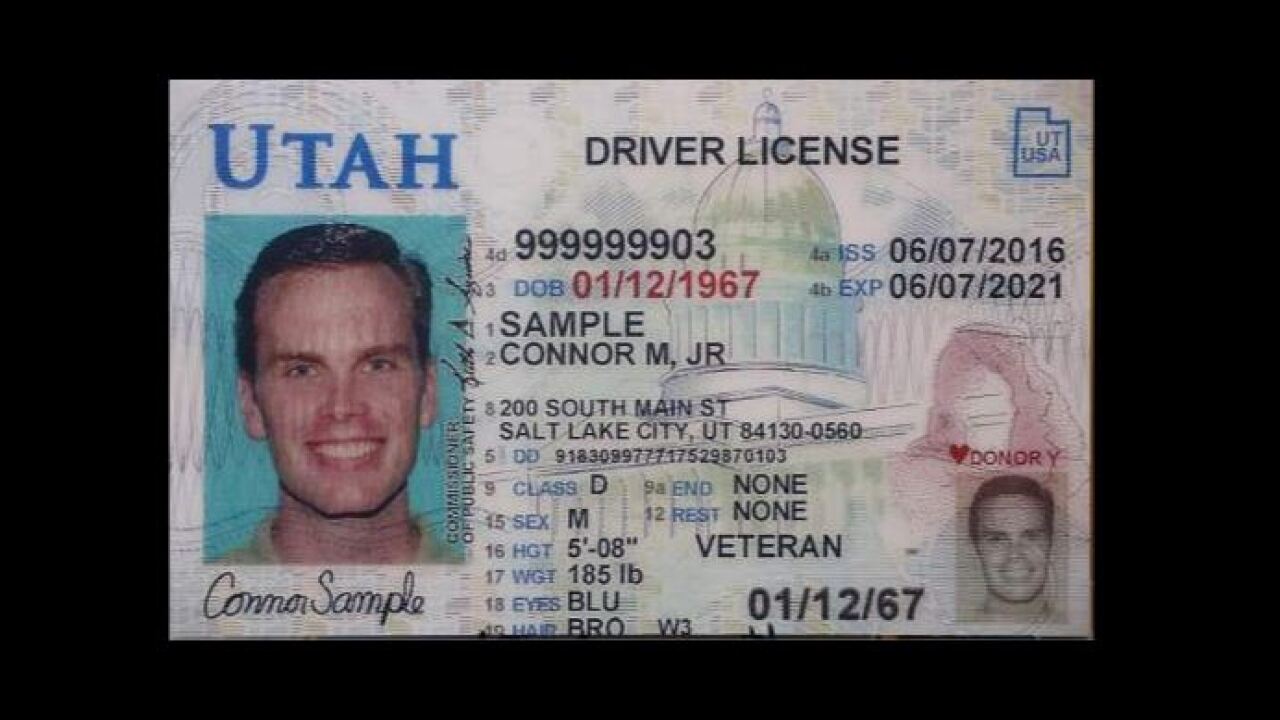 SALT LAKE CITY — The Utah Driver License Division released a video Thursday, explaining what Utah residents will have to do in order to receive their new state ID’s which will all be replaced to comply with federal laws by 2020.

The Utah State Legislature passed a bill during its special session Monday, to add gold stars to Utah driver’s licenses in order to be compliant with security standards. If the state did not comply with the new ID standards, Utahns would be unable to board planes or enter federal buildings using their state identification.

If Utah resident’s current Utah ID or driver’s license expires after October of 2020, they will receive a replacement document in the mail, “sometime before October 2020,” the video said.

The cost for the replacement document is free, the video stated, but the Utah resident’s driver’s license must be valid in order to be replaced, and their current address must be on file. Anyone who needed to update their address was asked to do so on the division’s website.

Utah residents can still use their current state identification to board an aircraft, the division stated.

Residents who need to update more information than their address before their new identification is mailed to them will have to visit a field office to apply and pay a fee. This includes any address changes for commercial driver’s license, the video said.

The video can be seen below: