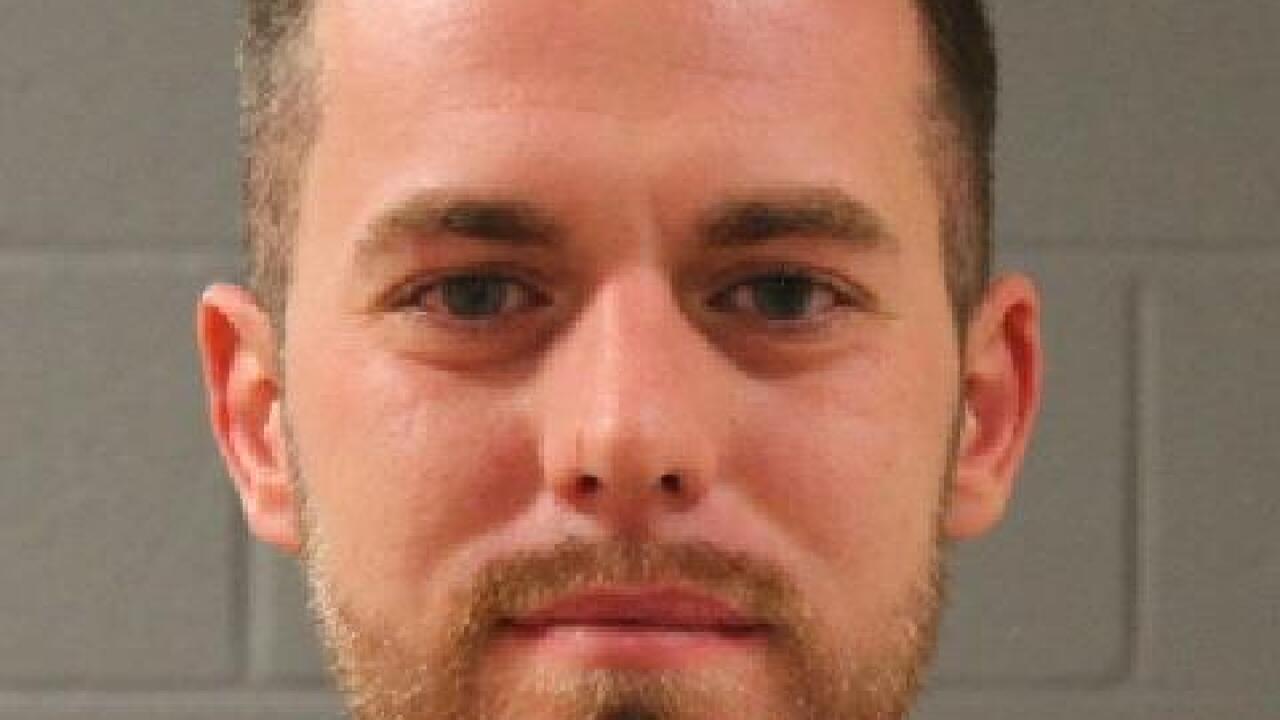 SPRINGDALE, Utah — Two men were arrested Saturday after police said a man entered a hotel in Springdale posing as an officer, an asked for access to the pool and spa so he could arrest someone.

According to a Facebook post made by the Springdale Police Department, on Saturday at around 10 p.m., Springdale officers and Zion National Park rangers responded to a hotel on the report of a male who was impersonating a police officer.

When investigators arrived at the scene, a hotel employee said that a man, who was later identified as Alexander Buzz, came into the lobby wearing a badge on a lanyard around his neck.

Police said Buzz had gotten out of a black-colored Ford Crown Victoria, which is a vehicle that is commonly used by law enforcement.

Buzz told the hotel employee that he needed access to the pool and spa, because “he was there to apprehend someone,” police said.

After Buzz made the request, the hotel employee said they became suspicious and called 911.

When a Springdale officer arrived in the area, the post stated that he observed the Crown Victoria with two people inside.

The passenger, who was identified as Buzz was intoxicated, and police stated he advised them he was carrying a concealed handgun. He also was wearing a security jacket and had handcuffs on him, the post said. The driver of the vehicle was identified by police as Jeffrey Snyder of Cedar City.

“Mr. Buzz admitted to the officer the badge belonged to him and he used to work a security job,” police said.

Officers obtained a search warrant for the vehicle, the Facebook post said. During the search, officers stated that they located suspected drugs, a rifle and a handgun.