ATF: There have been 5 attacks on Jehovah’s Witnesses in Washington state this year 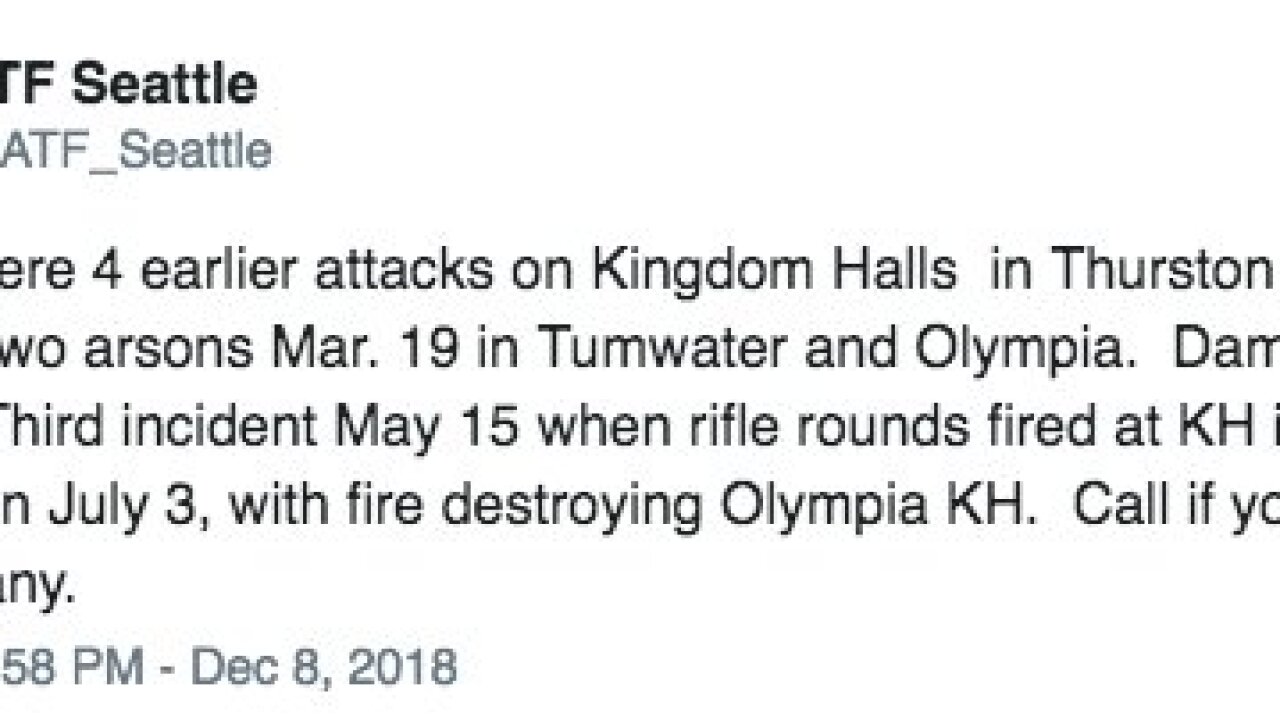 A fire last week at a Jehovah’s Witnesses’ house of worship in Washington state was an arson — the fifth attack targeting the religious group this year, federal officials said Sunday.

(CNN) — A fire last week at a Jehovah’s Witnesses’ house of worship in Washington state was arson — the fifth attack targeting the religious group this year, federal officials said Sunday.

The blaze early Friday destroyed a Kingdom Hall of Jehovah’s Witnesses in Lacey, a suburb of Olympia, according to Jason Chudy, a spokesperson for the Seattle Field Division of the Bureau of Alcohol, Tobacco, Firearms and Explosives. No one was injured in Friday’s blaze and no arrests have been made.

Three other Kingdom Halls in Thurston County were torched, and a fourth Kingdom Hall was hit by gunfire, according to the ATF.

The incidents occurred in close proximity to one another and are believed to be related, according to the ATF.

Speaking to reporters after Friday’s blaze in Lacey, Thurston County Sheriff John Snaza said that there have been “many attacks” on Kingdom Halls in the county.

Snaza said it’s sickening to think of someone attacking houses of worship out of “some sort of animosity towards any religion.”

Following Friday’s blaze, Gov. Jay Inslee condemned the attack on social media. “The freedom to worship is a right that should be protected for every person in our country,” he wrote.

Another blaze torched the Olympia Kingdom Hall on July 3, the ATF said.

Dan Woollett, an elder who helped build the Lacey house of worship decades ago, told CNN affiliate KCPQ he was devastated.

“It’s just a building,” he told the station. “Everybody’s safe, and that’s the important thing.”