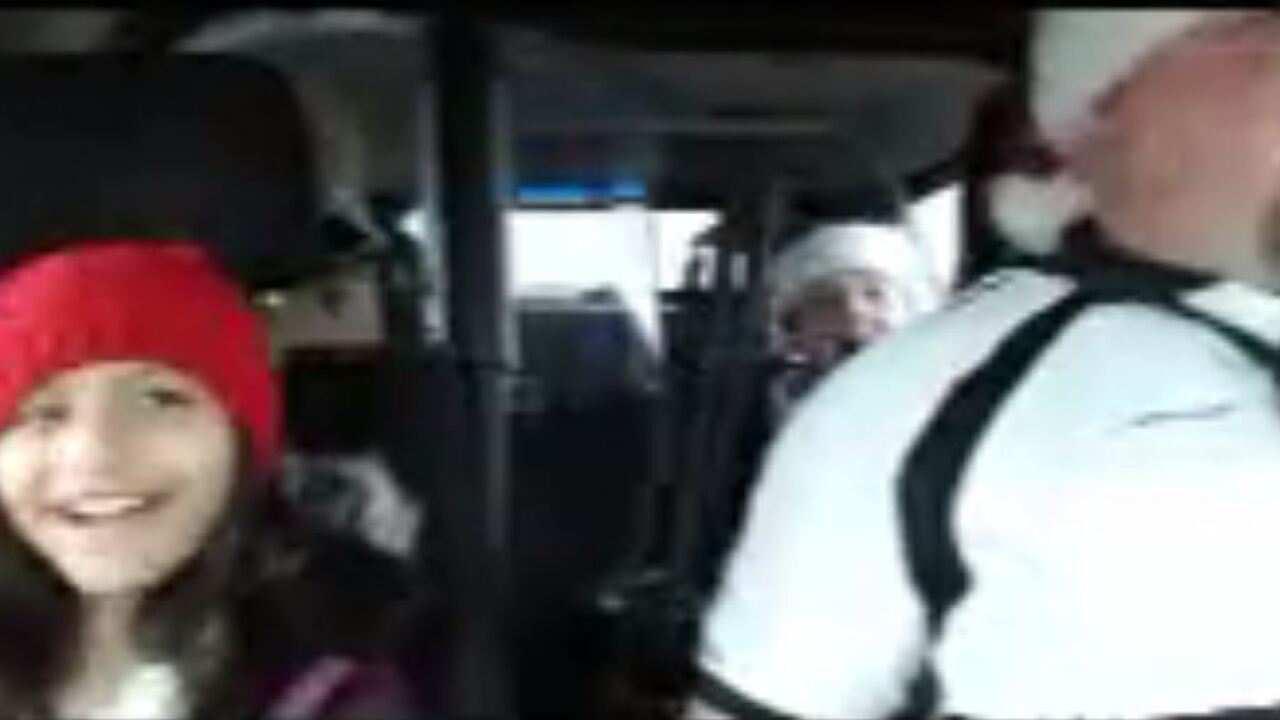 HEBER CITY, Utah — The Heber City Police Department took to Facebook Saturday to spread some holiday cheer, showing video of an officer and “Shop with a Cop” participants singing in a police car.

The three in the video sing “Feliz Navidad.” The officer can be seen wearing a Santa cap and bobs his head to the music.

Police officials said the officer in the video is Josh Weisher, and the footage was captured as he took two children to Walmart.

Heber City Police along with Wasatch County Sheriff Office do Shop with a Cop every year. The program is funded through community donations, and all first responders come out to help.

“Through the year Law enforcement nominates names of children in our community that either witnessed a bad crime, parents struggle financially, single parent etc,” Heber City police officials said.  “The morning started with Breakfast filling their tummies and then the first responders go from the Homestead resort in Midway with lights and sirens to Walmart were the children are given $100 to buy whatever.”

Video of the singalong can be seen below: