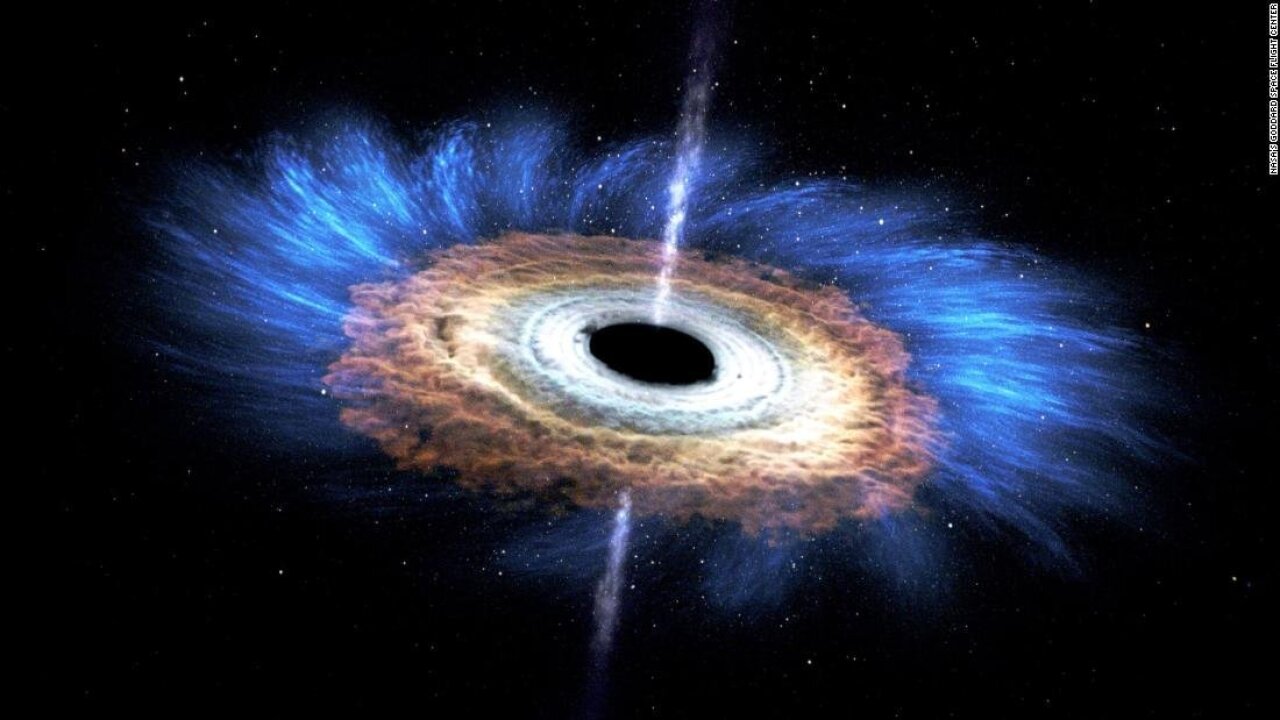 (CNN) — In 1608, the German-Dutch lensmaker Hans Lippershey became the first person to apply for a patent for what we now call the telescope. By combining two lenses, he found that he could make distant objects appear closer than they are. While some lauded the invention for its military applications, Italian astronomer Galileo Galilei turned the telescope to the heavens and opened a new eye on the cosmos. His observations overturned the existing astronomical beliefs of his time.

Indeed, whenever a new instrument capable of studying the heavens has been invented, astronomers have had to rethink their understanding of the cosmos. Most recently, scientists have sparked a revolution in astronomy by figuring out how to observe gravitational waves with the help of new technology involving lasers and mirrors.

Black holes are the husks of massive stars with gravity so strong that not even light can escape from them. When they collide, they release energy in a form called gravitational waves. The collisions, which are entirely invisible to the naked eye and do not register on the electromagnetic spectrum, can be detected only by observing gravitational waves. While Albert Einstein predicted in 1916 that the waves existed, it took nearly a century for scientists to actually observe them.

On September 14, 2015, the entire universe shook. Well, actually, it’s more accurate to say that this was the date humanity became aware of a cataclysmic event — the merging of two enormous black holes that occurred about 1.3 billion years ago — or, stealing a line from Star Wars, “a long time ago in a galaxy far, far away.”

As the gravitational waves that were released during the black hole merger 1.3 billion years ago washed over the solar system, the very fabric of space and time compressed and stretched.

Two L-shaped detectors in the Laser Interferometer Gravitational Wave Observatories (LIGO) in Louisiana and Washington worked together in the first-ever observation of a gravitational wave. As the wave passed, each arm of the L-shaped detector, which measures 2.5 miles long, lengthened and shortened by a distance of about one thousandth the diameter of a proton. To give a sense of scale, that’s the equivalent to measuring the distance from here to the next star system Alpha Centauri with a precision of the width of a human hair.

Now, with the help of another facility in Italy called Virgo, scientists are studying the general properties of these black hole collisions and where they are taking place. Gravitational waves travel at the speed of light and so, as they pass through the Earth, there is a small delay between when each detector notes their passage. That delay is used to help determine the location in the sky where the collision occurred. The technique is similar to the way geologists use the arrival times of earthquakes at different seismographs to locate the earthquake’s origin.

With the LIGO and Virgo detectors, scientists can better understand what happens when very heavy astronomical bodies collide. The collision of neutron stars, which are husks of stars slightly smaller than black holes, can also set off gravitational waves detected on Earth. And, of course, a black hole could also merge with a neutron star.

In a recently released paper, gravitational wave astronomers detailed 11 of these collisions — four of which had never been announced before — since the detectors started operating in 2015. Taking into account downtime when the equipment was not operational, that works out to about one detection every 15 days. In the most impressive example, two massive black holes merged to create one that is about 80 times the mass of the sun, making it the heaviest stellar-sized black hole ever observed.

For a split second, the collision released more energy than all than of the light released from every star in the entire visible universe. This was a huge thing. And it all happened in a galaxy located 9 billion light years away.

Prior to LIGO’s first observation, scientists didn’t think that stars could form black holes with masses greater than about 15 or 20 times heavier than the sun. So, with just 11 observations, scientists have already been forced to reconsider their theories.

While the announcement of a super-massive black hole makes for a good headline, this recent paper has a less-breathtaking but more scientifically meaningful impact. The observation of a single thing may be a curiosity. But several occurrences later, scientists can begin to draw some conclusions.

By combining the known performance capabilities of the detector with the locations observed and the rate at which they are detected, astronomers can begin to say how often they occur. While scientists are working with a small sample size, they now estimate that in a sphere of space somewhere between half a billion and a billion light years across, we can expect to see one black hole merger per year .

And the story isn’t finished. The detectors are offline at the moment, undergoing upgrades that will allow them to peer twice as far away from Earth. This will allow them to investigate a volume eight times bigger than before. The days of gravitational wave astronomy is just in its infancy and there are no doubt huge surprises ahead.