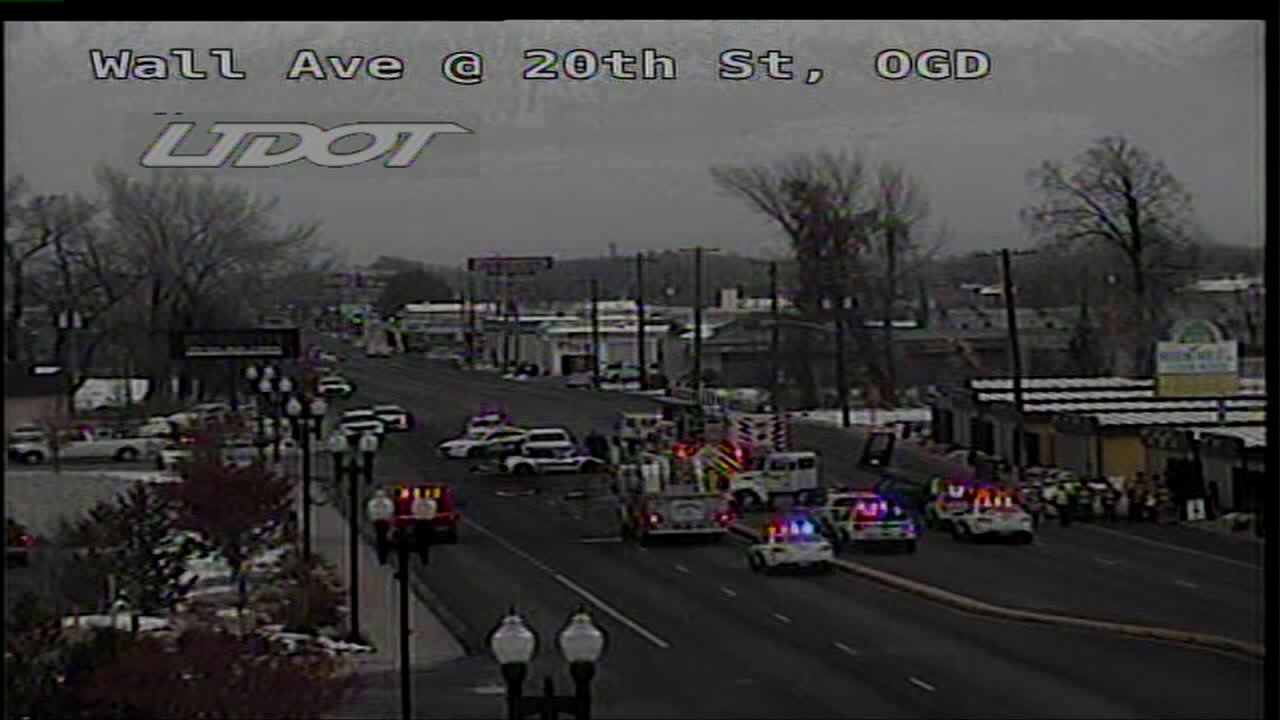 OGDEN, Utah — Two people were injured after a crash involving three vehicles sent one car into a building in Ogden Thursday morning.

Lt. Kovalsky of the Ogden Police Department said officers responded to the area of Wall Avenue and 20th Street at 8:11 a.m. Thursday.

The crash closed Wall Avenue in both directions, and as of around 9:30 a.m. that closure remained in place.

Kovalsky said the driver of a northbound vehicle lost control for an unknown reason and crossed over the median, where the car collided with a southbound vehicle.

That second vehicle ended up crashing into a storage facility nearby.

A third vehicle traveling southbound impacted the first car as it remained in the southbound lanes.

Kovalsky said the driver of the first vehicle suffered serious injuries but they are not considered life-threatening.

The driver of the second vehicle was taken to a hospital with lesser injuries.

Kovalsky said the crash is under investigation and it’s not clear at this point what caused the driver of the initial car to lose control of his vehicle.