10-vehicle crash spills beer on I-80, shuts down highway near Evanston for 7 hours 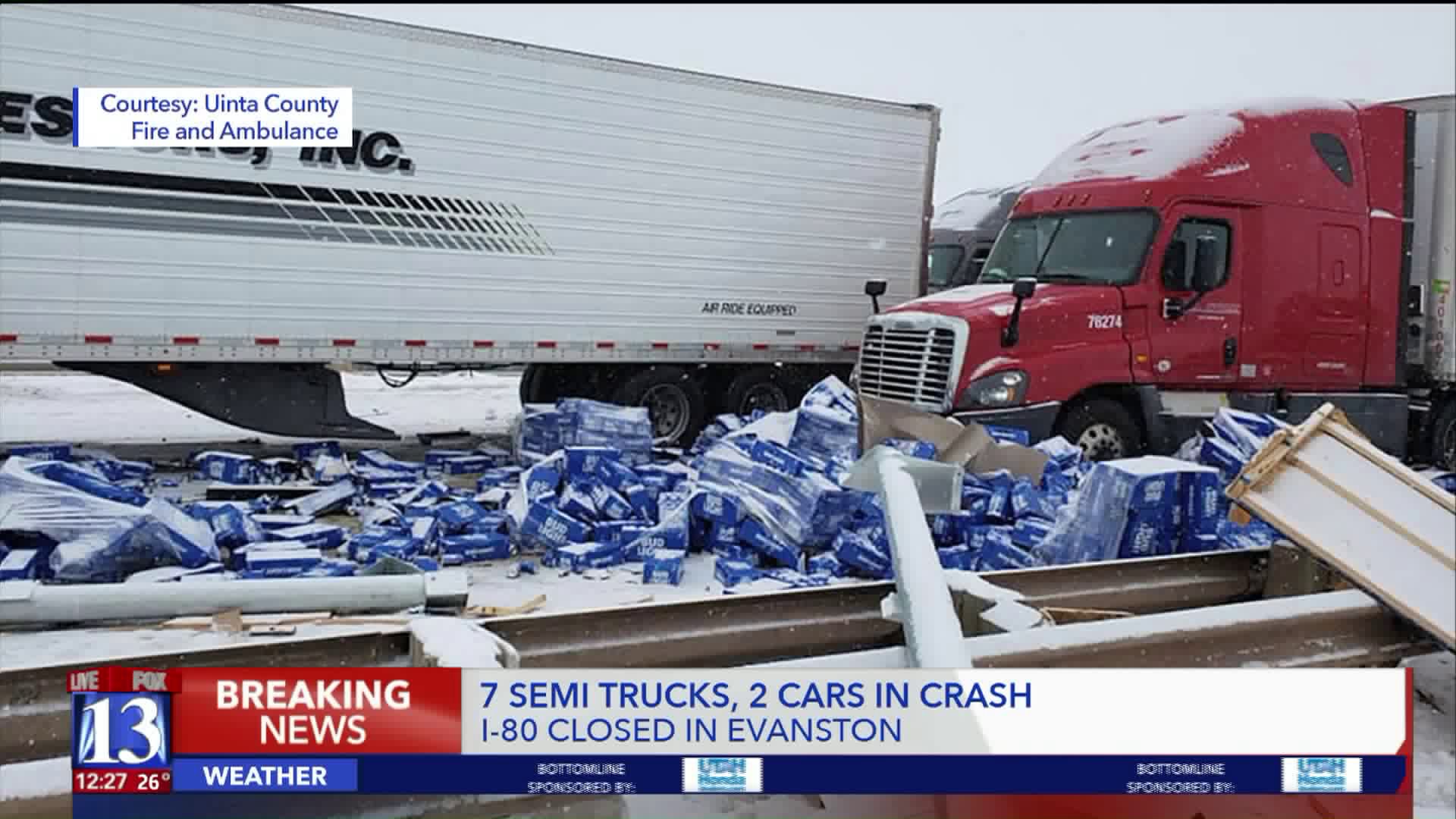 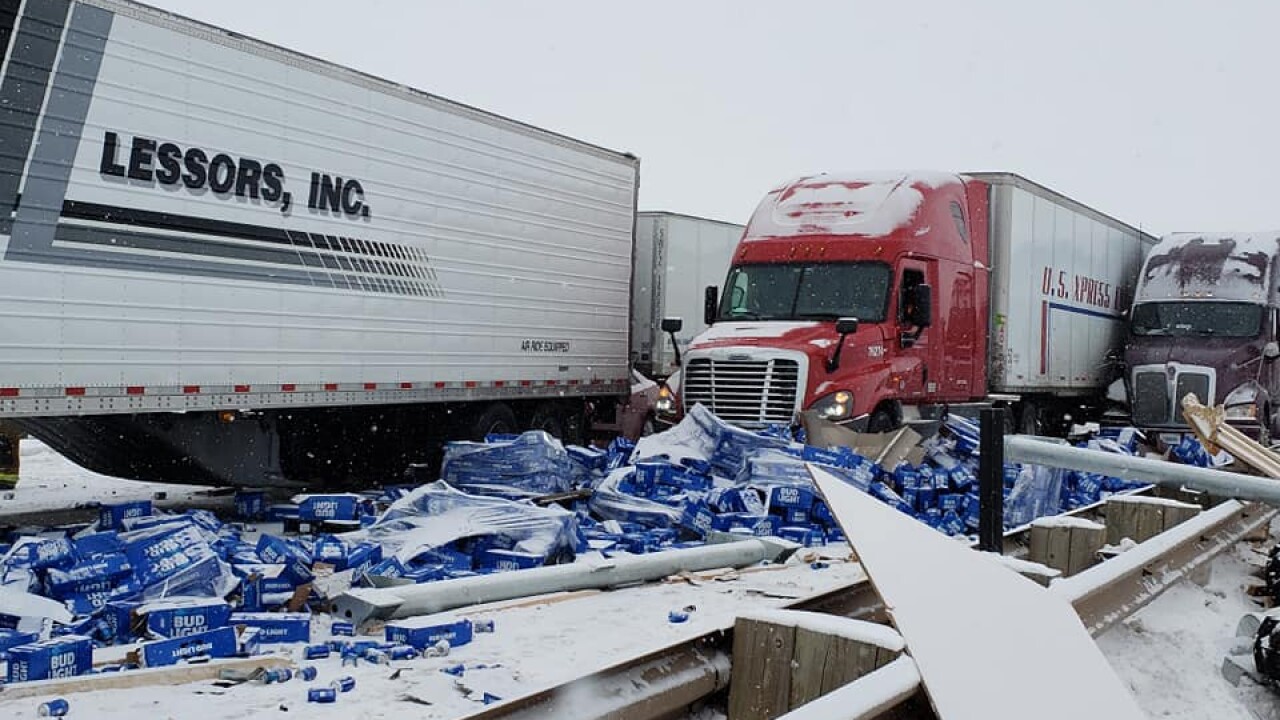 Sgt. Jeremy Beck with Wyoming Highway patrol said eight of the vehicles were semi-trucks. One semi-truck, which was carrying pipes, crashed, spilling the pipes on the highway. A second semi-truck carrying cases of beer stopped in response and was rear-ended by a third semi, causing beer crates to flood the insterstate.

Several other semis crashed into the original three, as did two passenger vehicles. Beck said three people were transported to the hospital with minor injuries.

Wyoming Highway Patrol tweeted Wednesday afternoon that the highway had been reopened in both directions.

As of 4:32 P.M., Interstate 80 has re-opened both directions between Rawlins and Evanston. Traffic delays are easing. For the latest road information check: https://t.co/yTzXyMVowp 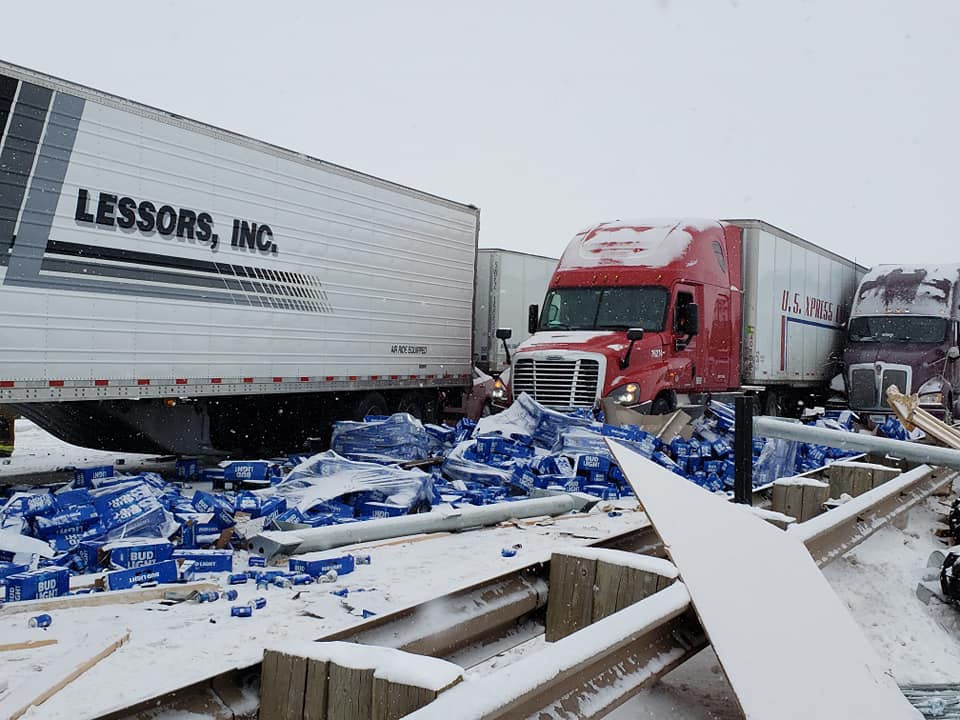