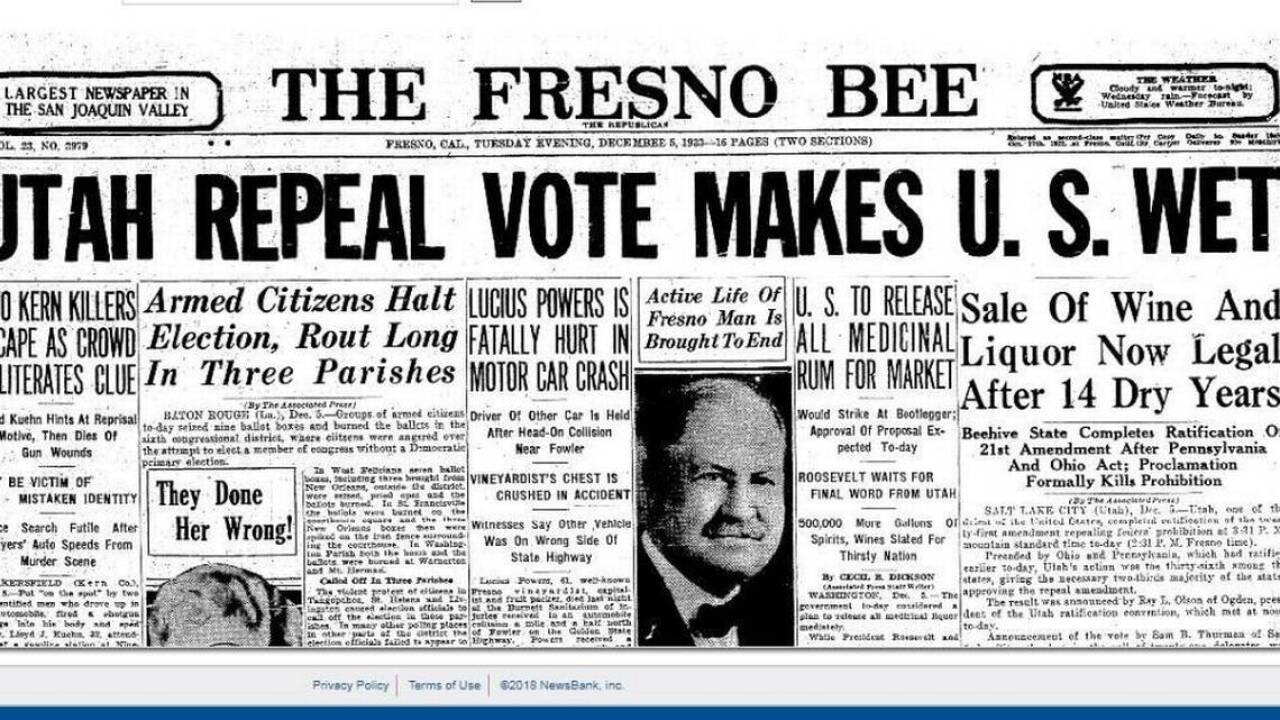 SALT LAKE CITY — It was on this day in 1933 that Utah cast the deciding vote to repeal alcohol prohibition in America.

Headlines across the country blared that Utah was the vote that approved prohibition repeal under the 21st Amendment to the U.S. Constitution.

“Uncertainty Faces the Nation as Liquor Ban Falls,” was the headline in the Deseret News, owned by The Church of Jesus Christ of Latter-day Saints (whose members do not drink).

Here’s a gallery of newspaper headlines from 1933: 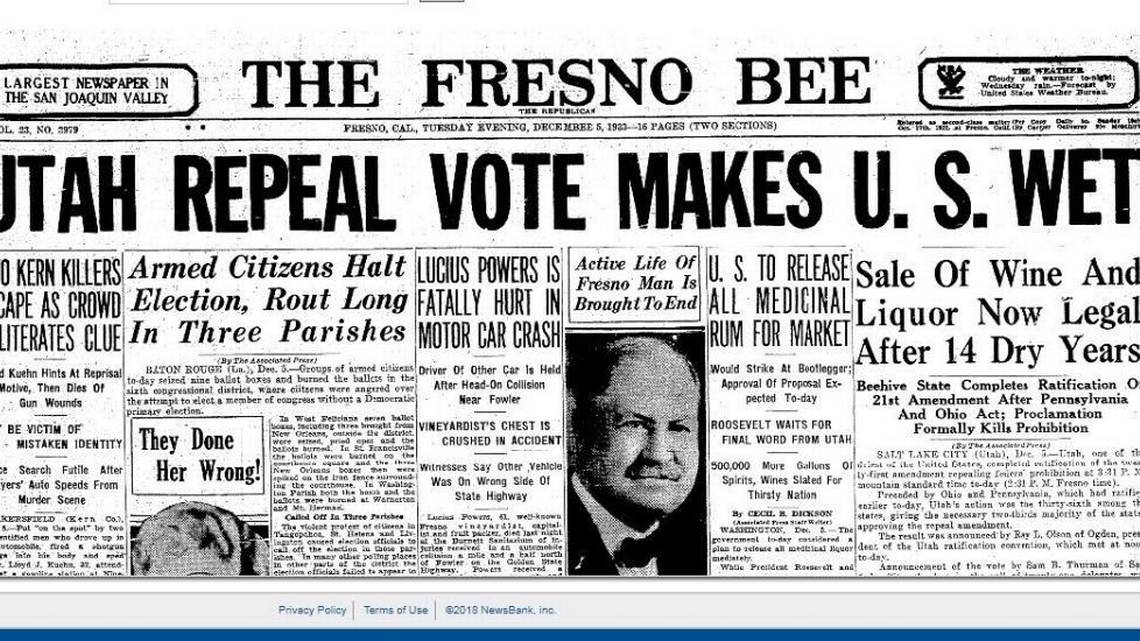 Ironically, Utah still maintains a tightly controlled alcohol distribution system. Spirits can only be purchased in state-run stores and beer sold in grocery and convenience stores is weaker than brews in other states. Liquor also makes a lot of money for Utah. Last year, the Department of Alcoholic Beverage Control reported more than $453 million in sales.