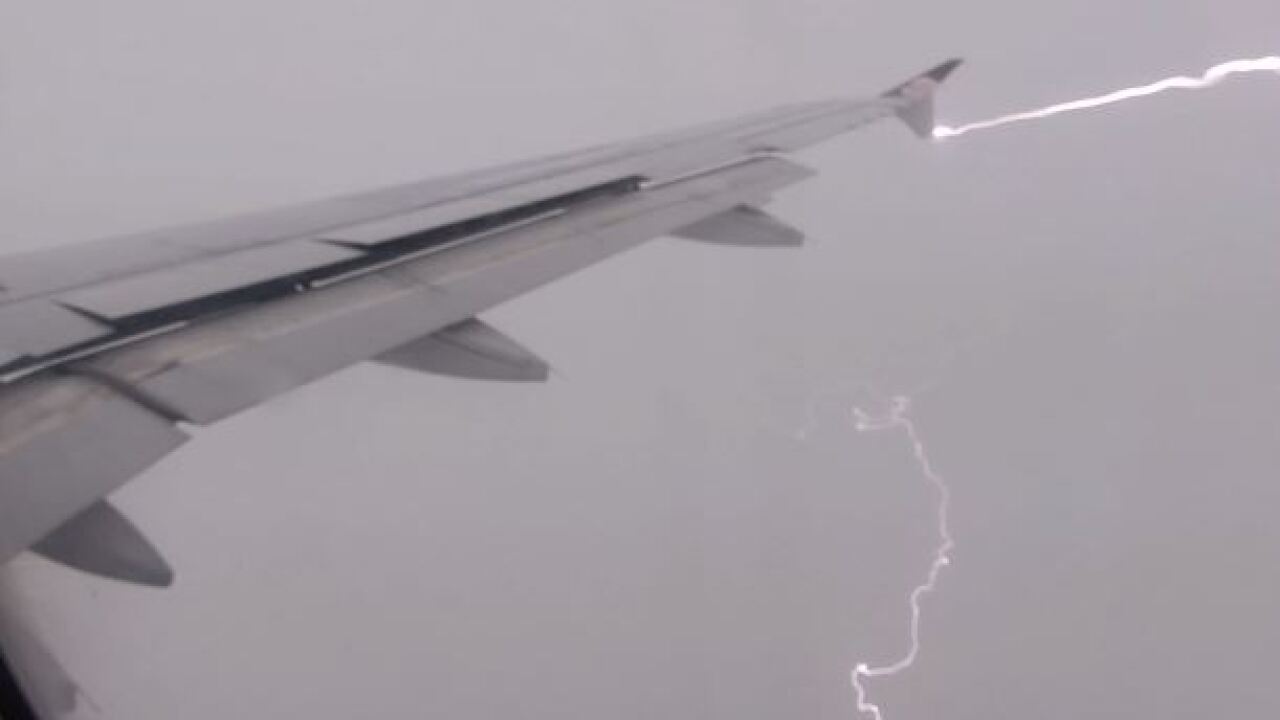 SALT LAKE CITY — A man captured a video Friday of the airplane he was in being struck by lightning while descending into Salt Lake City.

Michael Siggard, a teacher at Timpanogos Middle School in Heber City, said his plane was descending into Salt Lake from Florida at 1 p.m. when the plane was hit by lightning.

Siggard stated that the plane did not appear to be damaged at all, and they landed uneventfully minutes later.

Video of the lightning strike can be seen below:

Fox 13 has reached out to officials with the Salt Lake City International Airport for comment.