UDOT continues to face challenges with another winter storm 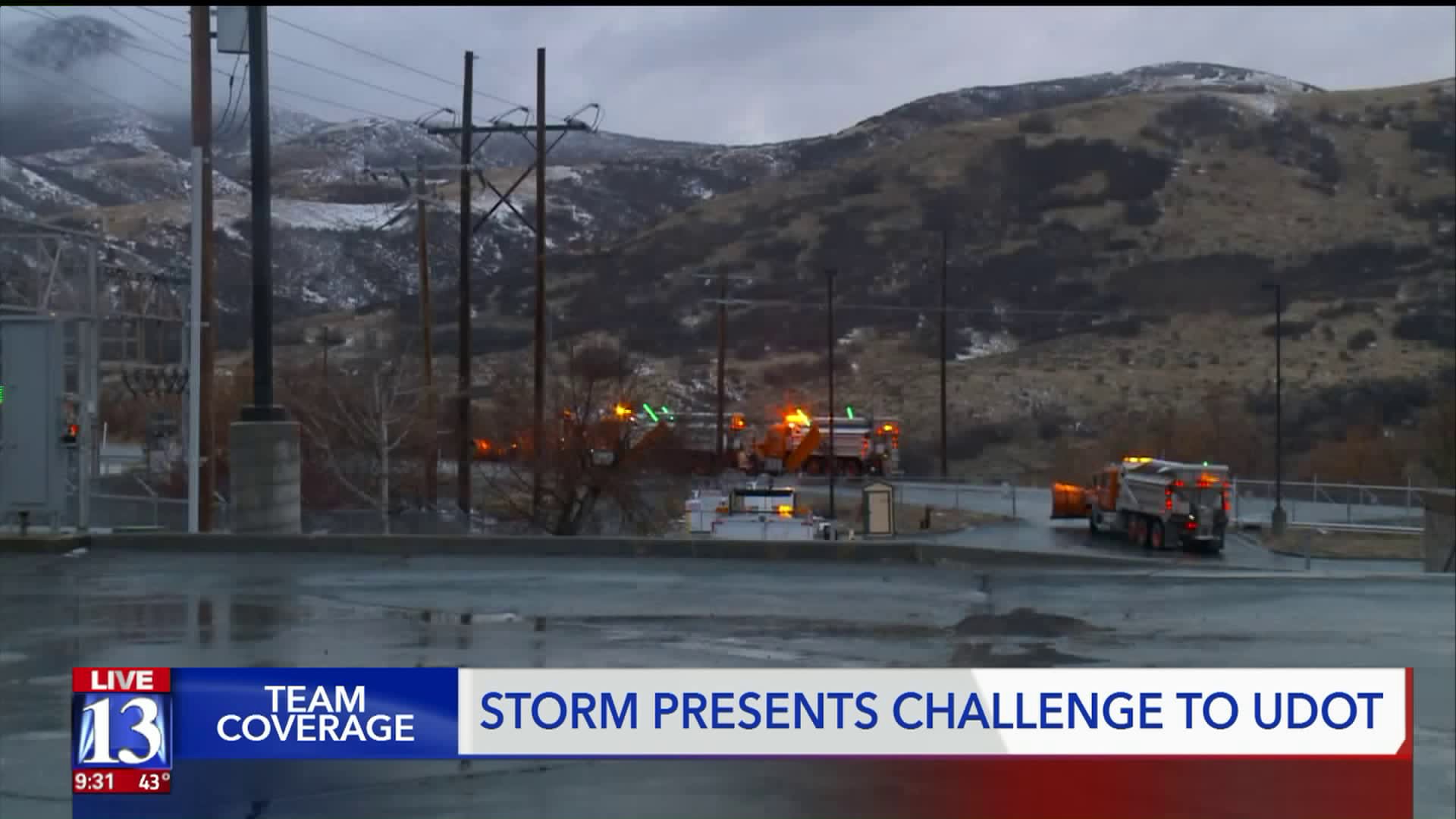 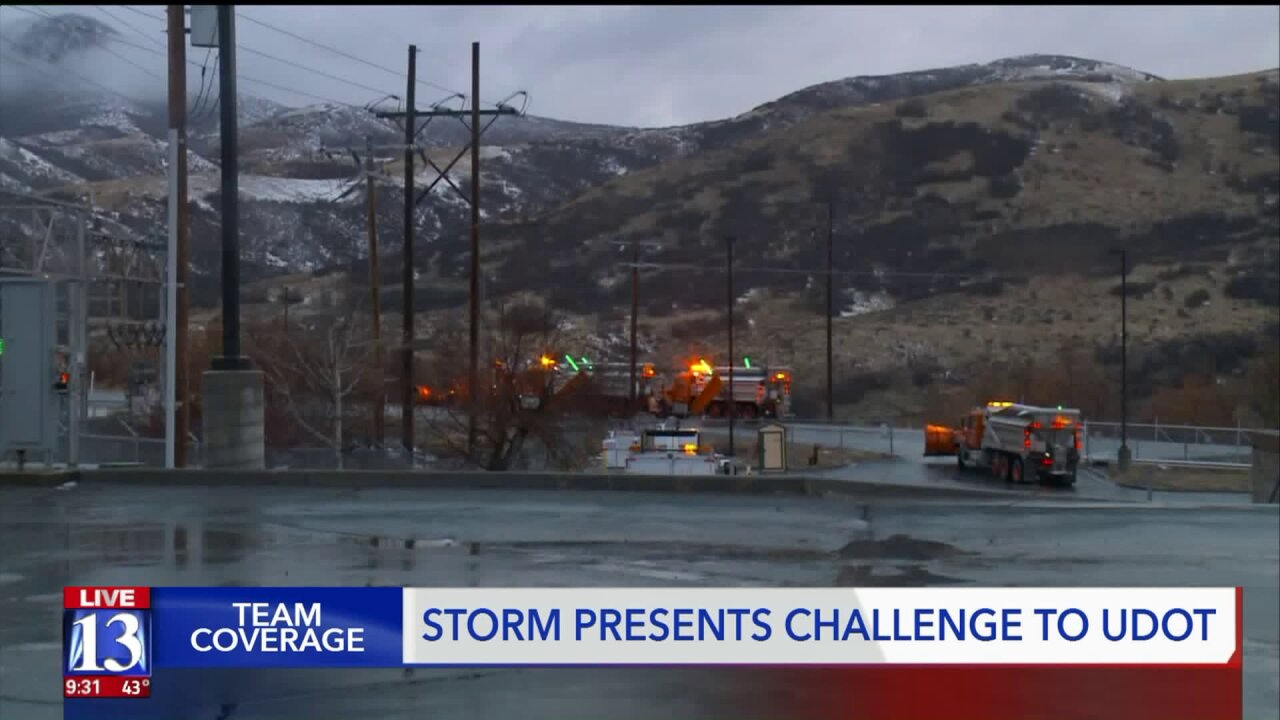 Typically, with snow in the forecast, crews will pre-treat roads with a salt water solution, but rain washes it away.

“We don’t want to put it down if it’s just going to get washed off,” said Roger Frantz of UDOT’s roadway operations team.

Frantz manages UDOT’s Parleys Canyon shed. His crews sprayed another round of the solution late in the afternoon, before temperatures dipped below freezing.

“They are out there treating right now,” Frantz said. “The road was treated, but it’s diluted.”

UDOT has hundreds of snow plows ready to go when the snow starts to fall. The timing of this storm could create problems for Friday’s morning and evening commutes.

“The worst time of day for a storm like this is in rush hour,” said UDOT spokesperson John Gleason.

Because last week’s storm arrived during a holiday weekend, this will be the first to cause problems when a significant number of people are on the road.

“For many of us, it’s going to be the first time we are going to be driving in the snow this season,” Gleason said.

As drivers get reacquainted with sloppy conditions, UDOT is reminding people to be cautious and patient.

“Give yourself extra time to get to where you are going,” Gleason said. “Don’t try to speed up to make up that time because in this type of weather you are not going to do yourself any favors.”