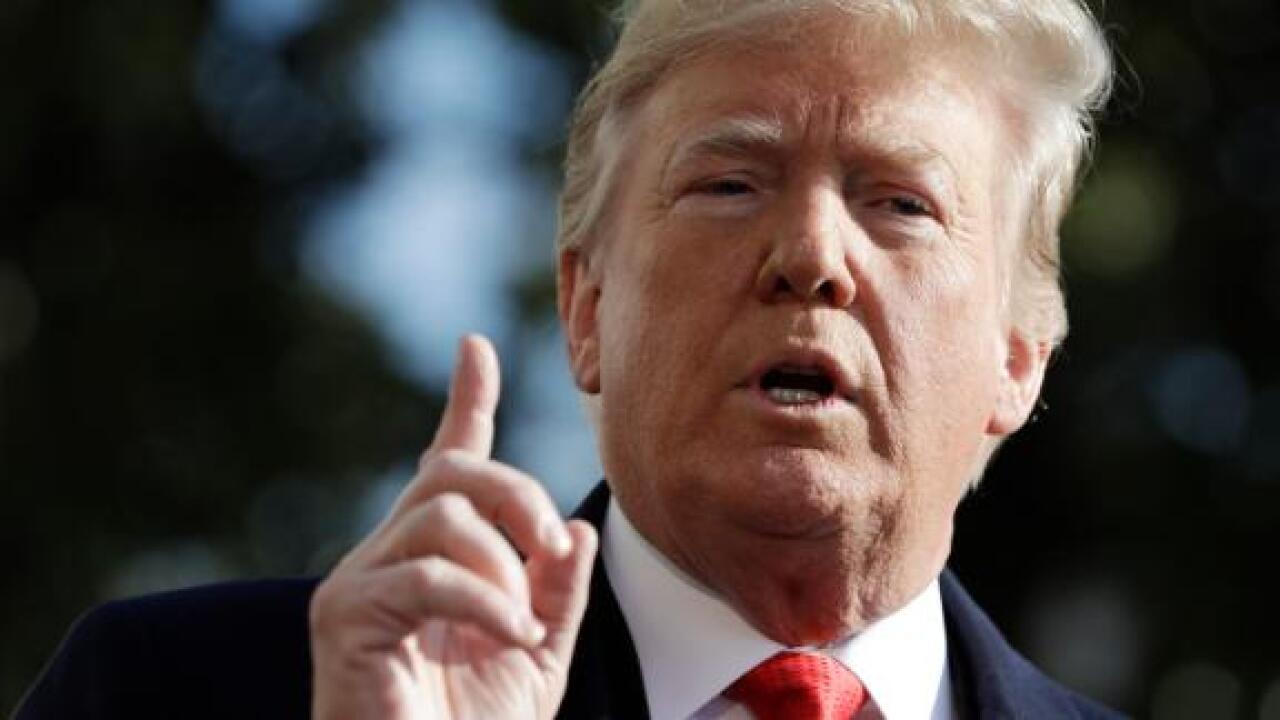 President Donald Trump talks with reporters before traveling to the G20 Summit in Buenos Aires, on the South Lawn of the White House, Thursday, Nov. 29, 2018, in Washington. (AP Photo/Evan Vucci)

“He was convicted with a fairly long-term sentence with things unrelated to the Trump Organization,” Trump said, citing Cohen’s legal issues with mortgages and the IRS.

Trump speculated that “what he’s trying to do is get a reduced sentence.”

He later reiterated: “What he’s trying to do — because he’s a weak person and not a very smart person.”

Trump was emphatic that Cohen was “lying,” but it is unclear what he believes Cohen is lying about.

“Michael Cohen is lying and he’s trying to get a reduced sentence for things that have nothing to do with me,” he said.

The President defended the deal for a possible Trump real estate venture in Moscow. The project, Trump said, “lasted a short period of time,” adding that he decided not to do it because he wanted to focus on running for President.

However, he maintained that “there would’ve been nothing wrong if I did do it.”