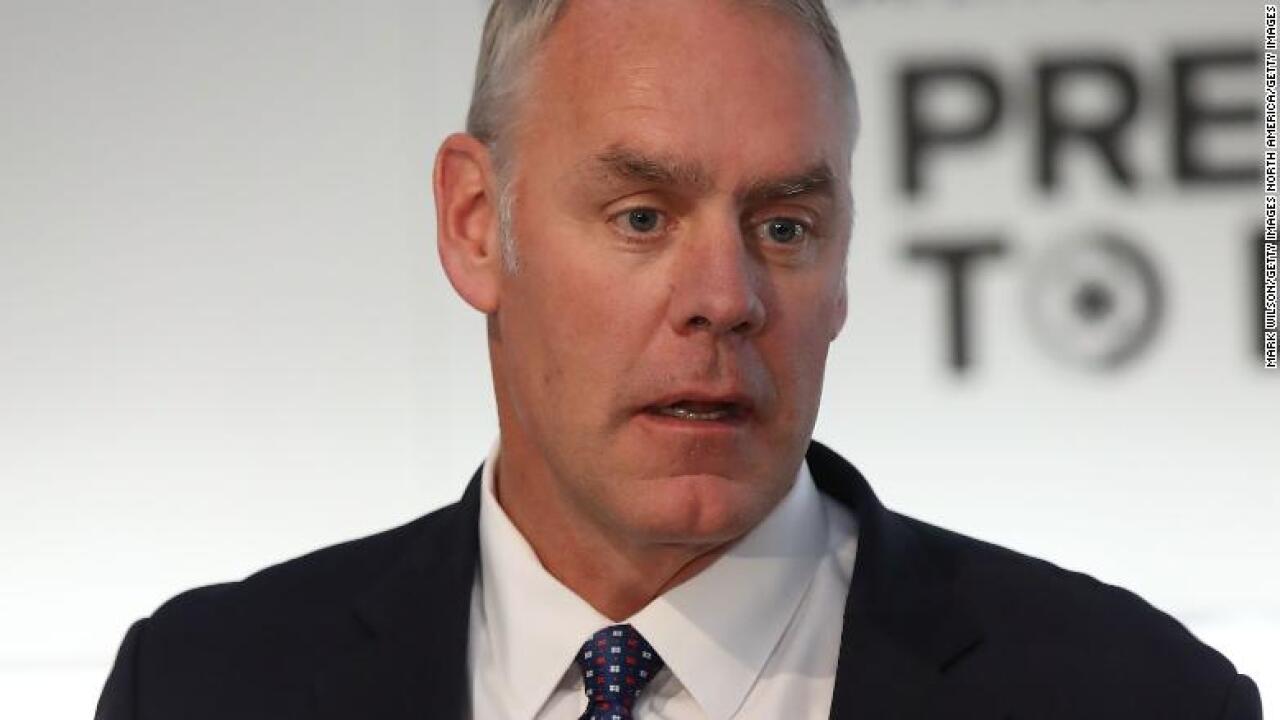 Interior Secretary Ryan Zinke and his aides did not improperly redraw the boundaries of a national monument to benefit a Utah state politician, the Interior Department inspector general has concluded.

The department’s Inspector General’s Office found no evidence linking state Republican Rep. Mike Noel to the redrawing of the Grand Staircase-Escalante National Monument’s border, according to a letter from the office summarizing the findings. Public land advocates had alleged the border was gerrymandered to carve out Noel’s property and a water pipeline.

“We found no evidence that Noel influenced the DOI’s proposed revisions to the GSENM boundaries, that Zinke or other DOI staff involved in the project were aware of Noel’s financial interest in the revised boundaries, or that they gave Noel any preferential treatment in the resulting proposed boundaries,” Deputy Inspector General Mary Kendall wrote in a letter to Deputy Interior Secretary David Bernhardt that was obtained by CNN. The full report on the investigation is not yet public. The Associated Press first reported the inspector general’s conclusion.

President Donald Trump announced last year that he was accepting Zinke’s recommendations and would shrink the size of Grand Staircase-Escalante by about 45% and Bears Ears National Monument by more than 80%.

Zinke wrote in a CNN.com op-ed last December that the redrawn boundaries would “protect these objects of historic or scientific interest while ensuring public access to public land.”

The Western Values Project, a public land advocacy group that has also opposed other actions by Trump and Zinke, raised concerns in February about the contours of the redrawn boundary. The group alleged Noel was “using his positions of power to benefit himself” and the regional water district he runs “at the expense of public lands.”

The group said Zinke and Noel had met at the water district offices a few months before Zinke made his recommendations and that Noel said in 2015 that he had resigned in 1996 from his job with the Federal Bureau of Land Management in protest over President Bill Clinton’s decision to create Grand Staircase-Escalante.

“The redrawn boundary, along with photos of Zinke and Noel together, seem to contradict whatever conclusions have been drawn from this leaked summary,” Western Values Project’s Chris Saeger said Tuesday. He called for the immediate release of the full report.

On Monday, Noel wrote in a Facebook post, “I neither talked to (Secretary) Zinke or anyone in the agency about the monument boundaries associated with my private property, nor did I receive any favorable treatment regarding my property.”

A spokeswoman for the Inspector General’s Office, Nancy DiPaolo, said she could not discuss the scope of the investigation.

“The OIG opens investigations based on credible allegations and reports our findings objectively and independently,” DiPaolo said in a statement.

The inspector general has two open investigations involving Zinke: one into how his department handled a Connecticut casino project and another involving his conversations with Halliburton Chairman David Lesar about a Montana land development project.

Following a referral from the inspector general, the Justice Department is conducting a probe of whether Zinke used his office for personal gain, two sources familiar with the investigation previously told CNN.