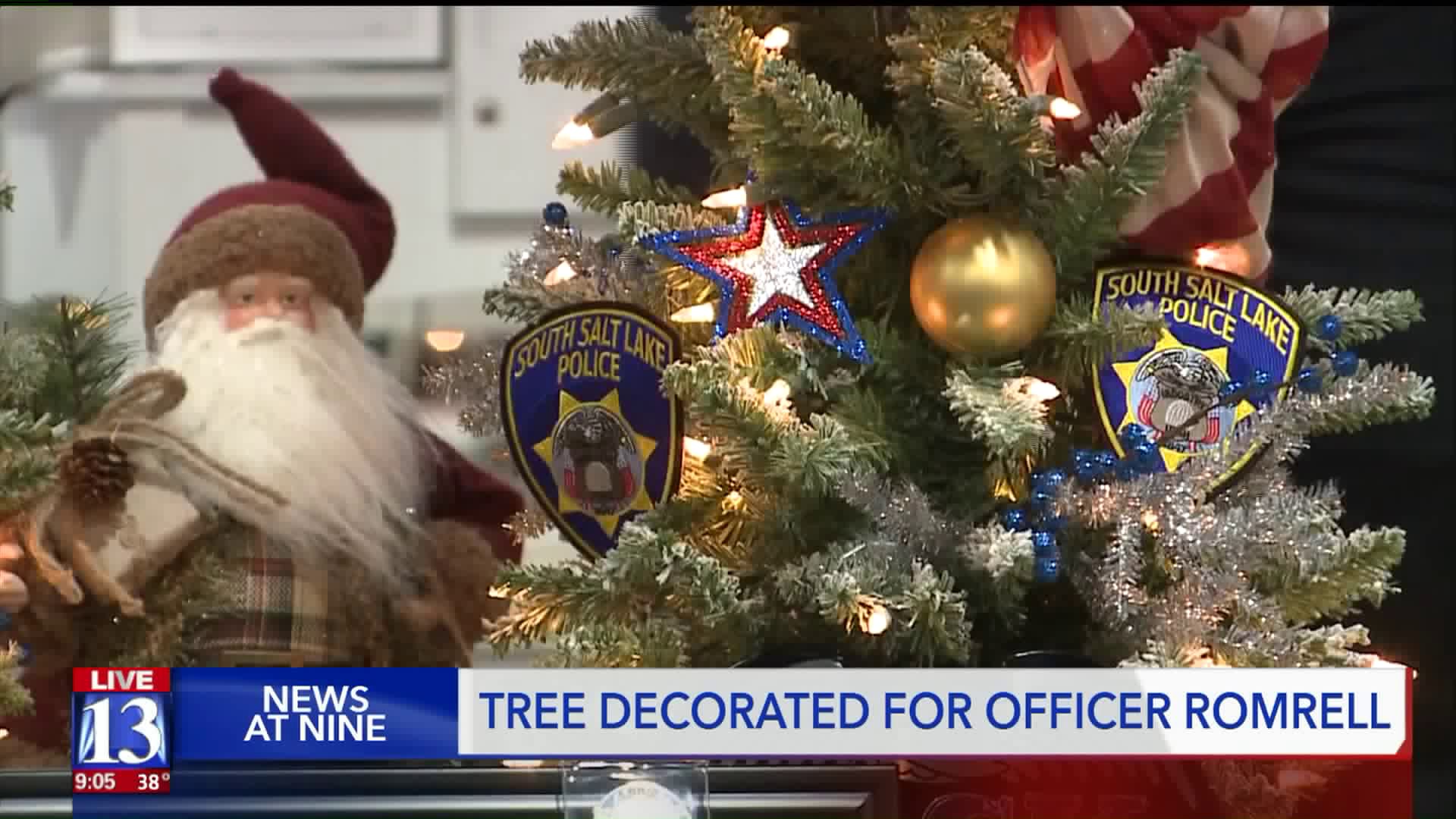 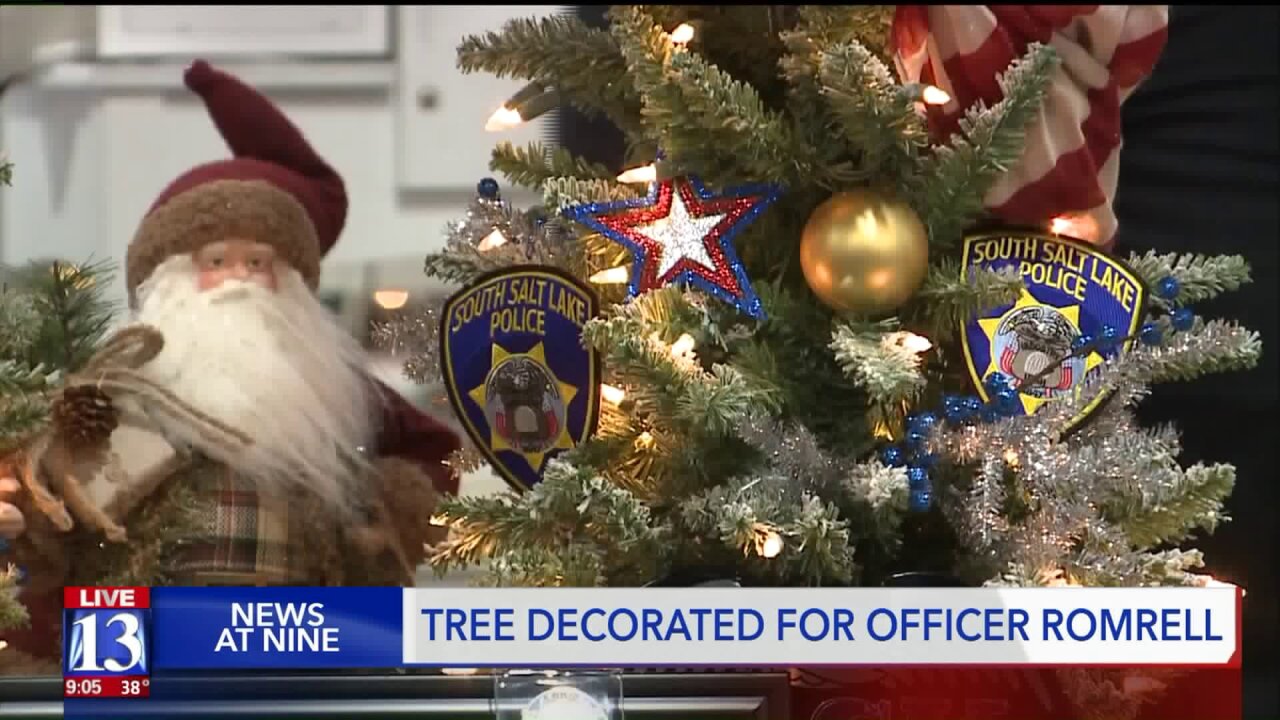 SANDY, Utah — The South Salt Lake police officer who was killed in the line of duty is being honored with a display at the Festival of Trees.

Police say Officer David Romrell died after being hit by a car driven by suspects in a burglary Saturday.

To pay tribute to the officer and Marine veteran, a woman decorated and donated a set of three small trees to the festival.

As the display was up for auction Tuesday, one of Officer Romrell’s colleagues stood by it to greet onlookers.

“It was my privilege just to be here tonight and represent and honor him,” South Salt Lake Police Sgt. Matt Oehler said.

Since the tragedy, nothing has felt the same for Oehler and others who were close to Romrell. This small gesture from someone who has no connection to the fallen officer or South Salt Lake police helps relieve some of the intense grief.

“The last few days have been rough,” Sgt. Oehler said. “They’ve been a roller coaster of emotion. That outpouring has been heartfelt and it’s been incredible.”

Dozens of people offered their condolences to Oehler and shared how they are affected personally by this tragedy.

One man who said he is the uncle of Major Brent Taylor told Oehler a tragedy like this, “reminds you of what’s important in life.”

The display honoring Officer Romrell was sold for $1,025, more than double the opening bid.

All of the proceeds from the Festival of Trees will be donated to Primary Children’s Hospital.

Organizers of the event hope the person who placed the winning bid will donate the trees to the family of Officer Romrell.

The trees will be on display at the Mountain America Expo Center through Saturday.