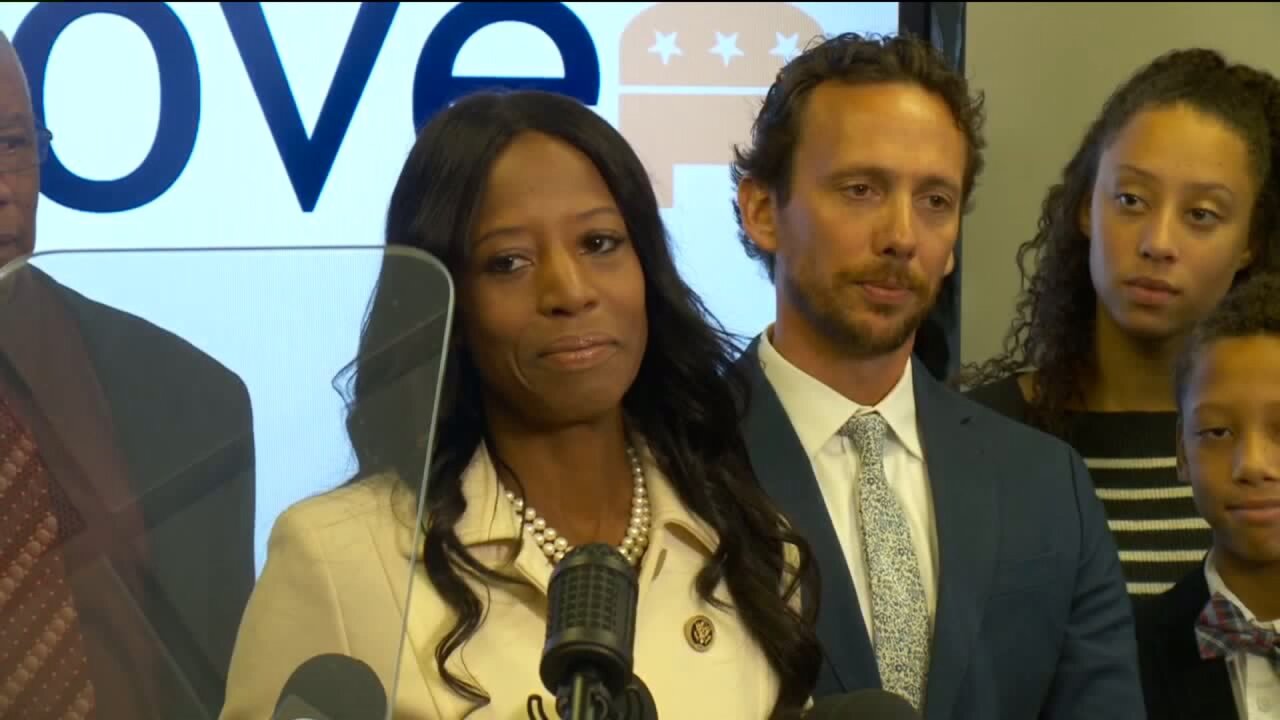 File: a photo of Mia Love

SALT LAKE CITY — Congresswoman Mia Love spoke publicly for the first time since conceding the race for Utah's 4th Congressional District to Ben McAdams, and she addressed comments President Trump made about her during a post-election news conference earlier this month.

"Mia Love. I saw Mia Love, she called me all the time to help her with a hostage situation, being held hostage in Venezuela. But Mia Love gave me no love and she lost. Too bad. Sorry about that, Mia," Trump said in the news conference.

The 4th District race was too close to call at the time of Trump's comment. Love said she was somewhat surprised at the comment, but it gave her some insight into Trump's mindset.

"The president's behavior towards me made me wonder 'What did he have to gain by saying such a thing about a fellow Republican?' It was not really about asking him to do more, was it? Or was it something else? Well, Mr. President, we'll have to chat about that," Love said in a news conference Monday morning. "However, this gave me a clear vision of his world as it is: no real relationships, just convenient transactions. That is an insufficient way to implement sincere service and policy."

Love extolled the Republican party's efforts with issues like poverty and abortion and said she intends to keep supporting those efforts.