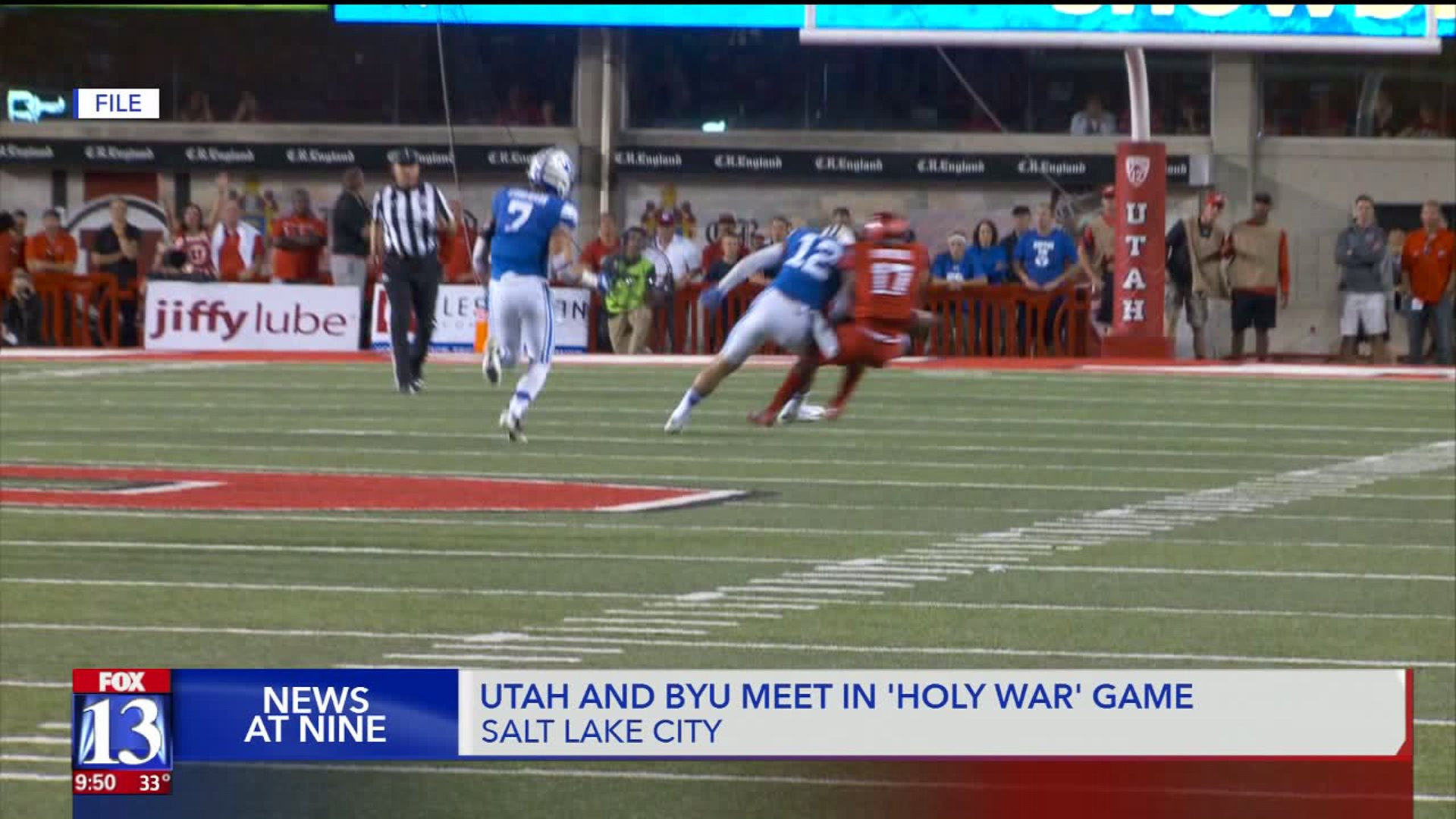 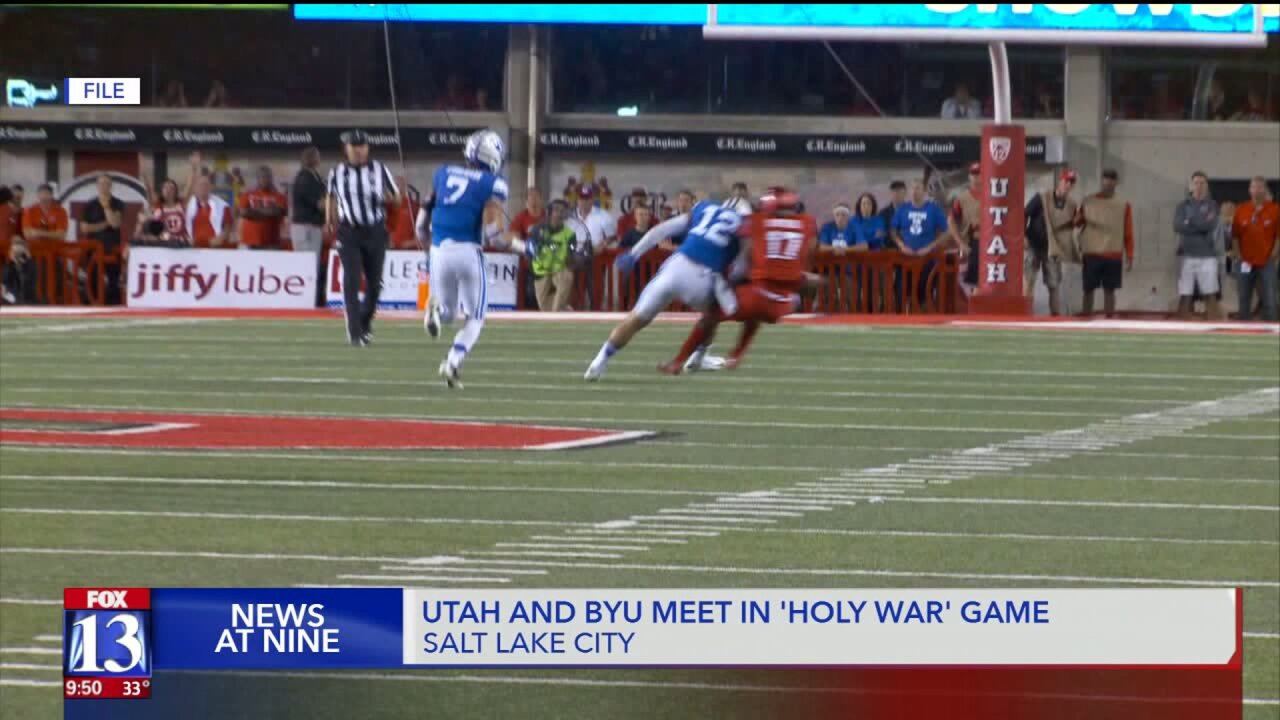 SALT LAKE CITY — The BYU Cougars and the University of Utah Utes braved the cold Saturday for the “Holy War” rivalry game.

The Utes won the last seven games in their rivalry against BYU. Overall, the Utes lead the series 60 to 34, before Saturday’s game.

The Cougars held a lead over the Utes in the first quarter, scoring 13 points. In the second quarter, the Cougars scored seven additional points, leading the Utes by 20.

The Utes were able to rally in the second half of the game, scoring 22 points. The game ended with the Utes winning 35-27.

The Utes are number one in the Pac-12 South. They will face the Washington Huskies in the championships on Nov. 30.

You can watch the championship game here on Fox 13.

Fox 13 took time to speak to fans prior to the game: