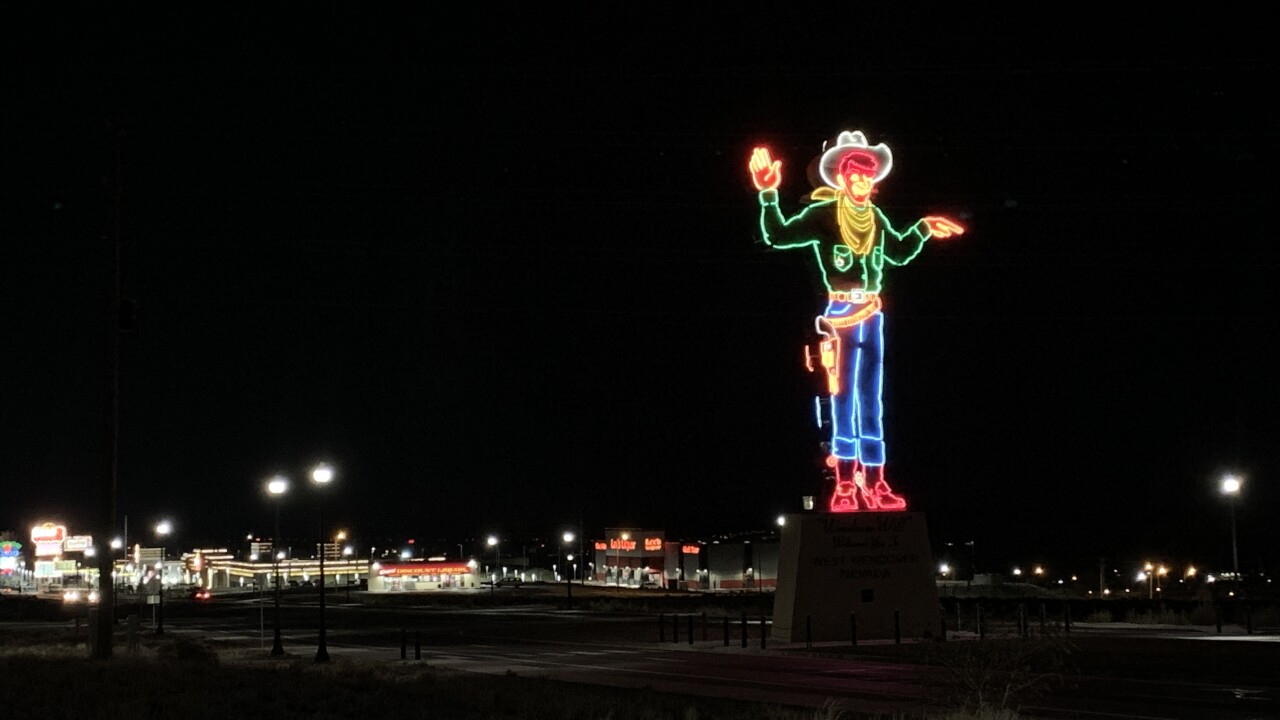 SALT LAKE CITY -- West Wendover bills itself as just a 90 minute drive on I-80 for a weekend of fun.

For many, the casino border town will get even more "fun" with the city council's 3-2 vote on Tuesday night to allow recreational marijuana sales.

The mayor, who has pushed for recreational cannabis sales for nearly two years now, believes it will be an economic benefit to the community. West Wendover has about 5,000 residents but grows to 20,000 on weekends -- mostly Utahns who leave the Salt Lake City area to gamble, take in a concert or visit the discount liquor stores.

"Pot tourism" could be another reason for Utahns to make a run for the border. Like many things that are legal in Nevada, marijuana is illegal in Utah.

There are potential problems: Nevada's recreational marijuana laws make it illegal to consume in public. It's forbidden inside casinos and it is a crime to transport it across state lines.

"I anticipate we will have a lot of people here," Mayor Corona said. "We have to make sure we stress to those who are coming from Utah or out of state to purchase marijuana that it is illegal to transport across state lines."

But the Utah Highway Patrol tells FOX 13 it is not anticipating any extra enforcement along I-80 near the Utah-Nevada border as a result of West Wendover's vote.

Sgt. Street, a spokesman for the agency, said even if Utahns were purchasing personal quantities of recreational cannabis and driving it across the border, they couldn't pull them over without probable cause.

"Even if a trooper were sitting out there watching cars going westbound and coming back an hour later eastbound, it’s not like that’s reason enough just to go stop somebody on suspicion of maybe purchasing marijuana in Nevada," he said. "They would still need a lawful reason to stop that vehicle, be it speed, equipment violations, not wearing their seatbelt."

Sgt. Street cautioned that if crashes were to increase along that stretch of I-80 and the common link were marijuana, then the UHP might focus enforcement efforts to reduce them.

Councilwoman Jasie Holm said it was her hope recreational marijuana didn't become a public safety problem for Utah or Nevada.

"I hope that Utah people respect the laws and do things right. This is a big playground for the Wasatch front and we want to continue that," she said.

Recreational marijuana may prove to be a draw to medical cannabis patients in Utah who would be frustrated with how the legislature has handled Proposition 2. The citizen ballot initiative, approved by voters earlier this month, will be swapped out by lawmakers with a "compromise bill" negotiated by opponents and sponsors. But critics have said the requirements under the bill may be too difficult for patients who have to go through special state-run "pharmacies" to get what voters legalized.

"Since the powers-that-be won't be implementing a workable program here any time soon, it's only natural that frustrated patients will feel justified in getting their medicine where and how they can," said Christine Stenquist, the president of Together for Responsible Use and Cannabis Education (TRUCE) which has advocated for medical marijuana in Utah.

The West Wendover City Council is exploring ways to educate and accommodate Utahns interested in "pot tourism." They're contemplating having signs put up a the city's lone dispensary warning about the crime of transporting it across state lines. Mayor Corona said some cities are exploring the idea of creating special "consumption lounges," places were people can legally consume cannabis. He said he would like to see how it's handled in places like Las Vegas before considering it in West Wendover.

"We have to make sure we’re being good neighbors and make sure we tell people not to transport across state lines," the mayor said.

Deep Roots Harvest, which holds the license for a dispensary in West Wendover, told FOX 13 it plans to open in summer 2019.