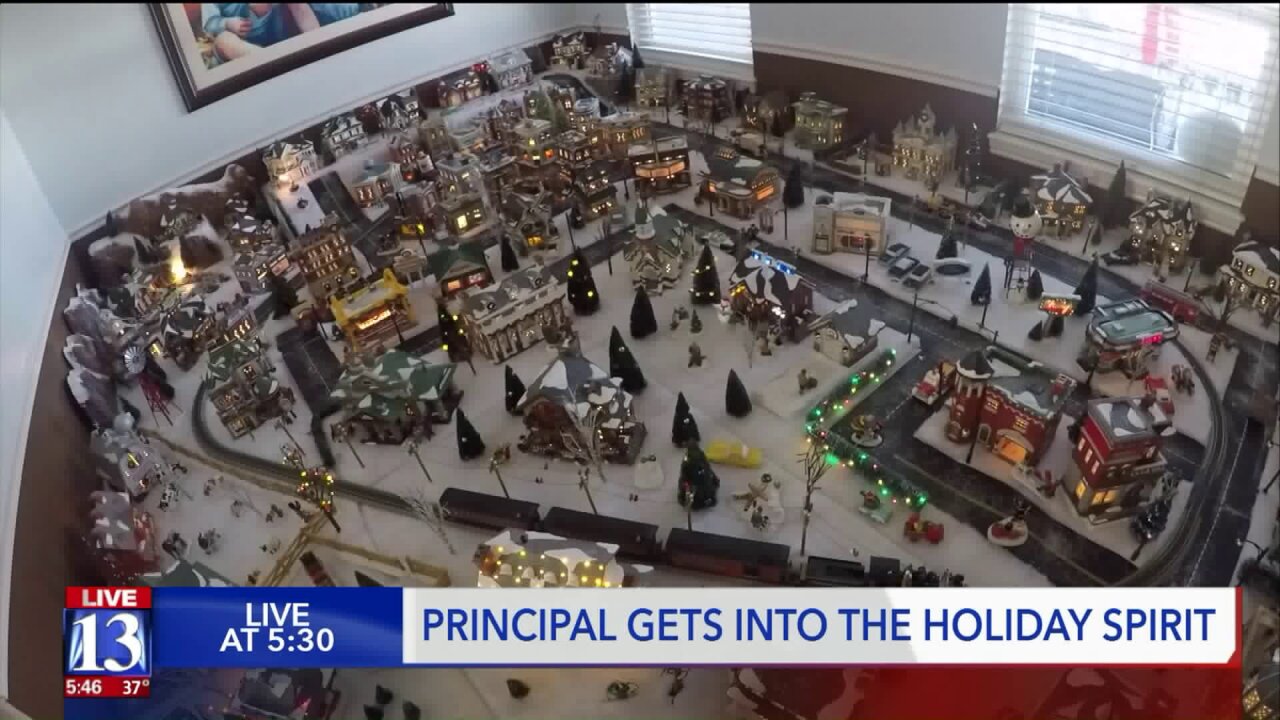 HERRIMAN, Utah — A Herriman school principal is redefining what it means to ‘deck the halls’ by turning his home into a winter wonderland.

Rodney Shaw, who is the principal at Fort Herriman Middle School, said he began putting up his display before Halloween. Now, a day before Thanksgiving, it’s finally all ready.

Around his Riverton house in nearly every room, you’ll find holiday decorations and 14 Christmas trees. Seven of those trees are full size and feature their own theme.

In the family room, a 9-foot-6-inch tree dons traditional German cuckoo clocks, Nutcrackers, pickle ornaments and other decor from the European country.

Shaw said this tree catches the essence of where the Christmas decoration came from. Around the room, he’s set out Nutcrackers as well as the original version of St. Nick.

In his bedroom, Shaw showed off a 1940s/50s themed tree, complete with all the ornaments and tinsel you’d expect to see on a tree from that decade. He said he wanted to honor his grandparents with that tree and spent months tracking down ornaments from that time period.

An outdoorsy, log cabin-themed tree sits in Shaw’s office. He even arranged pieces of his grandfather’s old bamboo fishing rod in it.

Other tree themes include snowman, gingerbread and candy, and whimsical fairies.

In the living room of the family’s home, the entire space is a Christmas town named Snow Village.

The village features fun details, including a train that whizzes around the lively village. A theater marquis advertises the movie, "How the Grinch Stole Christmas!" Lights blink on the sign for ‘Shelly’s diner,’ while patrons sit inside. Kids sled down a hill and a fire fighter saves a cat from a tree.

The scene captures Shaw’s own childhood nostalgia. He explained that he used to watch his aunt decorate for Christmas.

“She had a little village, and I would just sit all the time when I was little and stare and make believe I was there and that was my house, and my town,” he recalled. “I just fell in love with Christmas.”

Now, Shaw shares that love and Christmas cheer with family, friends and his school. He indicated that he hopes others who see his display can feel happiness, and holiday magic.