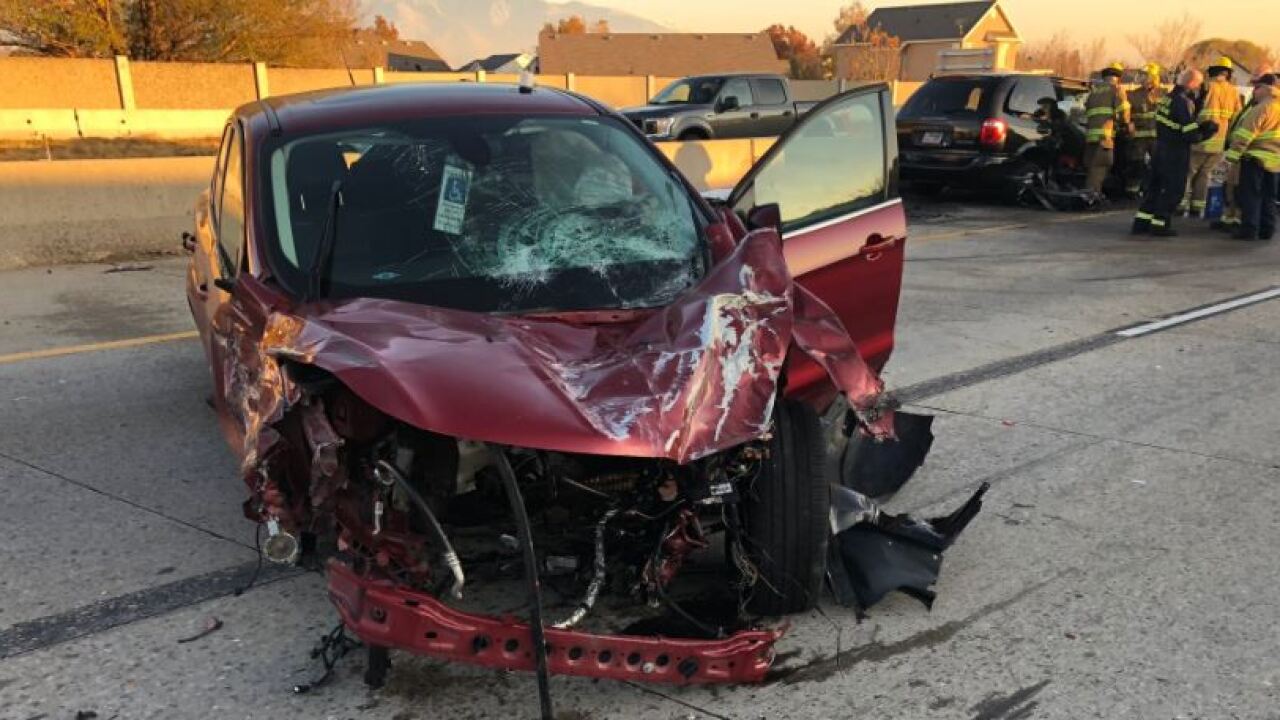 WEST JORDAN, Utah -- An elderly man who caused a series of wrong-way crashes on Bangerter Highway Tuesday night has died.

Wednesday morning West Jordan Police confirmed 90-year-old Ronald Newsome, the driver of the wrong-way vehicle, died as a result of injuries suffered in the crash.

Six  people were transported to the hospital Tuesday after the man entered a roadway in West Jordan going the wrong way, striking multiple vehicles before coming to a stop.

According to Sgt. J.C. Holt with the West Jordan Police Department, Newsome may have been having medical issues when he turned onto southbound Bangerter Highway at 7000 S. and traveled northbound.

The man was coming directly at traffic, Holt stated. Cars had to swerve and avoid the man's car as he continued northbound.

Holt said the man hit one car, as well as a West Valley City police officer's vehicle who was on the way home from training.

The officer was injured, but not taken to the hospital by ambulance because his injuries were not serious, Holt said.

The elderly man continued to travel northbound on Bangerter, then hit a minivan with five people inside, according to Holt. One of the individuals in the van has to be extricated by crews following the accident.

Another truck was hit during the accident and was dragged "a couple hundred feet," Holt stated.

Six people total were taken to the hospital following the accident.