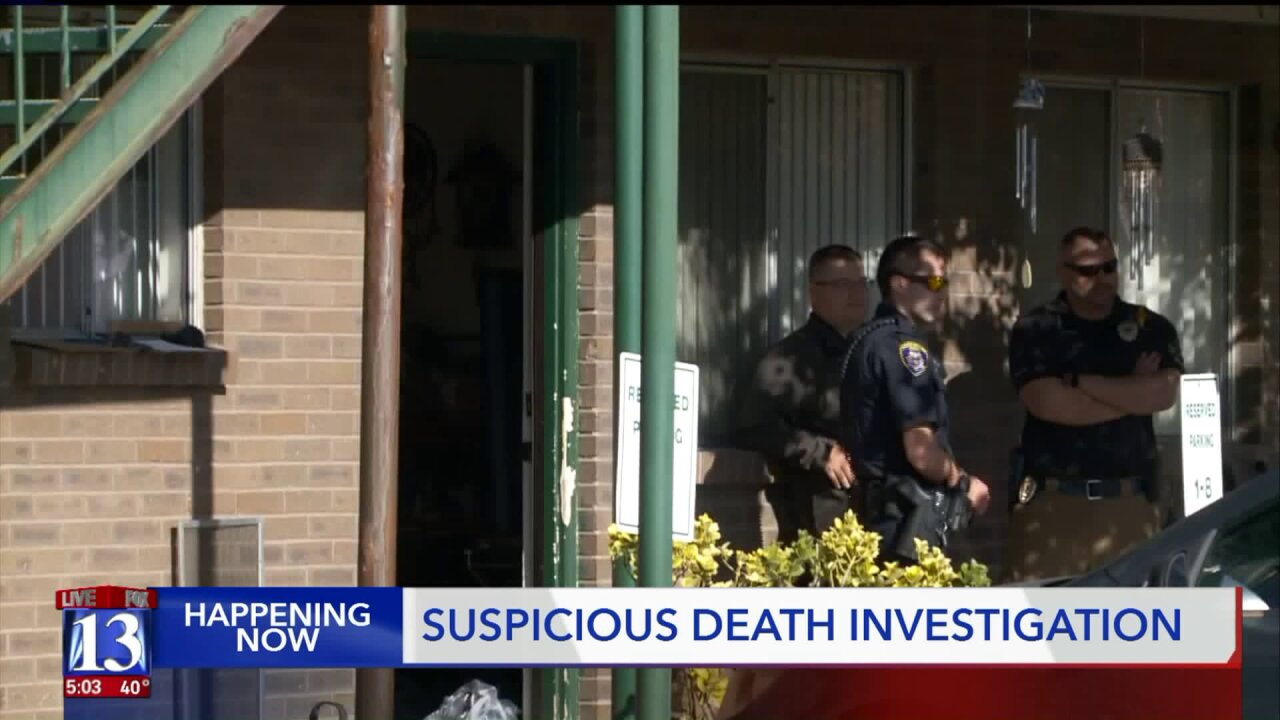 SOUTH SALT LAKE, Utah -- A man died in South Salt Lake under suspicious circumstances Tuesday morning after police were called to the report of a fight at an apartment complex.

When officers arrived at the scene of the reported fight, Keller said they found a 52-year-old man inside an apartment unconscious and not breathing. The man was taken to the hospital where he was pronounced dead.

When neighbor Britnie Andreason and her son heard yelling coming from the unit below around 10:30 a.m., she said she didn't think much of it at first.

"I woke up and pounded on the floor like usual because they’re always fighting," said Andreason.

When the fighting continued, she and her son went downstairs to confront their neighbors.

"My son had seen the gentleman laying on the floor in the fetal position. He looked like he was dead," said Andreason.

When she asked the woman who answered the door what happened, she mentioned a knife.

"There was [a] conversation of a knife being used. I don’t know if it was him or it was the perpetrators," said Andreason.

"A man that was down, was unconscious, not breathing. There was talk of a stabbing that occurred," said Keller.

However, when police arrived on the scene, they didn’t find any indication of a stabbing. No wounds whatsoever.

Police have since located a person of interest, a man who left the apartment where the suspicious death occurred. Police identified him as Mark Cordova, 36, and said he is cooperating with the investigation.

Cordova was booked into jail on an unrelated drug charge, according to police.

Andreason didn't know her neighbor well but said he was known to welcome people into his home.

"There’s a few people that are coming in and out of there that are always fighting," said Andreason.

Police hope some of those visitors will shed some light on what happened to this man.

"It's kind of a mystery," said Keller.

Police are not releasing the victim's name pending notification of family members.