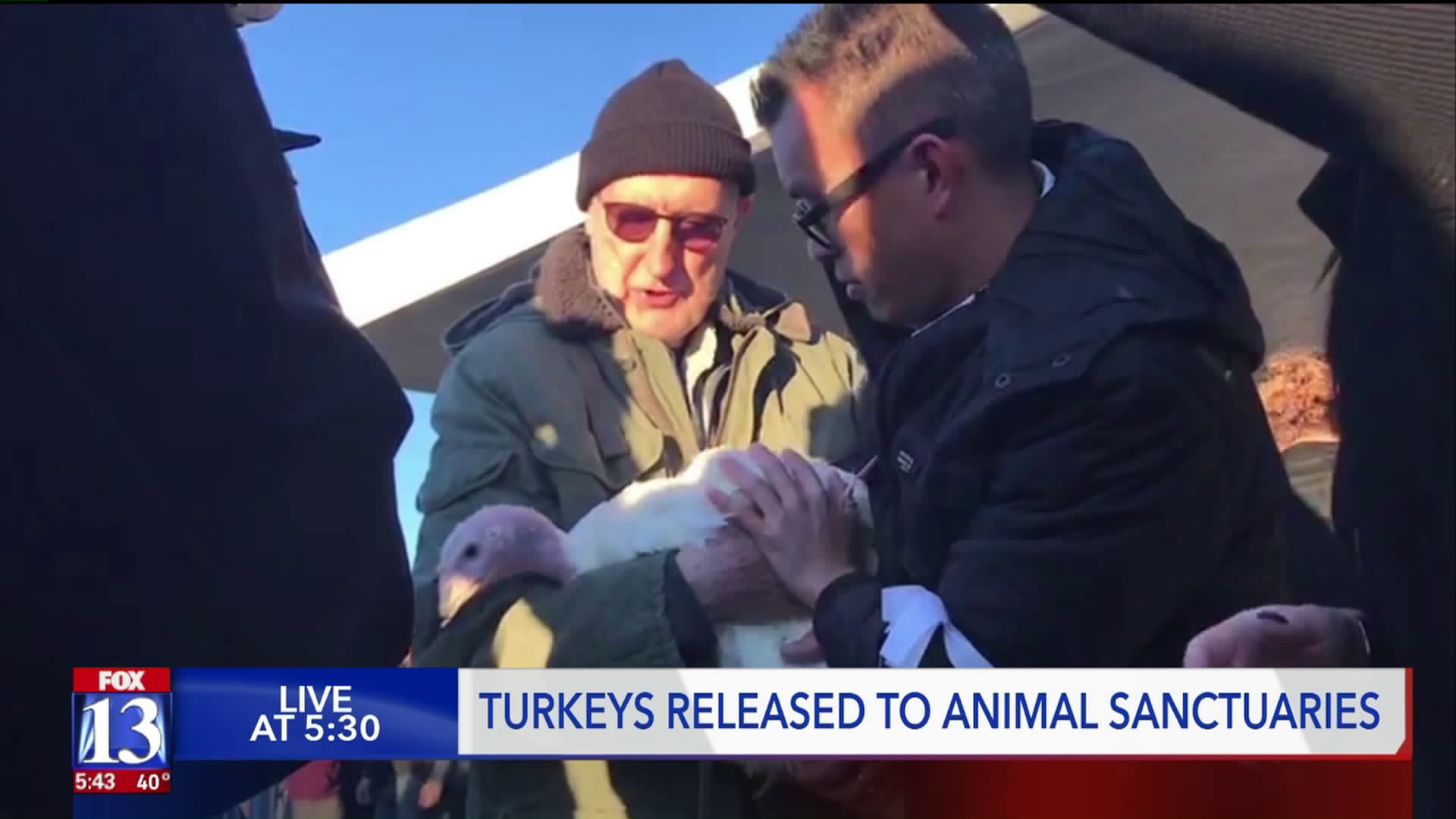 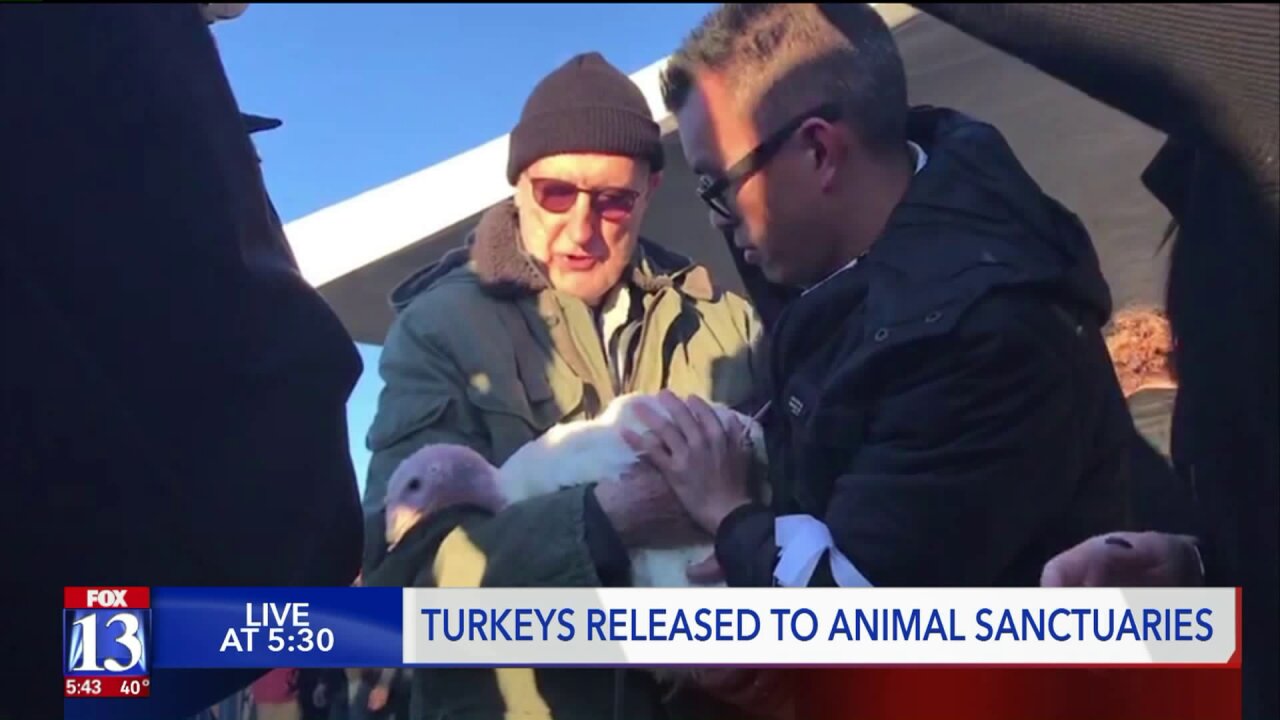 SALT LAKE CITY -- To show people another side of the holiday, members of the international animal rights group, Direct Action Everywhere, met up in Salt Lake City this weekend.

Hundreds stopped traffic downtown as they marched two miles to Whole Foods in Trolley Square where they condemned the company for animal cruelty.

Then Monday morning, joined by actor James Cromwell, who became a vegan after starring in the movie Babe, the activists headed down south to Norbest Farms in Moroni. Among the activists are five people who could face up to 60 years in prison, for rescuing a turkey from this same farm last January.

Cassie King is a member of Direct Action Everywhere who’s been participating in this Utah based event.

This turn of events was made possible due to an unlikely friendship between Direct Action Everywhere founder, Wayne Hsiung and Norbest Farms owner, Rick Pitman.

“Activists are facing felony charges for rescuing a sick turkey from this farm in the past and the owner of the farm himself has come out against those charges, said these activists don't deserve that for an act of compassion,” said King.

In this alternative act of Thanksgiving mercy, Norbest is releasing a hundred turkeys to these activists who plan to take them to local sanctuaries.