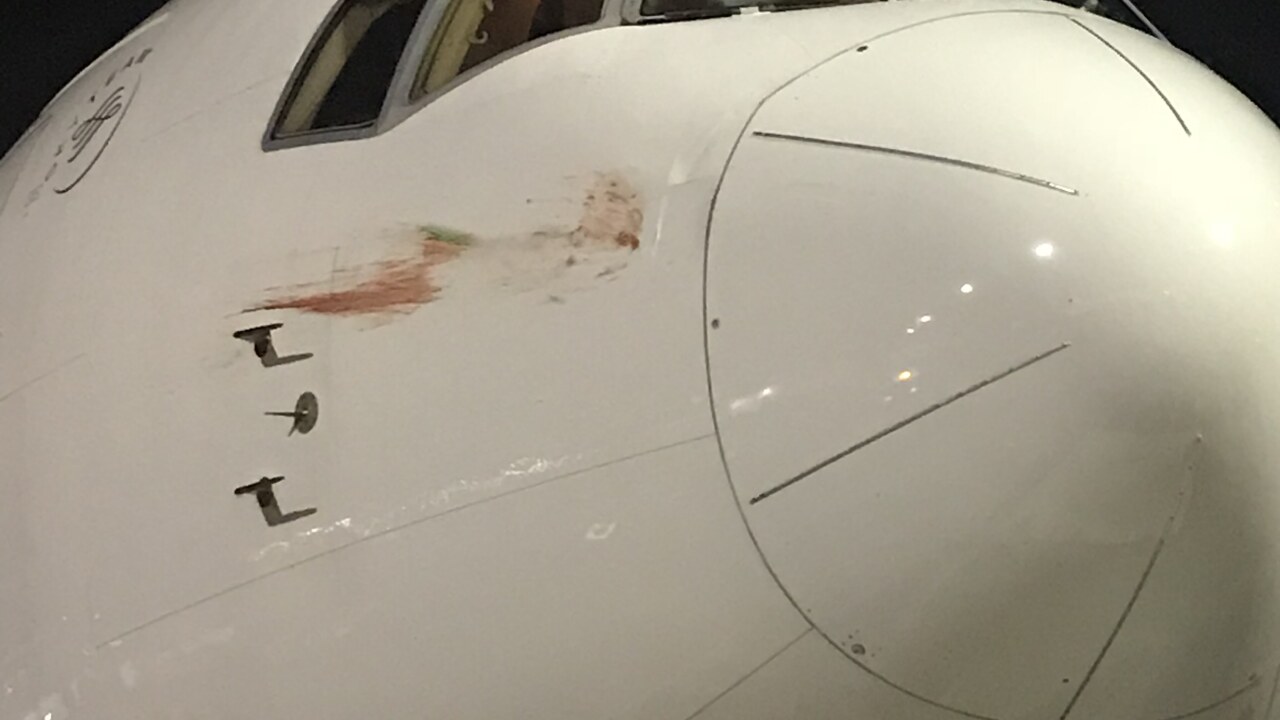 SALT LAKE CITY — A flight bound from Salt Lake City to Paris had to turn around Saturday after “encountering birds,” which appeared in photos to have been killed by the aircraft.

Delta Airlines said in a statement to Fox 13 that flight 248, which was headed to Paris, encountered birds during its ascent.

“The flight landed safely and returned to the gate, where customers deplaned normally,” Delta said.

Salt Lake City International Airport confirmed that the flight was supposed to go to Paris nonstop. It took off around 6 p.m. but circled back around after it hit the birds, landing 10-15 minutes after taking off.

The flight did not take off again, a spokesperson for the airport stated.

“The safety of our customers and crew is Delta’s top priority, and we apologize for any inconvenience this has caused,” Delta wrote.

Photos of the aircraft can be seen below (warning, some may be considered graphic by some viewers)