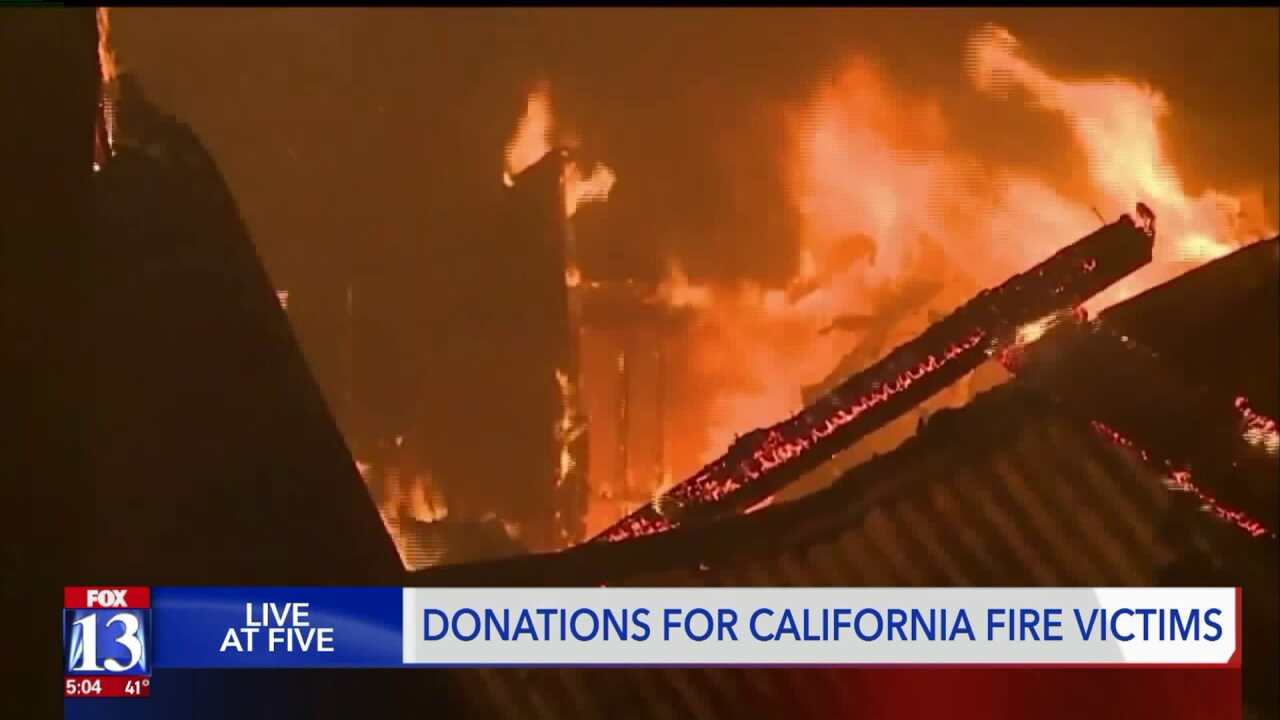 SALT LAKE CITY -- Organizations and businesses in Utah are gathering items and packing boxes of supplies, to bring to families and pets affected by the wildfires in California.

Volunteers from churches across the country come to UMCOR West to help assemble the kits together, and UMCOR explained that churches around the nation also send supplies to the warehouse.

On Tuesday, a group of women from a United Methodist church in Elk Grove, CA sat in an assembly line around tables, filling patterned bags with school supplies for children's kits.

"At least it's something that will give some normalicy, even if it's just having something for the kids to do at the evacuation centers," said Mary Popish, the team leader.

The group said it arrived Monday, not realizing at first that the women would end up helping their own communities at home.

"They come here and they're serving the people that they just left, so it really is a full circle," said UMCOR West Associate Director Brian Diggs.

He said they'll send off 52 pallets full of goods in a semi truck on Wednesday.

Most of the pallets contain a couple dozen buckets filled with cleaning supplies, and Diggs said some pallets are stacked with boxes of school items and hygiene kits.

Around the corner from the UMCOR warehouse, at Black Rifle Coffee Company, bags of dog food and pet supplies sat stacked outside.

He said another person within the company came up with the idea, after having to evacuate from Elk Ridge due to the Pole Creek and Bald Mountain fires in Utah. Around the same time, Broderick indicated that a wildfire came close to where he lives in Lake Point.

He explained that seeing what was going on down in California hit close to home, and they wanted to help.

"We knew there had to be a demand for dog food, for supplies, pet beds-- anything to help the animals in those fires," he said.

They're also accepting donations to go toward the purchase of dog supplies.