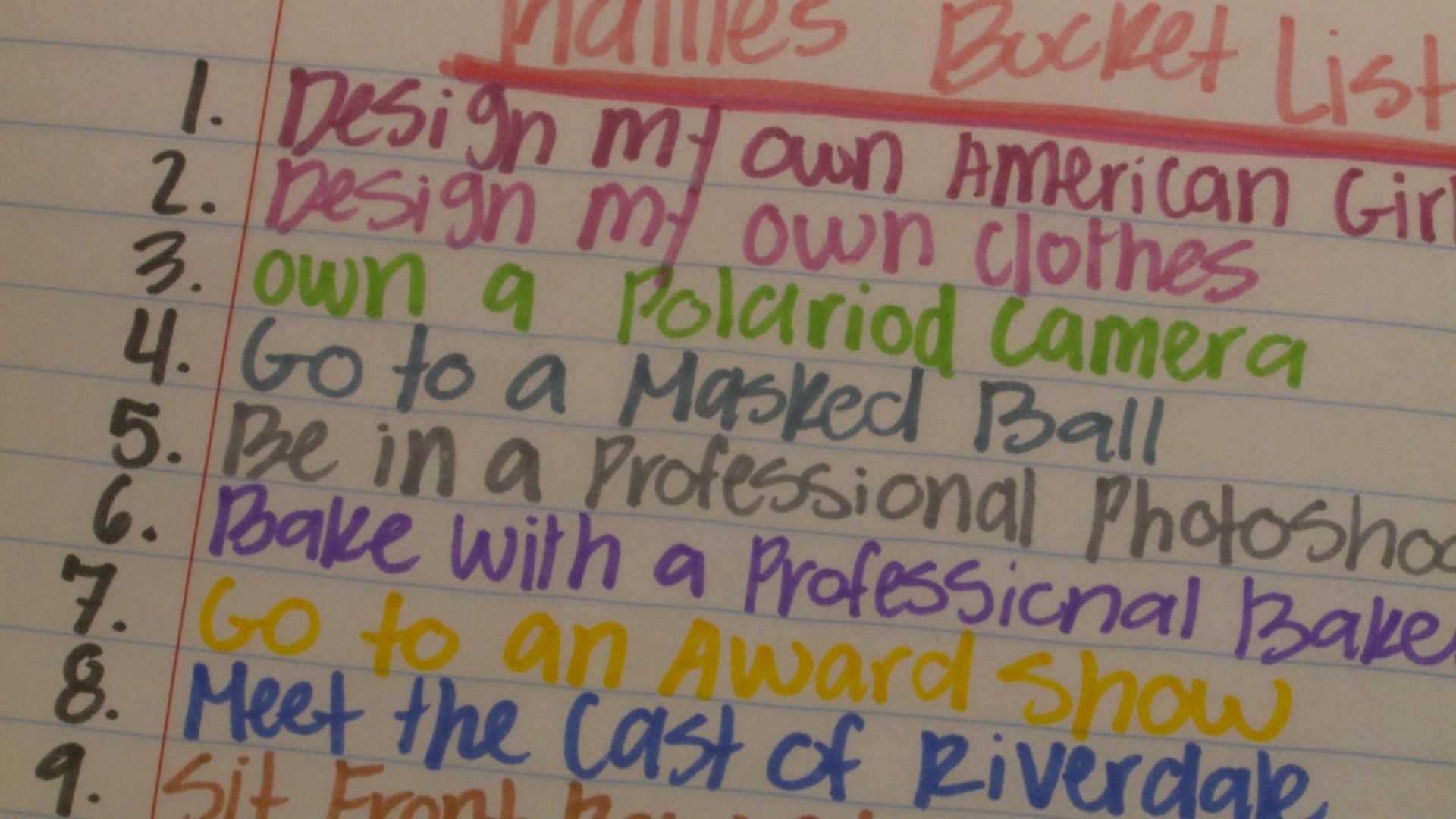 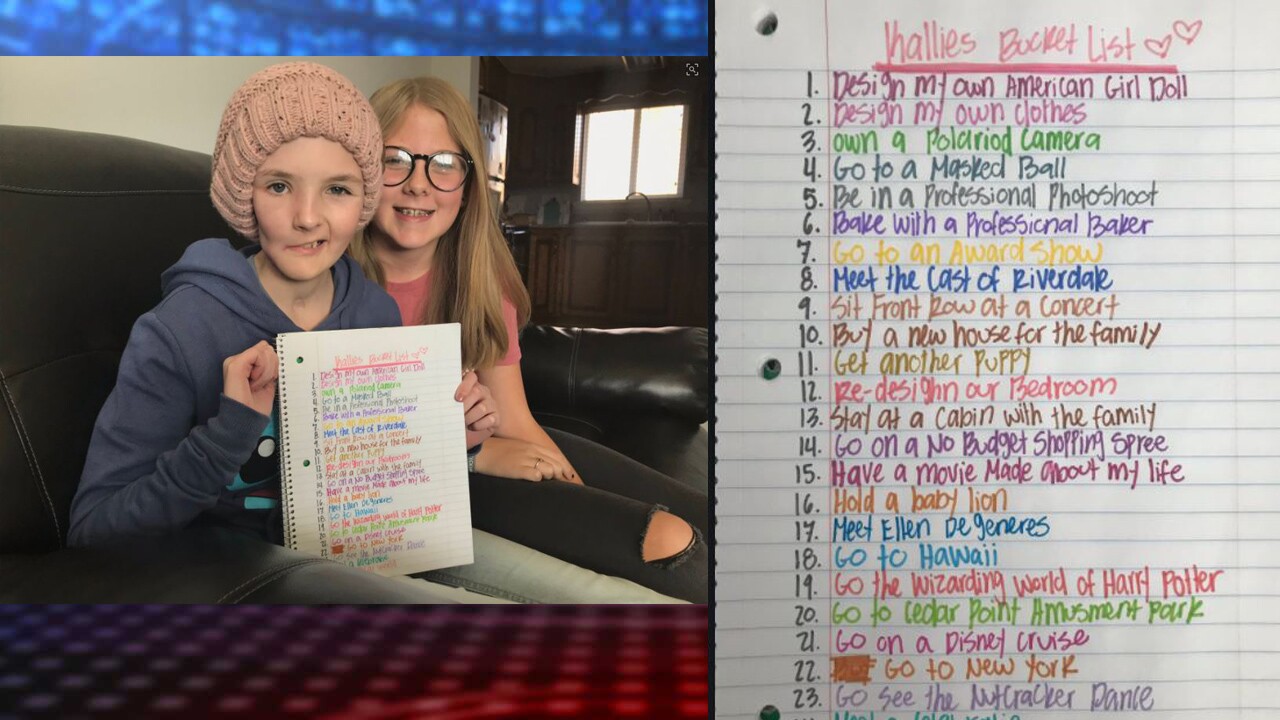 MAPLETON, Utah -- A 15-year-old, Kallie Jensen, out of Mapleton, has been dealing with cancer since before her 11th birthday.

First, it was an aggressive tissue cancer that ate away her jawbone, and now after four years, two of which were spent being cancer free, and jaw replacement surgery, a tumor is growing from the soft tissue of her scalp.

Kallie got tired of all the treatments and bad news doctors were giving her, so she took it upon herself to make a bucket list that she and her family can enjoy together, regardless of the outcome.

That bucket list has 25 things that Kallie wants to accomplish in her life, many are challenging goals, some are simple but made of her favorite things.

“Bake with a professional baker, meet the cast of Riverdale, sit front row at a concert,” Kallie said, then continued with some places she wants to travel.

“Going to Hawaii, go to the Harry Potter World in California.”

The list goes on with even more fun, adventurous plans and Kallie found out from her mom, Kimberly, during her interview with Fox 13 that one of those things on her bucket list will now be crossed off.

“There are some things getting planned for a Disney cruise and for some other things,” Kimberly said. Kallie was shocked and so happy to find this out.

Tough times are ahead for Kallie. She’s traveling with her family to Colorado to try out a drug that could potentially help in the treatment of her tumor. Then after that, the family plans on going on that Disney cruise. Kallie said her friends, family and community are to thank for her strength.

“You think about all the things that are happening in the world and this happens. Everyone is like so kind and willing to do anything they can to help. It’s just awesome and that makes me feel really happy and I thank all my blessings every night.” Kallie said.

If you’d like to donate to Kallie and her goal of checking off all the fun things on her bucket list click on this go fund me link.