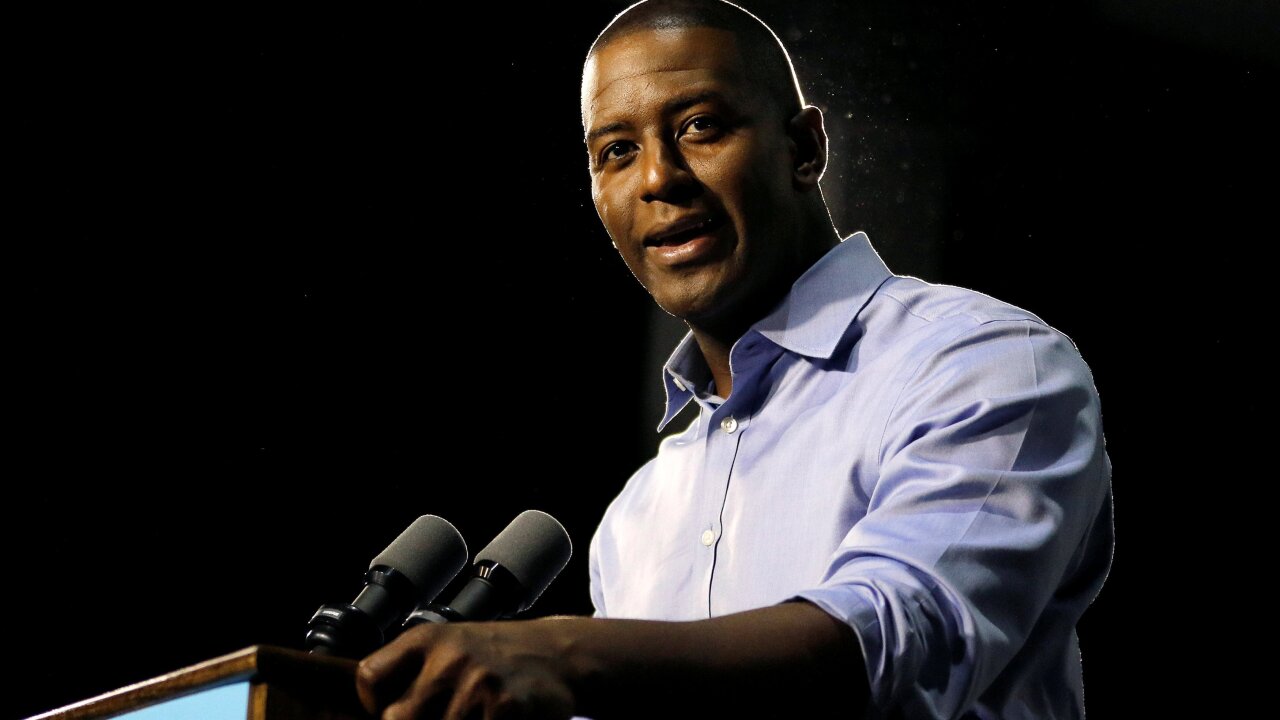 **This image is for use this this specific article only** Democrat Andrew Gillum withdrew his concession to Republican former Rep. Ron DeSantis in the Florida governor’s race on Saturday, hours after the secretary of state announced a recount of their race and two other

(CNN) — Democrat Andrew Gillum withdrew his concession to Republican former Rep. Ron DeSantis in the Florida governor’s race on Saturday, hours after the secretary of state announced a recount of their race and two others.

“I am replacing my words of concession with an uncompromised and unapologetic call that we count every single vote,” he said with the recount now underway.

Gillum on Tuesday evening had told tearful supporters in Tallahassee, “We recognize that we didn’t win this tonight.”

But on Saturday, he surprised just about everyone by announcing he would — in what so far seems to be a mostly symbolic gesture — change course and wait for more information. An attorney for Gillum told reporters the campaign was not alleging any wrongdoing and had no immediate plans to pursue legal action.

He did not, however, make any specific allegations or cite any particular episode, but seemed to point to questions over the handling of the vote in counties like Broward and Palm Beach.

DeSantis leads Gillum in the unofficial count by nearly 34,000 votes, with 49.59% to the Tallahassee mayor’s 49.18%. If the current machine recount confirms those figures, DeSantis would be certified as the governor-elect pending any potential court challenges.

In a video statement, DeSantis responded without addressing Gillum directly, calling the results “clear and unambiguous.”

“With the election behind us, it’s now time to come together as a state as we prepare to serve all Floridians,” DeSantis said. “Since Tuesday night, that is what I have been doing and that is what I will continue to do in the days and weeks ahead.”

Gillum on Saturday also called out recent remarks and tweets from President Donald Trump, Florida Sen. Marco Rubio and Gov. Rick Scott, who have all complained over the last few days about the late influx of votes and a lack of transparency in the counting process in Broward and other slow-reporting Democratic hubs.

Trump has been critical of the process in Florida and has repeatedly made unfounded claims of wrongdoing.

After Gillum’s campaign announced it would hold a press conference on Saturday and before Gillum stepped up to the podium, the President tweeted: “Trying to STEAL two big elections in Florida! We are watching closely!”

A day earlier, Trump wrote, “Mayor Gillum conceded on Election Day and now Broward County has put him ‘back into play.’ Bill Nelson conceded Election – now he’s back in play!? This is an embarrassment to our Country and to Democracy!”

Gillum responded to Trump’s Friday tweet less than 30 minutes later, saying: “What’s embarrassing to democracy is not counting every vote — and you, of course. Count every vote.”

Scott has also leveled unsubstantiated charges at election officials. On Thursday night, as his lead over incumbent Democratic Sen. Bill Nelson narrowed, the governor alleged that “there may be rampant fraud happening in Palm Beach and Broward Counties.”

On Saturday, the Florida secretary of state’s office told CNN that two election observers had been consistently reviewing the election tabulation process — including in Broward County — and had found “no evidence of criminal activity.”