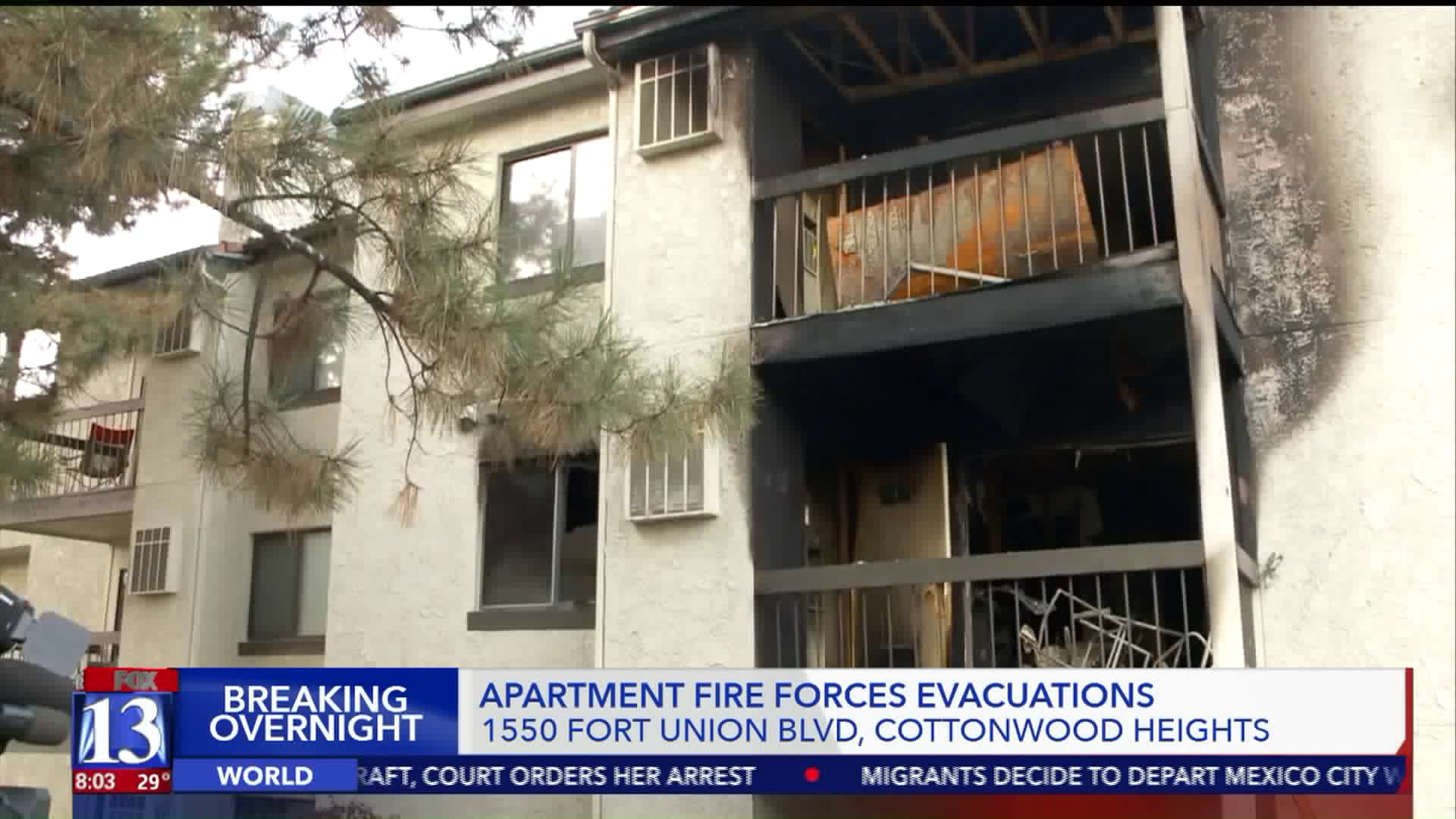 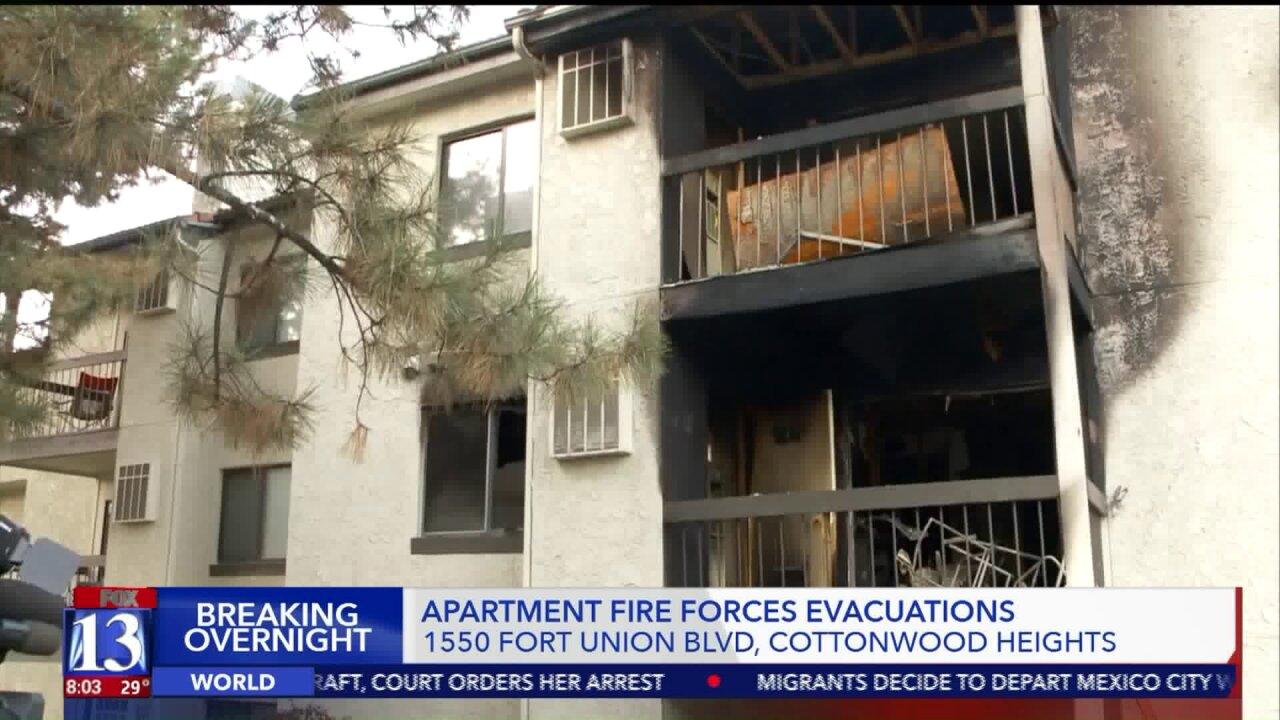 The fire broke out at the Santa Fe Apartments near  1550 Fort Union Boulevard. A woman called 911 just after 3 a.m. to report her apartment was on fire.

The flames spread to several nearby units, but crews were able to evacuate all residents safely and extinguish the flames.

"There was two units that were fully involved with fire," said Keith Garner of the Unified Fire Authority. "And then two adjacent units that had people that were trying to evacuate. We threw a ladder up to one of the third-story apartments and pulled off at least five people."

Unified Fire Authority personnel said one woman was taken to a hospital for evaluation, and from there she was transported to the burn center at University of Utah Health for treatment for serious respiratory burns.

Two units are considered a total loss while the other two have lesser damage.