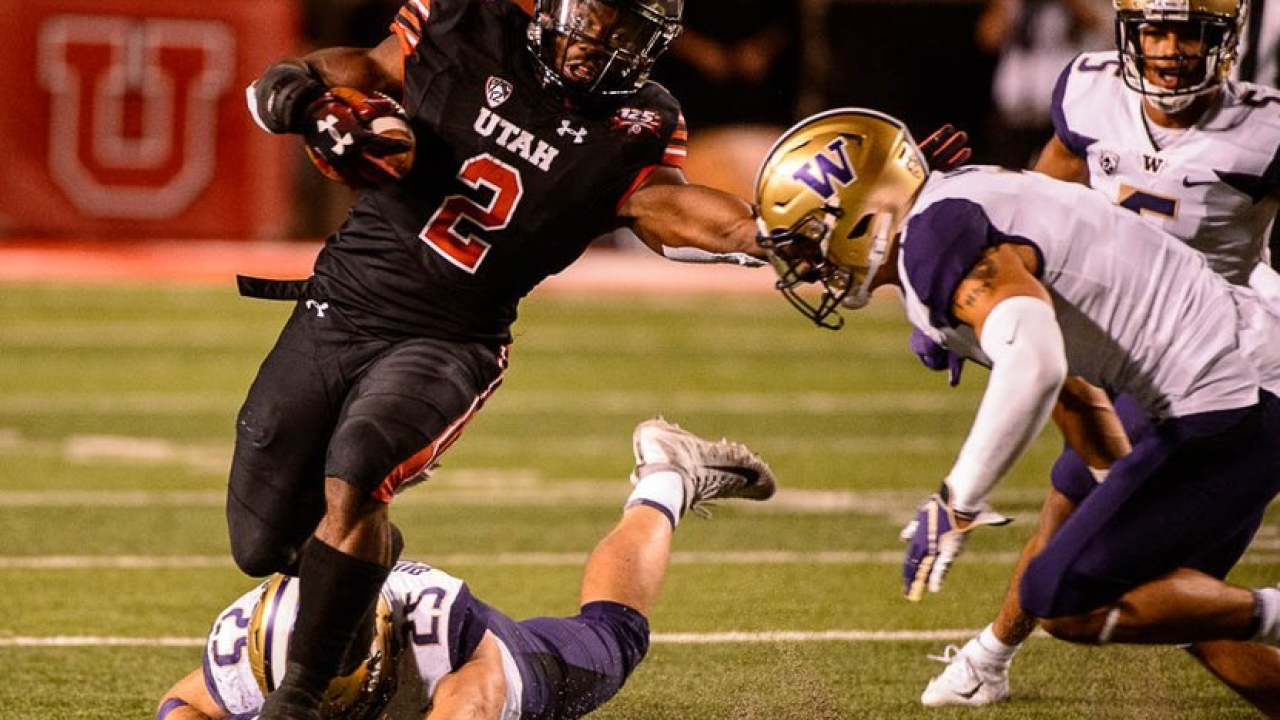 University of Utah running back Zack Moss (2) runs the ball at a hoome game against Washington. Courtesy The Salt Lake Tribune

SALT LAKE CITY — University of Utah running back Zack Moss injured his knee Wednesday during practice and will miss this Saturday’s game vs. Oregon.

The Salt Lake Tribune reported Moss will likely miss the rest of the season as well.

While the University of Utah Athletics Program typically announces season-ending injuries, The Salt Lake Tribune reports that they have been silent on Moss’s status.

Moss, a junior from Florida, was on track to break the university’s single-season and career rushing records with just three regular-season games remaining, plus a bowl game. He has rushed for 1,092 yards in nine games so far.

Moss’s teammate Tyler Huntley, a junior quarterback, broke his collarbone during last Saturday’s game against Arizona. The university did say Huntley will be out for at least the last three regular-season games.

Read the full report from The Salt Lake Tribune here.