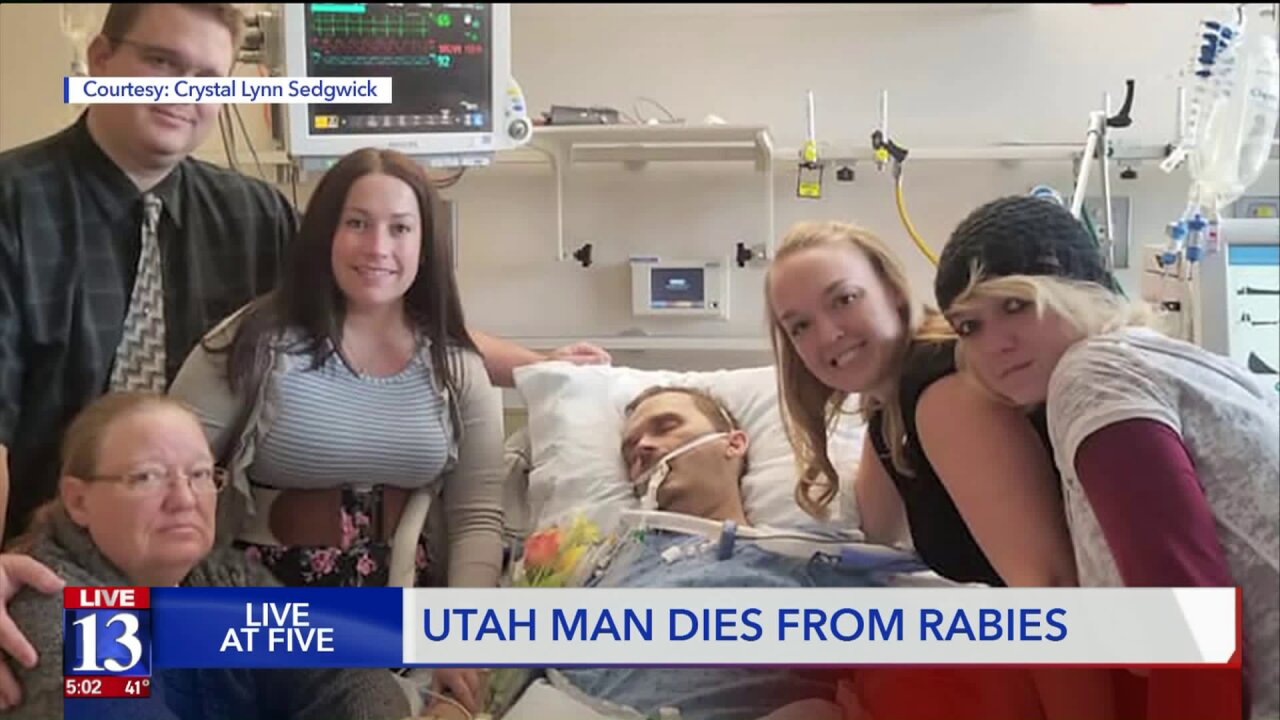 MORONI, Utah — A Utah man is dead in what’s believed to be the first fatal case of rabies in Utah in over 70 years.

"It started with his neck and back pain. He was seen by a chiropractor. That relieved some of the pain initially, but then numbness and tingling into his arms," his daughter Crystal Sedgwick said.

Sedgwick said her father, 55-year-old Gary Giles, started experiencing these initial symptoms back in mid-October, and from there, it only got worse.

"Being touched, he felt like he had pins and needles all over his skin," Sedgwick said. "It was really uncomfortable. He felt like his skin was on fire."

She said it wasn't until he died on November 4 that they realized he had been infected with rabies.

"Usually within a couple of weeks the person will have swelling of the brain, swelling of the spine, and will be placed in a coma, and will pass away," said Dallin Peterson, epidemiologist at the Utah Health Department.

The state health department said they believe Giles contracted rabies from a likely source: a bat.

"He would just catch them, put them outside," Sedgwick said. "I know that my mom has always thought that bats were really cute, so he would sit there and hold them for her and let her pet their little heads, and they would lick them, but they never really thought anything of it."

Health experts say only one percent of bats in the wild are infected with rabies, but they say those that are infected are the ones that would attack you.

"They catch insects and stay way from humans," Dallin said, "so if there’s a bat on the ground or coming in contact with humans, most likely there's something wrong with the bat."

Sedgwick said since this morning, there are no longer bats in the attic of her parents’ home. She hopes that by sharing her father’s story, others will be more careful and avoid contact with bats.

"He was very honest, very kind. I definitely don’t think that this is how he would’ve wanted to die," Sedgwick said. "It was very painful for him. It was hard to watch."

The health department is working to confirm that it, in fact, was a bat that gave Giles rabies. They hope to have test results back next week.