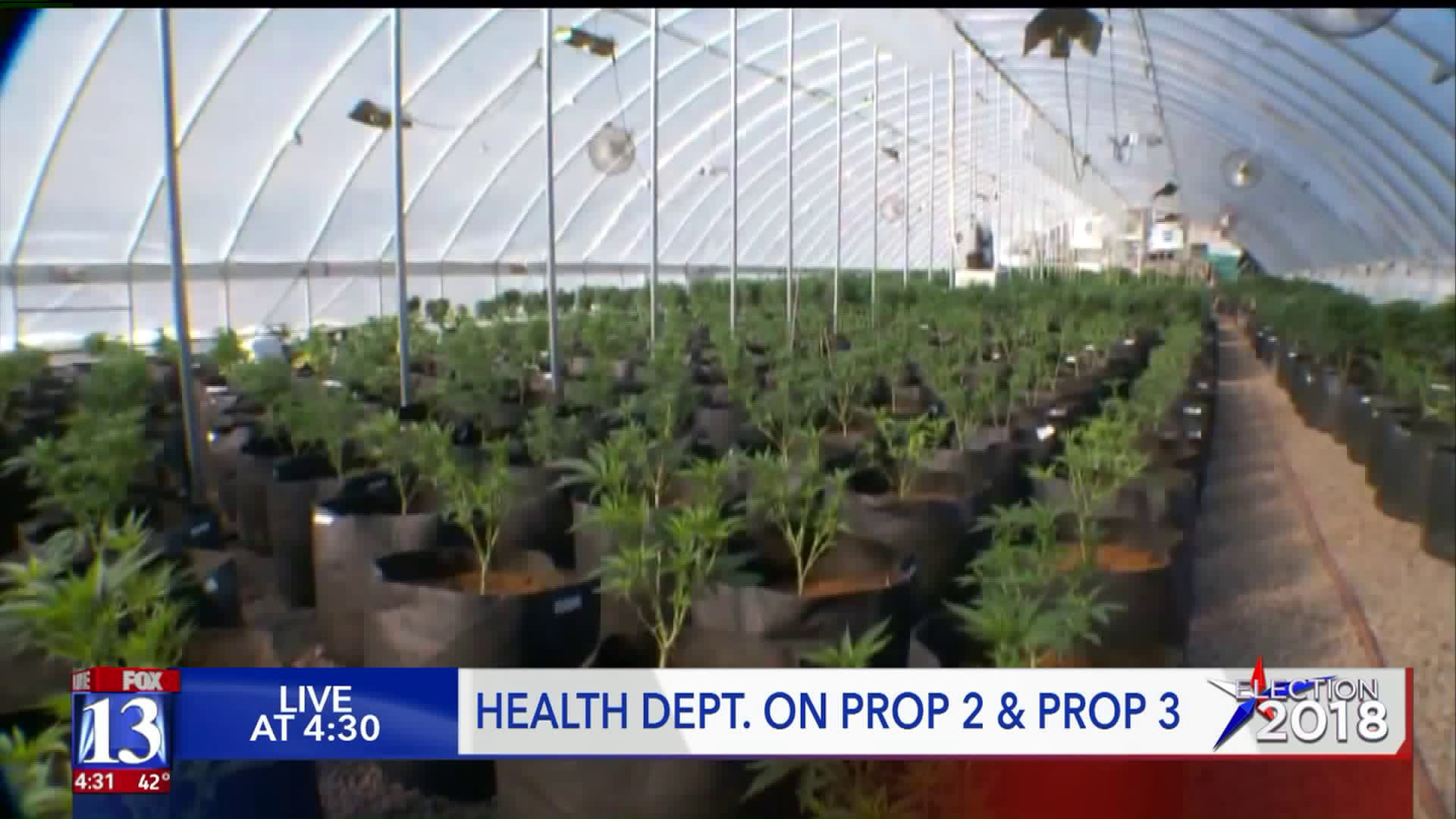 SALT LAKE CITY -- Utah's Department of Health has been given two mandates: voters on Tuesday told the state to expand Medicaid, providing healthcare coverage to an additional 150,000 people who can't afford it.

And soon the agency will have to start distributing medical cannabis. The Utah Department of Health is the agency tasked with doling out marijuana to patients under a compromise bill that will be taken up in a special legislative session next month to replace Proposition 2, which voters appear to have passed.

Prop. 2 will start to go into effect on Dec. 1. Two days later, the Utah State Legislature is expected to approve a compromise bill crafted by sponsors of Prop. 2, opponents of the citizen ballot initiative and political leaders. Full implementation of a medical cannabis program won't happen until 2020.

The biggest change between the initiative and the bill is how medical cannabis is grown and distributed. The bill calls for Utah's Department of Agriculture and Food to either grow it or contract out for its cultivation and the Utah Department of Health to distribute it to state-run "pharmacies."

"We will process orders, essentially, from medical cannabis cardholders and then ship those out to local health departments throughout the state for the patient to pick up. That’s not a business we are currently in. It’s not a business that any health department across the country is in but it’s something, it’s a challenge for us, and it’s something we’re ready to address," Hudachko said.

Some medical marijuana supporters have said they will fight the concept of state-run dispensaries. The Utah Department of Health may also have to seek additional funding from the legislature to run them.

"It’s doable. It’s new to us," Hudachko said. "It’s a challenge to us. We are meeting literally on a daily basis with a staff we have re-assigned to this."

The easier request for Utah's health officials is expanding Medicaid under Proposition 3. It requires some work with the federal government. Prop. 3 expands Medicaid to 150,000 more people too poor to afford healthcare in Utah. A sales tax hike on non-food items will also be implemented, raising the tax from 4.7% to 4.85%.

"We’ve got a lot of people that have been waiting for this day to come and it’s music to their ears," said Matt Slonaker, the executive director of the Utah Health Policy Project, which advocated for Prop. 3. "There are people with healthcare needs that haven’t been addressed."

Lawmakers, who have resisted full expansion of Medicaid, have bristled at the idea. They worry about expanding healthcare costs and the increased burden to taxpayers. Sen. Jake Anderegg, R-Lehi, threatened to run a bill to repeal what voters just passed. Slonaker said that voters have spoken.