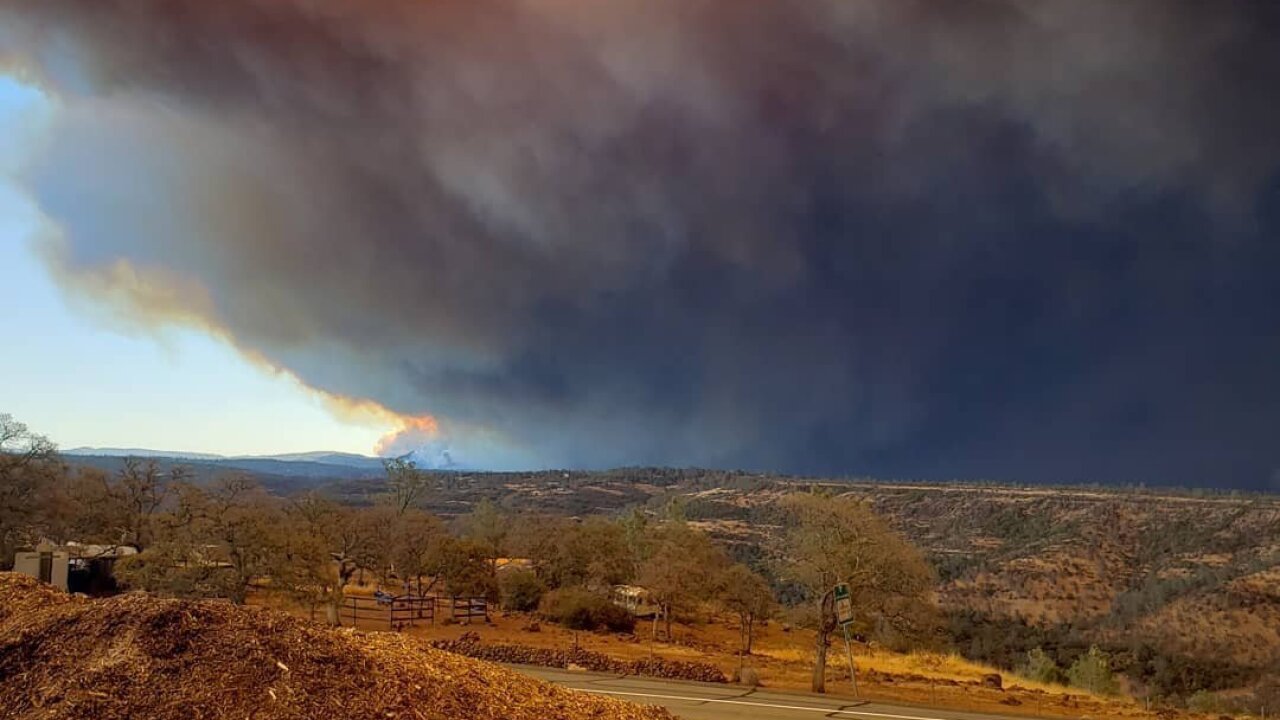 Richard Sorenson captures these images off of California Highway 32. A camp fire in Paradise, California has grown immensely since this morning.

(CNN) — A wildfire is hopscotching across a northern California county at a rate of roughly 80 football fields per minute, forcing evacuations, injuring residents and sending families racing from their homes.

A state of emergency has been declared for Butte County due to the effects of the Camp Fire, which began around 6:30 a.m. Thursday and quickly spread, said the California Department of Forestry and Fire Protection, known as Cal Fire. By 2:00 p.m. local time, it had grown to 18,000 acres, according to Cal Fire.

Fueled by winds, the wildfire jumped ridges from Pulga to Concow and down into Paradise, a town of 26,000 people about 85 miles north of Sacramento. Residents awoke to the stench of smoke and the morning horizon drenched in an ashen-orange pallor that was difficult to see or drive through, hindering evacuations.

By 8 a.m. Thursday morning, Paradise resident Tanah Clunies-Ross said she could not see her car from her front door through the cloud of smoke. A fire had broken out in her yard, blocking the path to her car. She feared for her life until a man she didn’t know came to her rescue and put it out with a hose.

“Had he not put out that fire, I would not have made it to the car,” she said.

Morgan Mason said her father told her that he could hear propane tanks blowing up all over Paradise this morning. “This does not look good at all,” Mason said on Twitter. “Please keep Paradise and all the first responders in your prayers.”

Evacuation orders are in place for Paradise, Magalia, Concow, Butte Creek Canyon and Butte Valley while hundreds of firefighters battle the blaze.

Jillian Smalley escaped Paradise with moments to spare as flames consumed everything in sight.

Cinders crawled along the ground and up trees as she fled with her mother and grandmother. The smoke was so thick, she said, it was like she was driving at night. En route to her sister’s house in Chico, she told CNN she didn’t have high hopes that her home survived.

“It’s probably gone already. It can’t be there anymore.”

The fire forced the evacuation of patients from Paradise’s main hospital to hospitals in Oroville and Chico. About 3,300 students and staff members from Paradise’s 11 schools were evacuated in buses and employees’ cars to a center in Chico, Butte County Schools Superintendent Tim Taylor said.

“By the time we got out, the flames were a half mile away from the school. We tried to get all the nondigital things that we could — you know, stuff that couldn’t be replaced,” Peete said.

About 500 firefighters are on the ground now, and 100 law enforcement officers are helping them. Capt. John Gaddie said. Cal Fire has put out a call for more firefighters.

Numerous buildings have been destroyed in Paradise and an unspecified number of people injured, Gaddie said. A temporary refuge has been created in a Walgreens to house people until they can leave for a safer area.

Allana Hall said this marks the second time she has fled a California fire. She captured photos of low-hanging black smoke stretching for miles as she and her boyfriend evacuated Paradise.

“We had to drive through flames to make it out safely,” she said.

A red flag warning is in effect in the area, meaning Thursday will bring 20-to-40-mph winds and low humidity that threaten to spread the wildfire. Gusts have reached speeds of 65 mph. The warning will remain in effect until Friday morning, officials said.

The chamber of commerce in nearby Chico said The Neighborhood Church was being set up as an evacuation center. 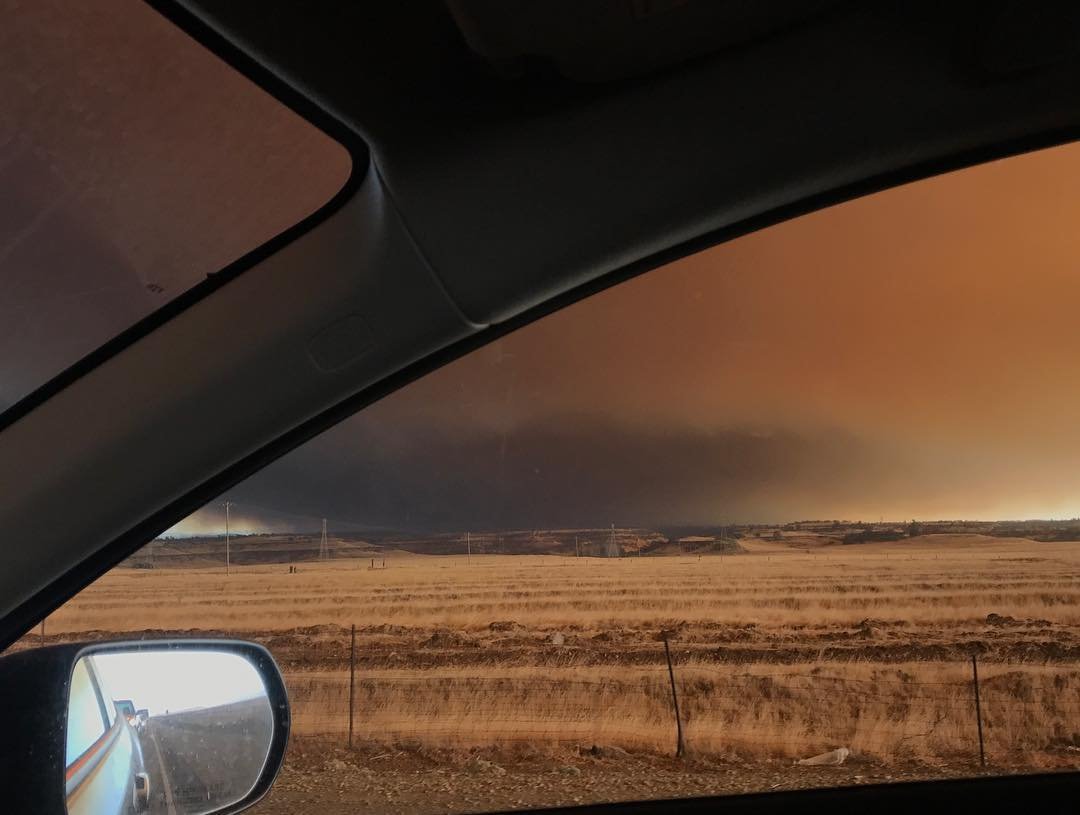