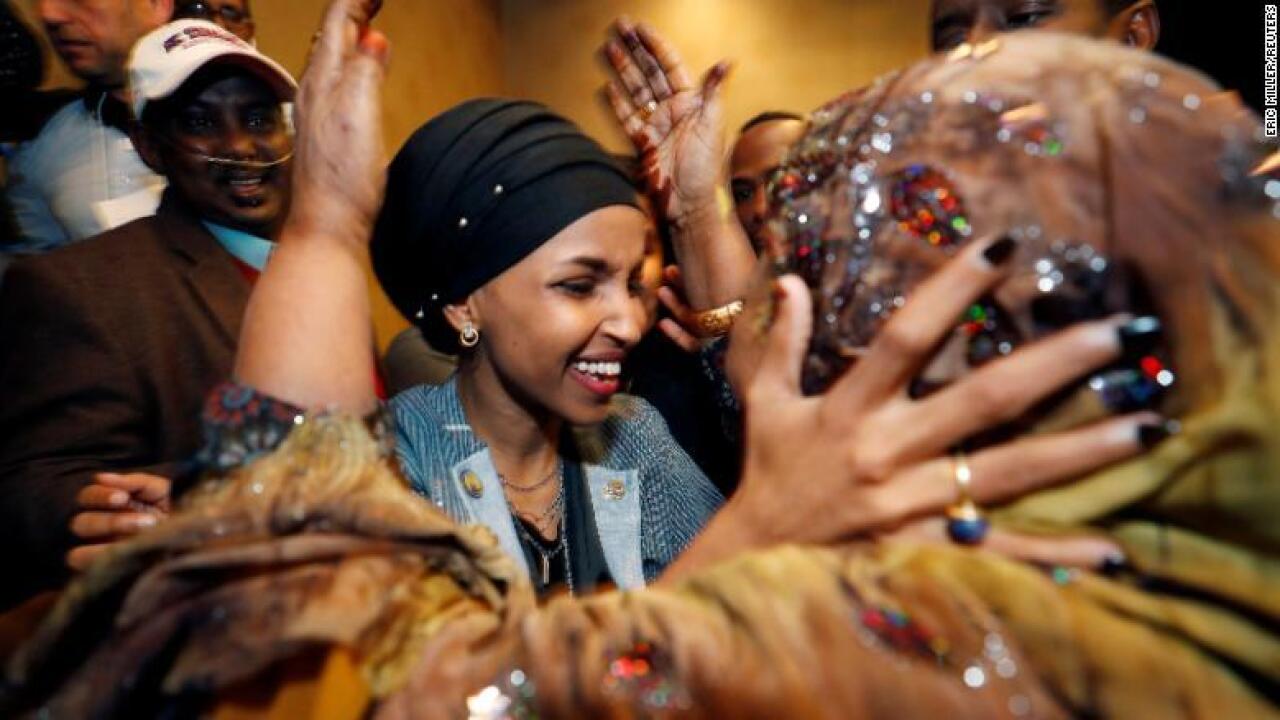 From a pair of Native American women to a Somali refugee to the first openly gay man elected governor, the 2018 midterm elections brought a series of history-making votes that marked major accomplishments for women and LGBT candidates.

Here’s a rundown of the history made Tuesday night and early Wednesday morning.

Record number of women to win seats in the House

A record number of women are projected to win seats in the House in a massive night for female candidates across the political spectrum.

As of early Wednesday morning, CNN projected 96 women would win House races, with 31 women newly elected to the House and 65 female incumbents. That bests the previous record of 85 representatives, according to the Congressional Research Service.

Democrats Sharice Davids and Deb Haaland will become the first Native American women elected to Congress, CNN projected. Davids’ win in Kansas against GOP Rep. Kevin Yoder was a pickup for Democrats, who CNN projects to gain control of the House.

Davids is a member of the Ho-Chunk Nation, and Haaland is an enrolled member of the Pueblo of Laguna, according to their respective campaigns. Davids identifies as a lesbian, making her the first openly LGBT member of Congress from Kansas as well. She will enter Congress having previously worked as a lawyer and a former mixed martial arts fighter.

Victories for both were expected following primary victories earlier this year.

Omar, in addition to being one of the first Muslim women in Congress, will also be the first Somali-American member. She came to the US more than two decades ago as a refugee.

Polis will succeed Democratic Gov. John Hickenlooper, who is term-limited from seeking the office again, and will defeat Republican gubernatorial nominee Walker Stapleton.

Oregon Democratic Gov. Kate Brown, who identifies as bisexual, is already the first openly LGBT person to be elected governor. Former New Jersey Gov. Jim McGreevey came out as gay before he stepped down from office in the early 2000s.

Polis was one of several LGBT candidates who ran for governor this cycle, along with Brown in Oregon, Vermont Democrat Christine Hallquist and Texas Democrat Lupe Valdez.

Rep. Marsha Blackburn became the first female senator to represent Tennessee when she outlasted a challenge from former Gov. Phil Bredesen, a Democrat who looked to run against his party to win in a state President Donald Trump won by 26 percentage points in 2016.

Blackburn, a conservative lawmaker closely tied to the President, looked to nationalize the Senate race as much as possible, hoping to tap into the same conservatism that elected Trump in order to blunt some goodwill Bredesen had built up during his two terms as governor. Trump visited the state three times.

Blackburn has served in the US House since 2003.

First female senator from Arizona guaranteed, if not yet known

Sinema and McSally are locked in a tight race as of just after midnight ET Wednesday and it was unclear when a projection in the race may come.

Some firsts out of reach

While Tuesday marked a series of first steps for the nation, many other candidates fell short in their own groundbreaking bids.

But as with Hallquist’s nomination being a first of its own, so were contests across the nation. The 2018 midterm elections saw a diverse field and a record high number of women running — and with votes cast, it remained to be seen as of Tuesday night how the full picture will shake out.