Police: Two men arrested in Salt Lake City with 2.33 pounds of meth; one suspect wanted in Mexico for murder 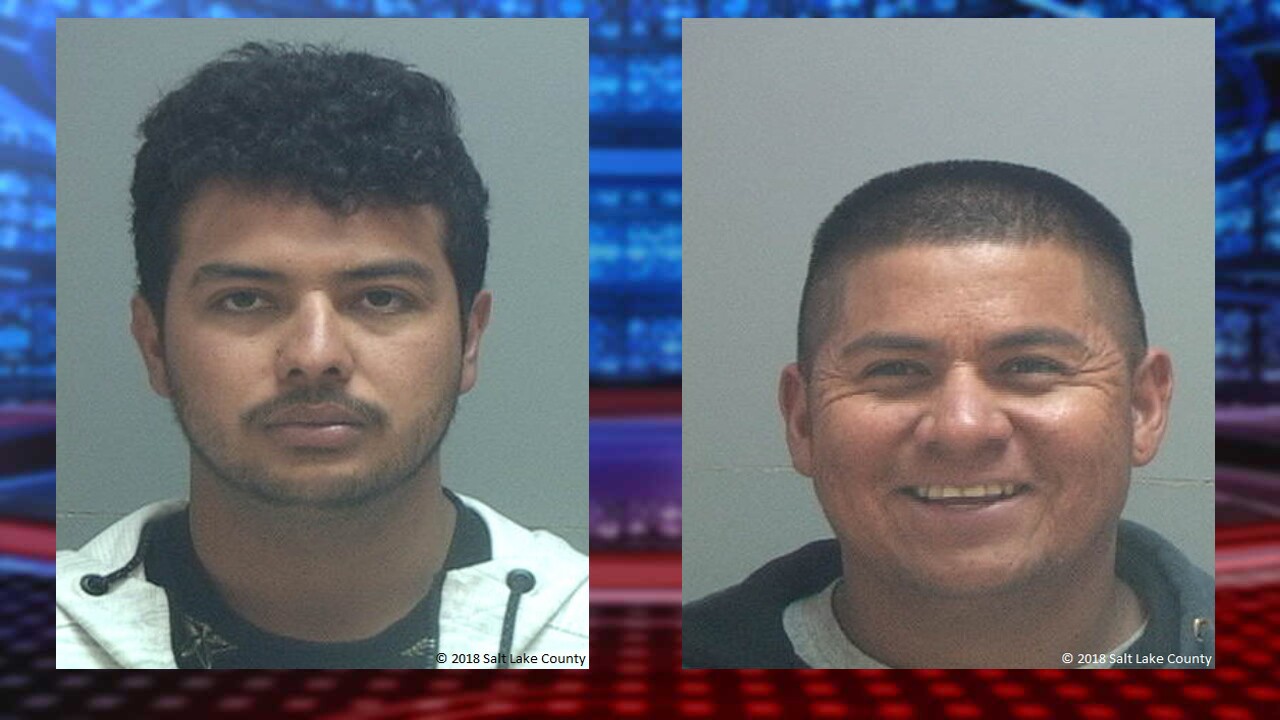 SALT LAKE CITY — Two men, one of whom allegedly has a fugitive warrant for murder in Mexico, were arrested Tuesday after investigators say they found 2.33 pounds of methamphetamine in a car.

A press release made by Utah’s U.S. Attorney’s Office said that on Oct. 23, agents with the Bureau of Alcohol, Tobacco, Firearms and Explosives conducted an investigation with the Weber-Morgan County Narcotics Strike Force in Ogden. During the investigation, the Attorney’s Office said a controlled purchase of methamphetamine was conducted at an Ogden business and 563.18 grams of meth was located.

While investigators were looking through a suspect’s phone, the press release stated that a text message regarding a large sum of money was observed, which authorities said they recognize as consistent with drug activity.

The release said that the phone number involved in the text message belonged to Fabian Barriga-Mendez, 32, who was also wanted for a narcotics investigation out of Colorado and had a warrant out for his arrest.

A criminal complaint released in the United States District Court stated that confidential sources told investigators that  Barriga-Mendez had been distributing meth in the Salt Lake City area. Law enforcement officers began surveillance on Barriga-Mendez’s home on Oct. 30 and saw that a car that was believed to be registered to him had left the residence, the release stated.

After seeing the vehicle, police said they conducted a traffic stop, and 2.33 pounds of meth was located.

“Both the driver of the vehicle and a passenger provided Mexican identification documents – which law enforcement officers making the stop believed to be fraudulent,” the release said.  “Both individuals told officers they did not have documents to be in the United States.”

Officers were able to use a digital fingerprint scanner to identify the individuals as Barriga-Mendez and Mario Gomez-Cuevas, 23, who had an active fugitive warrant out of Mexico, the release said.

Barriga-Mendez was charged in the complaint with one count of possession of a controlled substance with intent to distribute.   He faces up to life in prison if convicted of the charge with a 10-year minimum mandatory sentence, the press release said.

Gomez-Cuevas was charged with re-entry of a previously removed alien.  Police said he was previously deported in January 2017.