We put Utah’s strict new .05 DUI law to the test 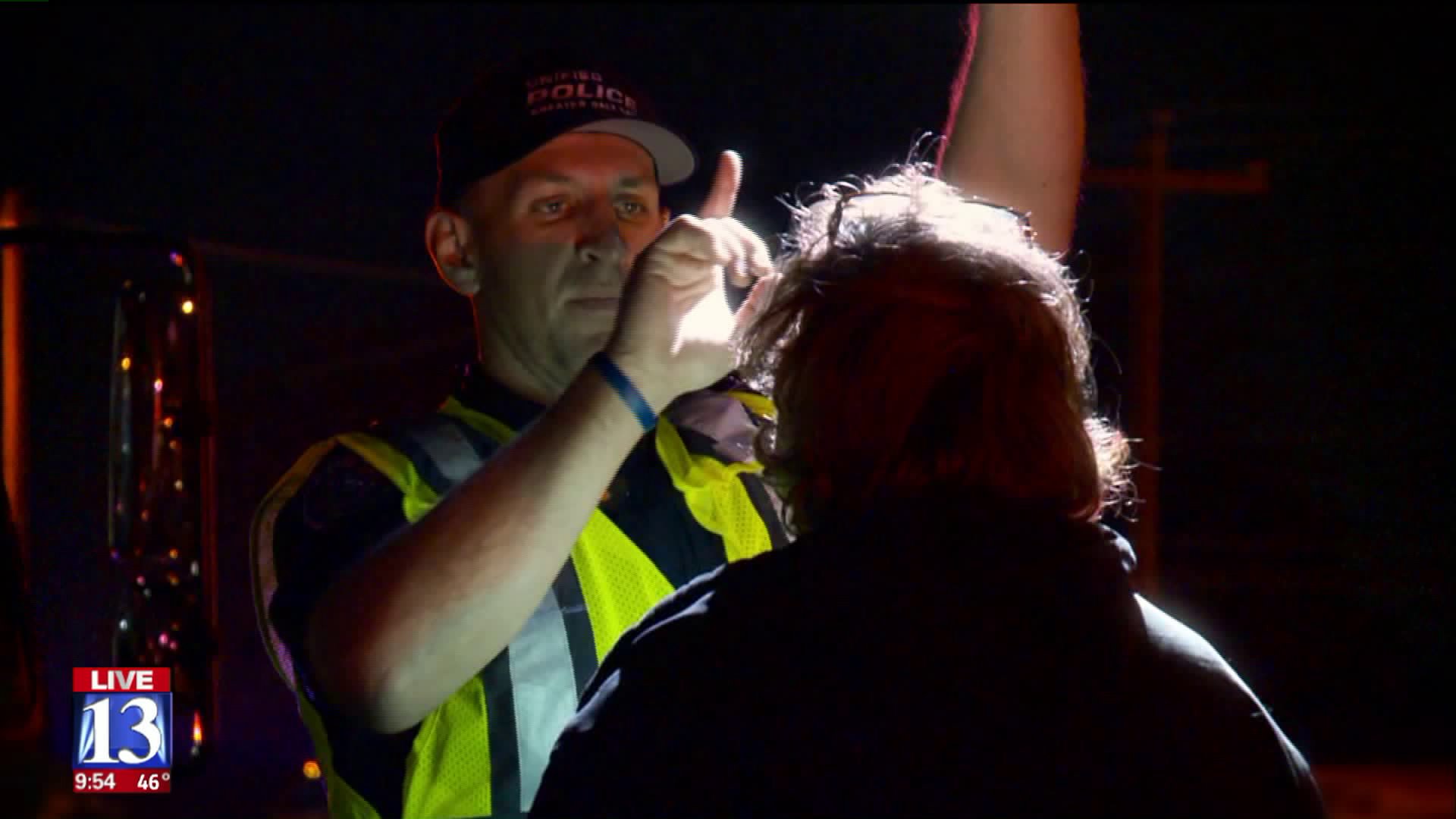 When it goes into effect on New Year's Eve, Utah will have the nation's toughest DUI law, lowering the blood alcohol level from .08 to .05. It's been the subject of protests and pushback across the state, with worries it will harm tourism and jail casual drinkers. But so far, efforts to repeal it or modify it have failed on Utah's Capitol Hill.

To see what that could look like, FOX 13 and The Salt Lake Tribune decided to conduct an experiment with Unified Police Department's DUI squad.

How it was set up:

Prior experiments posted on social media have either not included dinner, or didn't wait long enough for the alcohol to metabolize.

Kathy Stephenson, the food writer for The Salt Lake Tribune, had a restaurant-pour size glass of white wine with a Greek salad. It's something she says she typically would eat.

Darcy Stapleford, a producer at FOX 13, drank a high-point golden ale and had a cheeseburger and fries.  Photojournalist Mike Rank ate the same, but was asked to drink 3.2 beer, which is sold in every restaurant, grocery and convenience store in Utah.

Robert Gehrke, a columnist for The Salt Lake Tribune, didn't have dinner with his cocktail, served in metered shots.

"I'm supposed to be replicating the bar experience," he said. "You go out for Happy Hour, have a couple of drinks and see if you can make it home."

I drank cough syrup and had a cup of soup. One of the claims made about the strict new DUI law is cough syrup could lead to an arrest. The cough syrup has a 10% alcohol content, more than the glass of wine or the low-point beer. (The portion size was the recommended limit, and much smaller than what the drinkers had.)

Unified Police officers had everyone eat and wait about 30 minutes. After two beers, Rank, who is a large man, blew a .009. One high-point beer had Stapleford at a .033; while after one glass of wine, Stephenson blew a .013 and Gehrke blew a .007 after a single gin and tonic.

Cough syrup apparently had no effect, registering 0.00 on two separate breathalyzer tests for me. The most I felt was a little tired, like you would after a long day.

Everyone else kept drinking.

After a second high point beer, Stapleford reported feeling a little tipsy. When Unified Police officers tested her, she blew a .053—just barely over the new legal limit.

"At this point, I would not have had enough to arrest her for DUI, but there were signs of impairment," he said.

Kathy Stephenson, the food writer for the Salt Lake Tribune, gets the results of a breathalyzer test. (Photo by Ben Winslow, FOX 13 News)

"It was a short up and a point down," said Detective Carrie Rigby.

On repeated breathalyzer tests, Stephenson flirted with .05 all night long. Opponents of the new DUI law have concerns that a mild social drinker could have only a couple of glasses of wine with dinner and wind up in jail.

For Stephenson, who is a petite woman, it appeared that is the case. But she also passed her field sobriety test.

Asked if she felt like she could drive, she replied: "Yes! That's the crazy thing! I think I could, but I'm so close to the limit. So it's a call for me, right? I think I have to always know: No, you shouldn't drive."

After his fourth gin and tonic, with metered shots over the course of three hours, Gehrke hit .05. However, he showed no significant signs of impairment on the field sobriety test administered by Unified Police.

Rank drank eight beers over the course of three hours and blew a .036.

Retesting Rank, he blew a .039. At that point, Rank decided to stop drinking even though he never hit the legal limit. It was already more than he would typically drink, Rank said.

"It was over three hours and, not to be cocky, but it's Utah beer," he said.

Police emphasize that what you drink and what you blow on a breathalyzer do not matter, because all you have to show are signs of impairment for you to be pulled over.

While restaurant and hospitality groups worry the new BAC level will hurt Utah by scaring diners away, police still do not anticipate an increase in DUI arrests when the law goes into effect. That's because they still hold to the standard of impairment that gets you pulled over in the first place.

"You've got to know your limits," Detective Liddiard said.

The best advice? Make a conscious choice to get a designated driver or a rideshare. Buzzed driving is still drunk driving, so always make the conscious decision to drive sober.

"If you're going to make those decisions to drink, make that decision to not drive," said Officer Archibeque. "Know that up front."