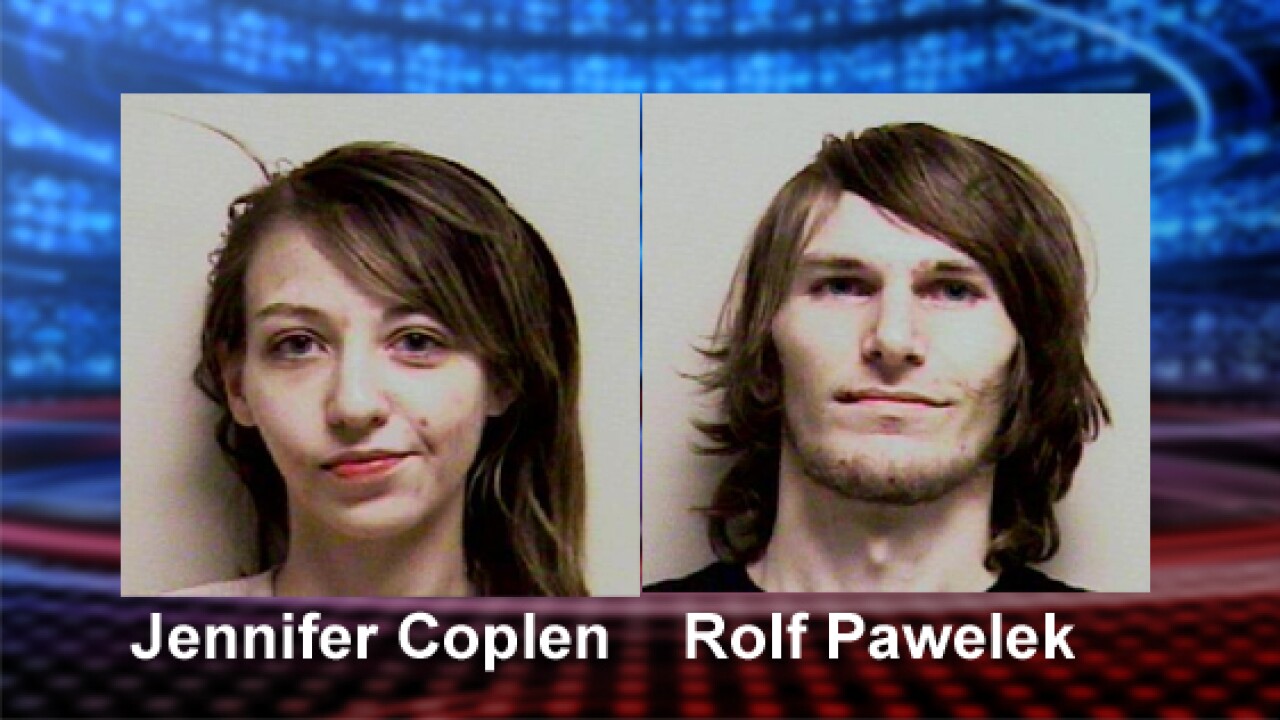 SPANISH FORK, Utah — It's every parents' nightmare that their kids might knock on the wrong door, especially on Halloween.

For this neighborhood, that fear hit home after police busted their neighbors for drug possession, just around the corner.

Detectives obtained the warrant after gathering information that suggested the occupants were using and distributing illegal narcotics.

They found 145 grams of heroin, 165 grams of methamphetamine, 200 grams of marijuana "Dab," four marijuana plants, 21 pills and a some cocaine in the home. Detectives also found seven different firearms with over 20,000 rounds of ammunition.

Pawelek is considered a "restricted person" and is not supposed to have firearms; he faces seven counts of possession of a dangerous weapon.

Both Pawelek and Coplen faces first and second-degree felonies having to do with drug possession, intent to distribute drugs and producing drugs.

"These things are disturbing any time we have these kinds of arrests, especially for the people who live nearby when they realize what was going on at their neighbors house or houses," said Sergeant Spencer Cannon with Utah County Sheriff's Office. "It's disturbing to hear that."

For parents out trick-or-treating with their kids Wednesday night, learning of the drug bust, they said it made them feel wary of the place they love to live.

"It's your perfect family-friendly neighborhood," said Kevin Walker, who's lived in the neighborhood for more than 10 years.

Walker said he watched the house police raided and noticed they had brand new cars and lots of visitors coming and going.

"Seen a lot of suspicious activity going on around the house," Walker said. " Not your normal activities going on in the neighborhood, but didn't think a whole lot of it."

Walker's not the only one who didn't think much of their neighbors. Steffani Wagner said she's lived in the area for more than 10 years, but just around the corner from the house for at least five years now.

"There's a lot of packages being delivered to that house, I wonder what's going on there," Wagner said.

Though the door may have "Welcome" written on it, parents said this is one door they don't want their kids knocking on while trick-or-treating.

"You just never know who's behind that door," Wagner said.