On the ballot, more than $600 million in school bonds 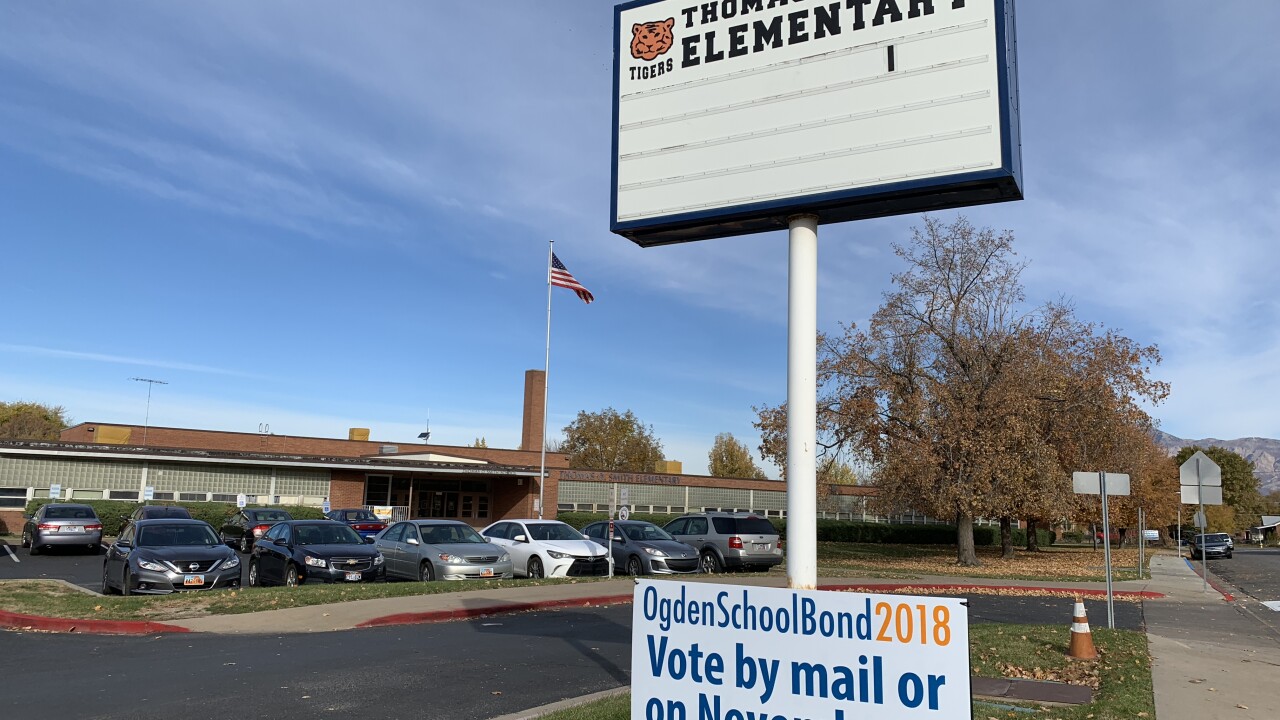 Whenever it rains or snows, parts of the ceiling fall off. Teachers meet in a supply closet that doubles as a conference room and a room to put sick students.

The temperature fluctuates because it's on radiant heat, powered by a boiler in the basement. In the gymnasium, there's a circuit board with the old fashioned circuits.

The school, built in 1955, is in bad need of replacement, said Jer Bates, a spokesman for the Ogden School District.

"Most of our elementary schools were built in the 1950s or early 1960s," he said. "Therefore, they're all aging or deteriorating to the point where we need them to be replaced."

The school district is urging voters to approve an $87 million bond next week (about $11.50 a month on the average property tax bill) to build two new schools and rebuild two others.

"You can only do so much with retrofitting and changing those buildings in their physical capacity, in order to meet up with today's educational demands," he said.

Those bonds are in addition to Question 1 on the ballot, which is a 10 cents a gallon gas tax hike to boost education funding statewide.

But some are pushing back on the proposed tax hikes. Americans for Prosperity questions why bonding is necessary and argues for better budgeting.

"We're seeing government spending increasing, taxes going up, the cost of living is rising, housing prices are definitely not getting lower, but the one thing that isn't changing is taxpayers' paychecks," said Heather Williamson, the state director for AFP.

In Ogden, they would like to consolidate students into new schools instead of trying to make do with what they have. Bates said they have been able to win over some critics by showing them the problems with the aging schools and explaining why replacing them is critical.

"You can only fight Father Time for so long before Father Time's going to win out," Bates said.

Information on the Ogden School District bond can be found here

Information on the Nebo School District bond can be found here