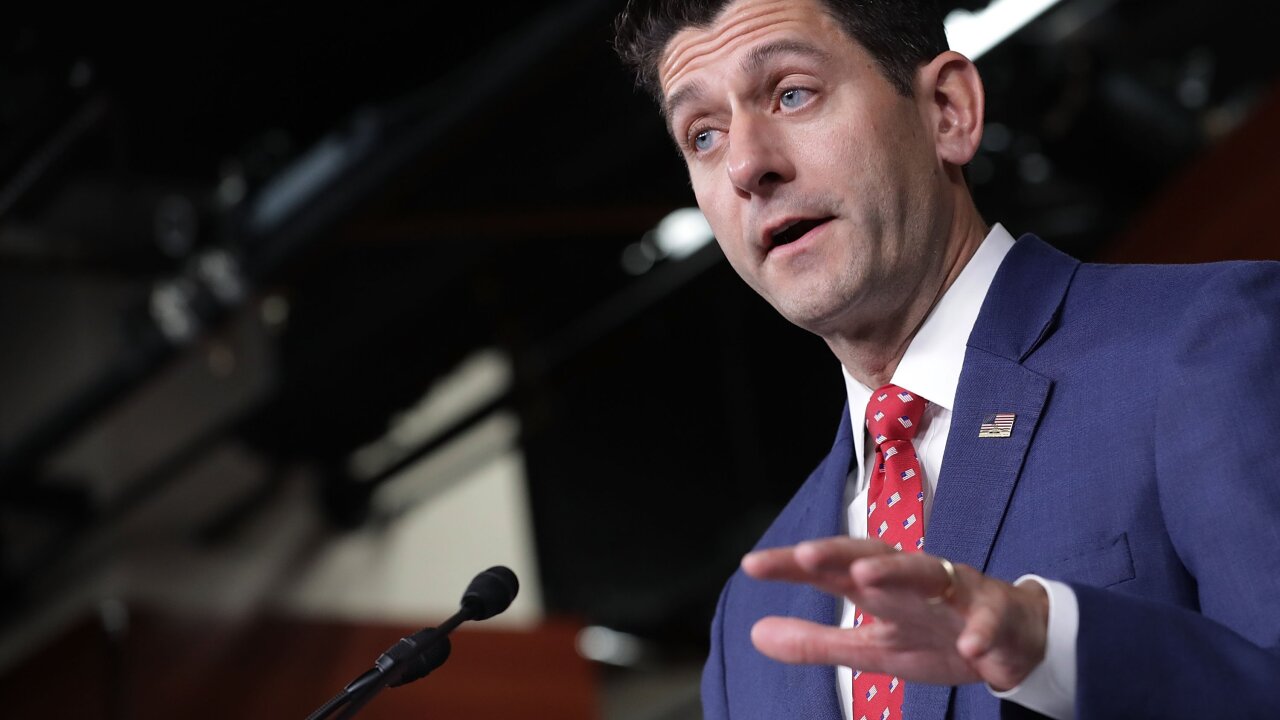 House Speaker Paul Ryan told a Kentucky radio station on Tuesday that “you cannot end birthright citizenship with an executive order,” remarks that come after President Donald Trump said that he has thought about trying to do just that.

WASHINGTON — House Speaker Paul Ryan told a Kentucky radio station on Tuesday that “you cannot end birthright citizenship with an executive order,” remarks that come after President Donald Trump said that he has thought about trying to do just that.

“You obviously cannot do that,” Ryan told WVLK when asked by an interviewer about the President’s recent comments and where he stands on “an executive order ending birthright citizenship.”

Ryan went on to say, “As a conservative, I’m a believer in following the plain text of the Constitution and I think in this case the 14th Amendment is pretty clear.”

“I have always opposed Presidential attempts to change immigration law unilaterally. The Constitution gives Congress, not the President, the power to ‘establish a uniform rule of naturalization’ and the 14th Amendment makes the conditions of citizenship clear: individuals born in this country are citizens. The Executive cannot unilaterally change those facts.  I didn’t support it under the previous administration and I won’t support it now. ”

“Like so many Americans, I am frustrated that Congress has not taken action to fix our nation’s broken immigration system—the President clearly shares that frustration and seems to be growing impatient. That said, birthright citizenship is protected by the Fourteenth Amendment and would require a constitutional amendment to revoke that protected right. As a firm believer in our constitutional form of government and the separation of powers, the President cannot unilaterally alter the Constitution. Congress must come together to solve our nation’s immigration challenges and that is why I voted to advance several immigration reform bills earlier this year—Utahns and the American people expect Congress to get this done.”

The right to citizenship for anyone born in the United States is guaranteed in the 14th Amendment to the Constitution.

Trump told Axios in an interview released on Tuesday that he believes he can get rid of birthright citizenship by using an executive order. The President said during the interview that he has spoken with counsel about the legally dubious possibility.

Rep. Ryan Costello of Pennsylvania, who is not running for re-election, suggested on Tuesday that the President’s decision to float the idea ahead of the midterms amounted to “political malpractice.”