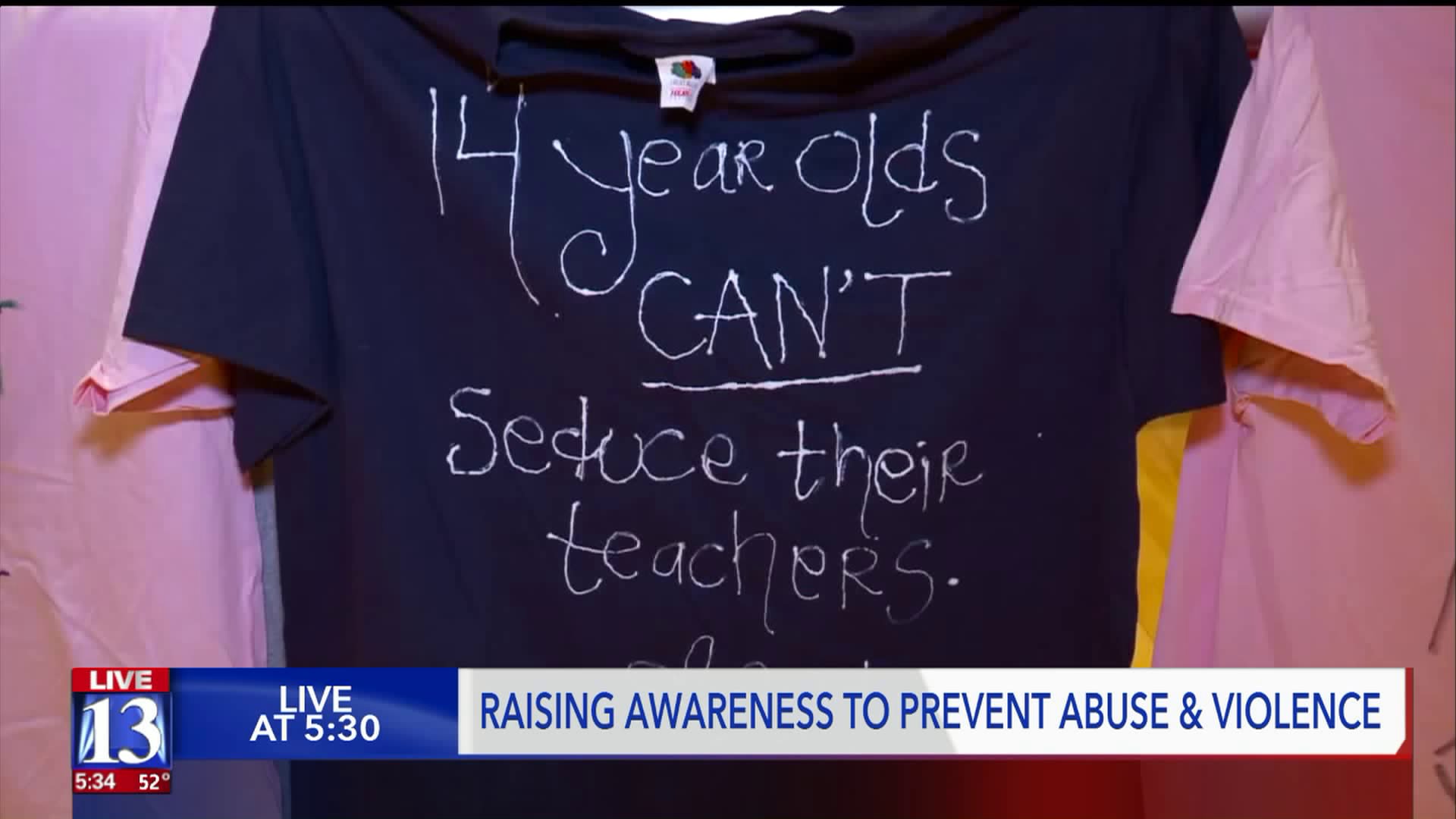 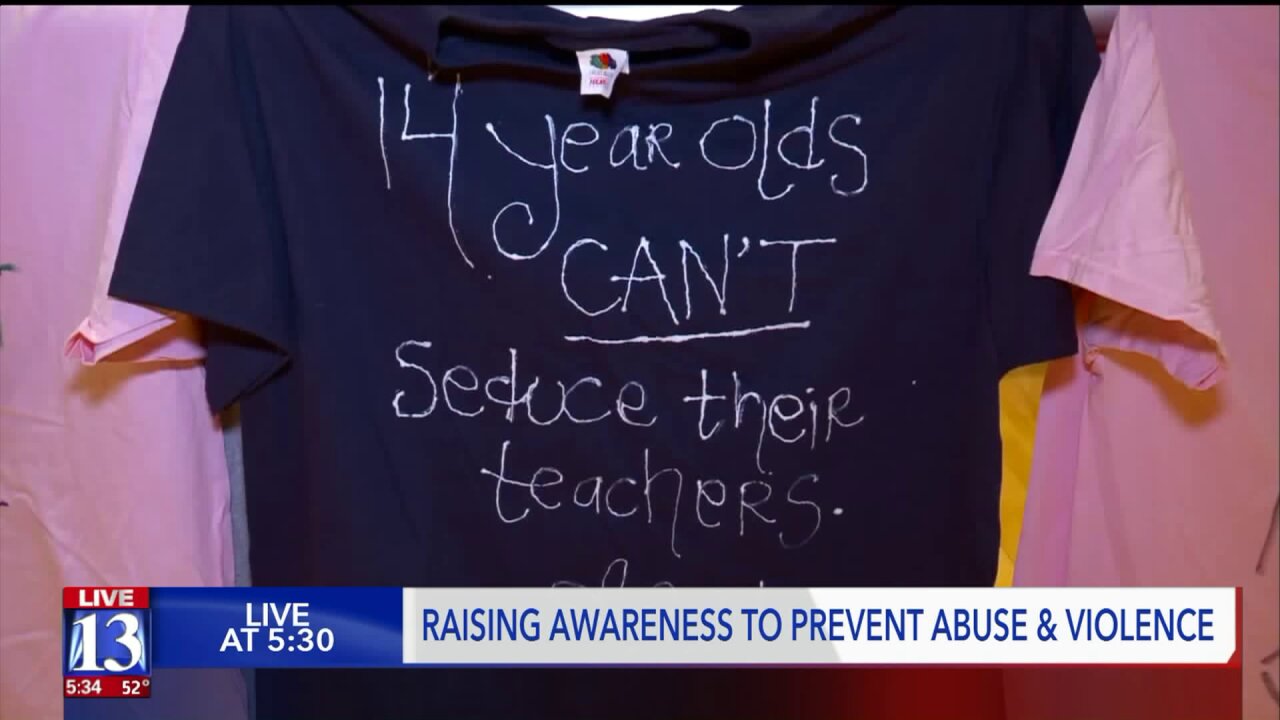 OREM, Utah -- A display at Utah Valley University is sparking a community conversation on domestic and sexual violence-- and what citizens can do to prevent abuse.

Each of the dozens of t-shirts tells a story. The shirts vary in colors to represent what kind of abuse or violence the person endured, from emotional and verbal abuse to incest, sexual assault, domestic violence and death from violence.

"I want out. I know how, but I don't know when," stated a yellow domestic violence shirt.

"It has taken me years to realize it really happened," read a blue shirt, which symbolizes incest or childhood sexual abuse. "Now I know the ways it has affected my life."

A pink shirt for rape or sexual assault included phrases like, "You made me believe it was my fault," as well as, "Why me?" and "You ruined me."

White shirts represented those who died from violence. At the front of the display, a white shirt honored Lauren McCluskey, who was killed last week at the University of Utah.

For those who visited the Clothesline Project, the stories were difficult to read.

UVU senior Taylie Thomas and a friend slowly walked along the rows, reacting to the stories with audible gasps and comments on how sad and heartbreaking they found the situations to be.

They also discussed issues when it comes to this topic in the community.

"I think this is important, but I don't think we talk about red flags," Thomas said.

She said she noticed some shirts included the phrase, "It was my fault."

"I just wonder how we could better have those conversations about letting people know that it's not their fault," she wondered.

As they continued to walk around, in the background a gong sounded every 10-12 seconds.

"Every time you hear a gong, that means someone is being battered, statistically," said Summer Valente, Director of the Center for Social Impact, which organizes the Clothesline Project.

Once a minute, a whistle sounded to symbolize how often a rape is reported. Valente pointed out that most rapes are not reported.

Every so often, a bell rang to represent someone dying as a result of violence.

For everyone who visits the project, Valente said she hoped it would motivate them to make changes in their lives, to talk to others and reach out to people who are struggling.

She said it's a way for people to make themselves more aware, and understand the gravity of the issue in this area.

"It's a way for survivors to share their story, share their pain, to maybe sometimes-- for the first time-- acknowledge that this has happened to them," she said.

UVU senior and sexual assault survivor Gerogi Anselmi wrote about her experience on a pink shirt on Tuesday, that she hung on the display.

"It is kind of hard to even just deal with the feelings of writing it down," she said.

But being able to share her story in this way-- Anselmi said it's helping.

"It feels like a weight is lifted off your shoulders, to just even express a little bit of it," Anselmi said.

Some shirts indicated that process of healing.

"No more guilt, no more shame," one shirt read. "I forgive myself."

Another shirt simply stated, "I AM FREE."

"I broke the cycle!! I am a survivor and I am amazing. Please love life!" stated one shirt.

A blue shirt offered some advice to others.

"Keep telling your story," it said. "Until someone listens."