Utah politicians have set a record for fundraising this year 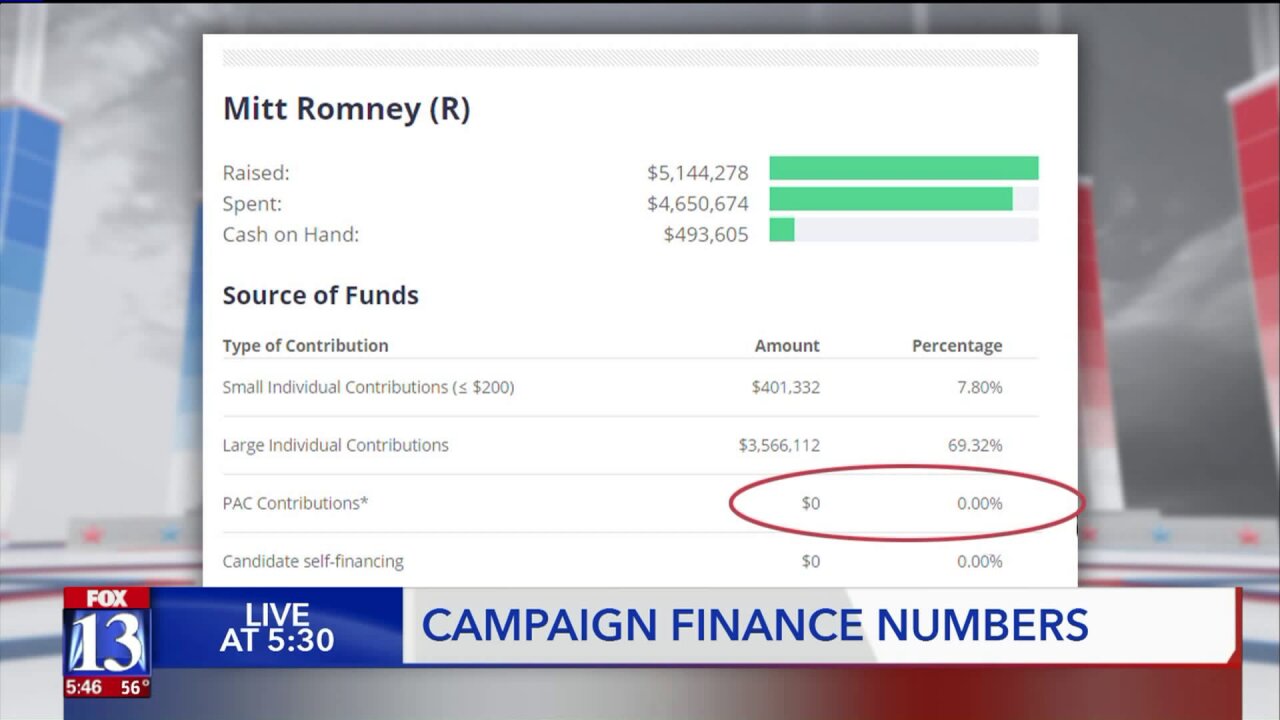 SALT LAKE CITY -- Utah politicians have already set a record for fundraising this year, spending more than $12 million on federal races, and much of it has come from special interests through Political Action Committees, or PACs.

The numbers also show that PAC money flows primarily to incumbents in Utah.

Utah's candidates for the U.S. House and Senate are required by law to file regular campaign finance data with the Federal Elections Commission, and the Center for Responsive Politics, or CRP, compiles the numbers into categories.

The heaviest PAC spending has been in the Fourth Congressional District, primarily for Representative Mia Love, the Republican Incumbent.

Love, who serves on the House Financial Services Committee, has received $648,000 from business-related PACs with $356,000 coming from PACs in the Finance, Insurance, and Real Estate Injuries, according to the CRP.

Love has also received more than $242,000 from the partisan and ideological PACs according to the CRP.

Love's Democratic Challenger, Ben McAdams, has received $139,000 from labor-related PACs, and $107,000 from partisan and ideological PACs, according to CRP.

While Mia Love has far outpaced other Utah candidates for PAC money, the money is just over 21 percent of her total campaign budget. The rest comes from individual contributions, with the vast majority of that from people living outside of Utah.

Love has only raked in special interest money as an incumbent. When she challenged Democratic Congressman Jim Matheson, he financed his campaign with well over a million dollars in PAC money, representing nearly 80 percent of his campaign budget.