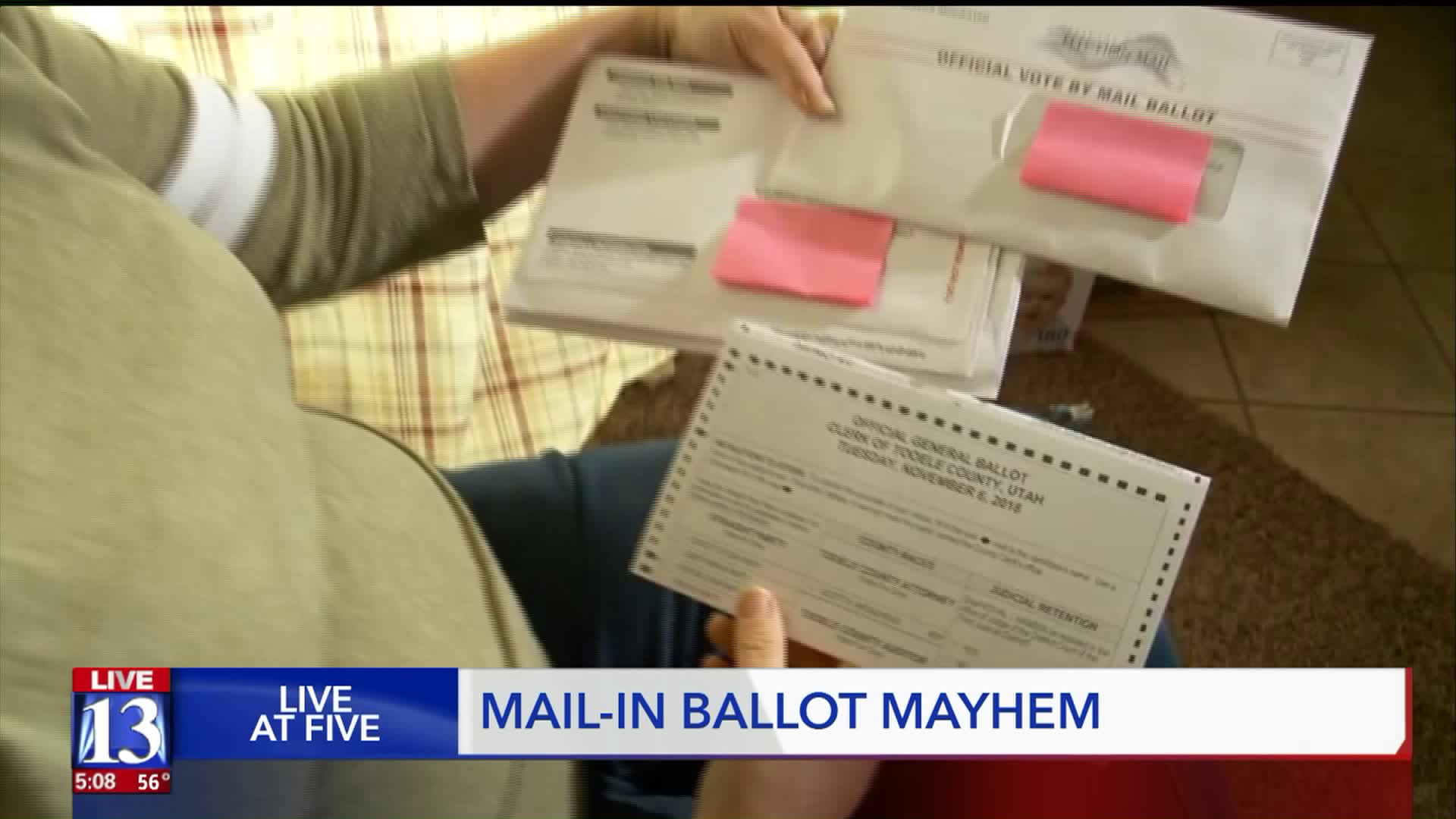 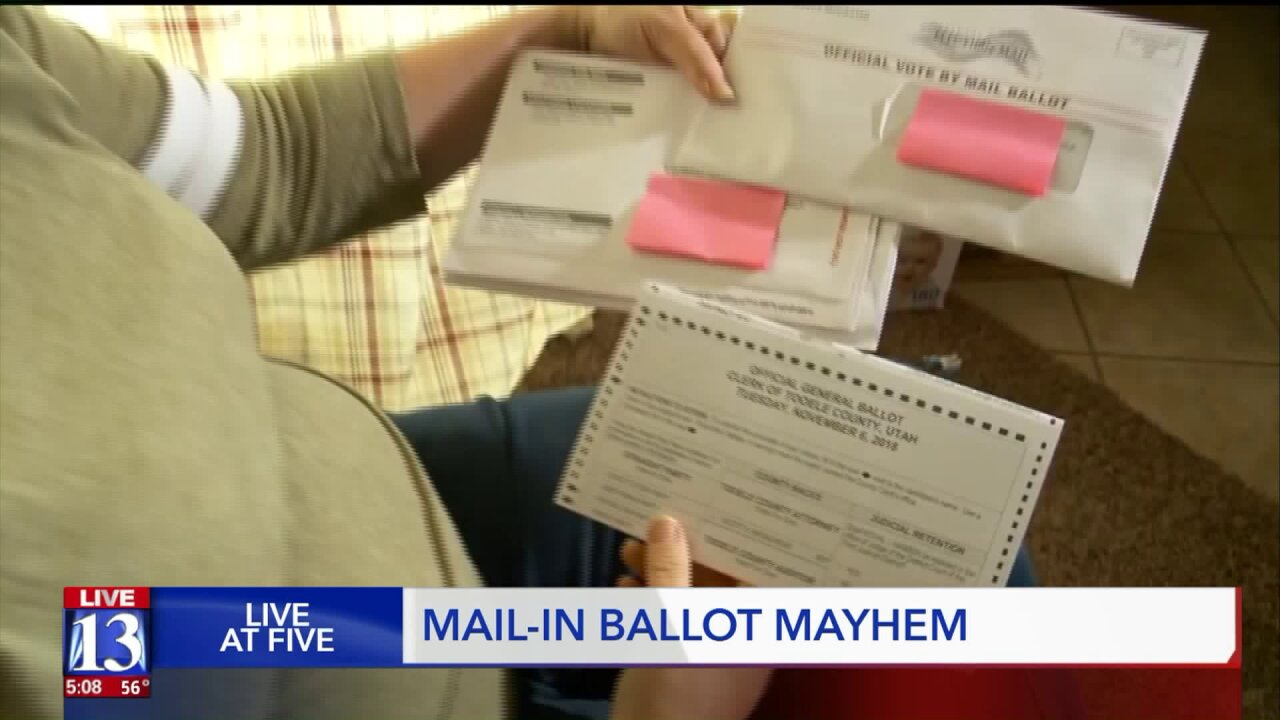 TOOELE, Utah -- Tooele residents said they're confused and worried about their election ballots after many people reported receiving two in the mail.

According to Tooele County, the first round of ballots were mailed in early October. That's when Heather and Brandon Plumb said they received theirs.

Heather, who said they've voted by mail before, filled hers out and waited for her husband to complete his.

Late last week, she said another ballot arrived for her husband.

"It was weird. It's strange," she said. Each ballot had their own assigned ballot number, and both were addressed to her husband.

"My main concern was, A. That opens it up to some pretty serious voter fraud potentially," Plumb said.

She also wondered if his ballot would get counted correctly.

"They have two different ballot numbers, which one are we supposed to be voting?" She asked.

Heather isn't the only person wondering. Other residents posted on social media and told Fox 13 they, too got duplicate ballots in the mail. They didn't know why a second ballot arrived, or what to do with that second ballot.

Tooele County Clerk/Auditor Marilyn Gillette explained that this year some voters ended up with double ballots, though she wasn't sure how many people.

"This is the first time Tooele County, the entire county, is voting all by mail," she explained. Because of that, she indicated that many ballots were undeliverable and returned to their office. Gillette listed other variables that led to duplicate ballots like address changes, people switching to P.O. boxes and voters calling to request second ballots before their first ballot had arrived.

"I'd rather they had two than none," Gillette said. She said if voters received two ballots, "Vote one of the ballots, destroy the other one."

Should a voter send back both ballots, Gillette explained how their system won't allow both to be counted.

"When you go in with a second ballot, in checking the signature it will come up and say, 'This person has already voted,'" she said. "So there's no way it will take a second ballot. So that's our failsafe."

While it's normally a misdemeanor crime to vote twice, Gillette indicated that because of this year's circumstances, they won't penalize anyone who sends back both ballots. According to the clerk's office, the second ballot won't count.

Plumb said she and her husband haven't moved and they've both voted absentee before, so she isn't sure why he received the second ballot.

Regardless, she said they'll shred one of the ballots and vote with the other.

Anyone with questions about this year's ballots can call the Tooele County Clerk's office at 435-843-3130.