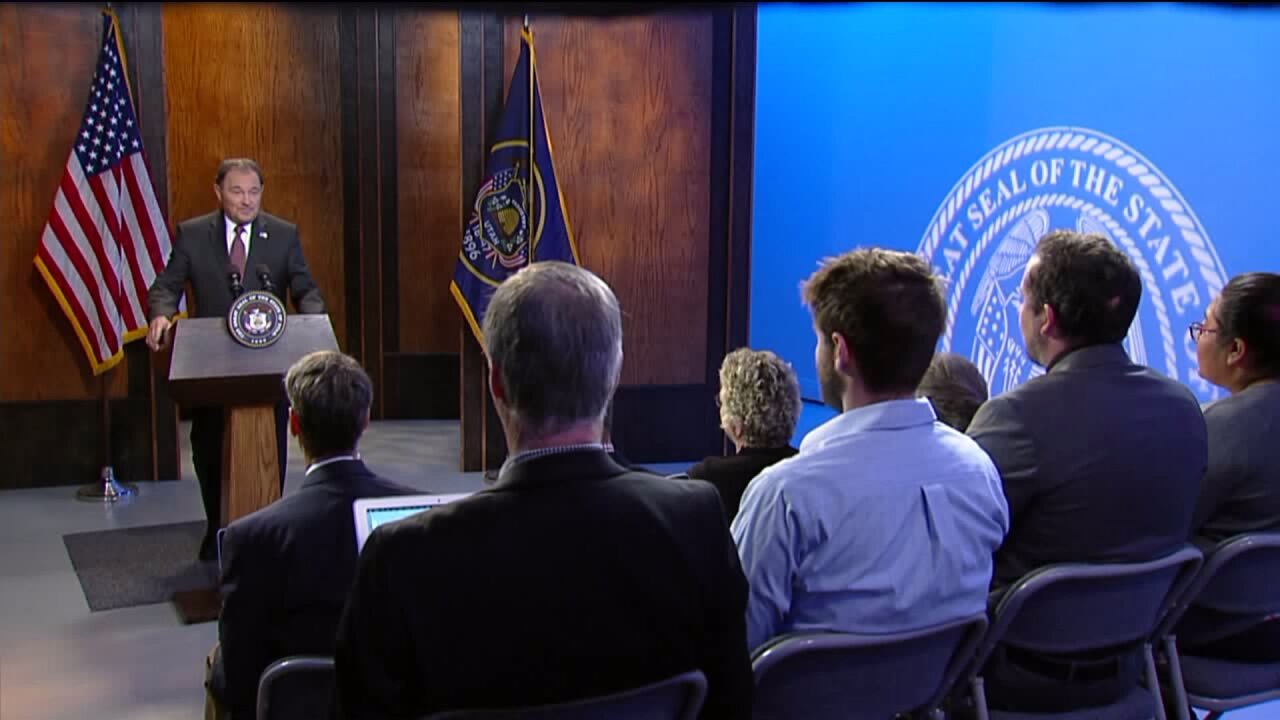 Governor Gary Herbert speaks to reporters at his monthly news conference at KUED on Oct. 25, 2018. (Image via KUED)

Governor Gary Herbert speaks to reporters at his monthly news conference at KUED on Oct. 25, 2018. (Image via KUED)

Speaking to reporters at his monthly news conference on KUED, the governor was asked by FOX 13 about the potential for three more initiatives on the 2020 ballot. Gov. Herbert defended the citizen initiative process.

“We have two ways to make law: Through the legislative process and our 45 day session or a special session, if I call them into that. We have the initiative process which is not necessarily a good way, but it is a check and balance to make sure the legislature’s paying attention,” he said.

The governor said he did believe the law needs to be changed to make it more difficult for people to remove signatures from referendum petitions. Complaints emerged in the latest round of ballot initiatives that it only took a handful of signature removals to block an issue from going on the ballot.

FOX 13 reported on Wednesday that three potential initiatives could go before voters in 2020 — the Equal Rights Amendment, “Death with Dignity,” and beer (and possibly wine) in grocery and convenience stores. All three are issues that have been brought to the Utah State Legislature, which has declined to advance them.

At his news conference, the governor also continued to back a compromise bill on Proposition 2, the medical cannabis initiative. The governor pushed back on what he called “skeptics” and “cynics” of the deal struck between legislative leaders, supporters and opponents of the initiative.

“I can understand the frustration that’s drove the initiative and I can understand people saying trust but verify. I’ve just watched the thing unfold and the lights have been turned on,” he said.

The governor vowed that with or without Proposition 2, he intended to call the legislature into special session in mid-November to pass a medical marijuana program.