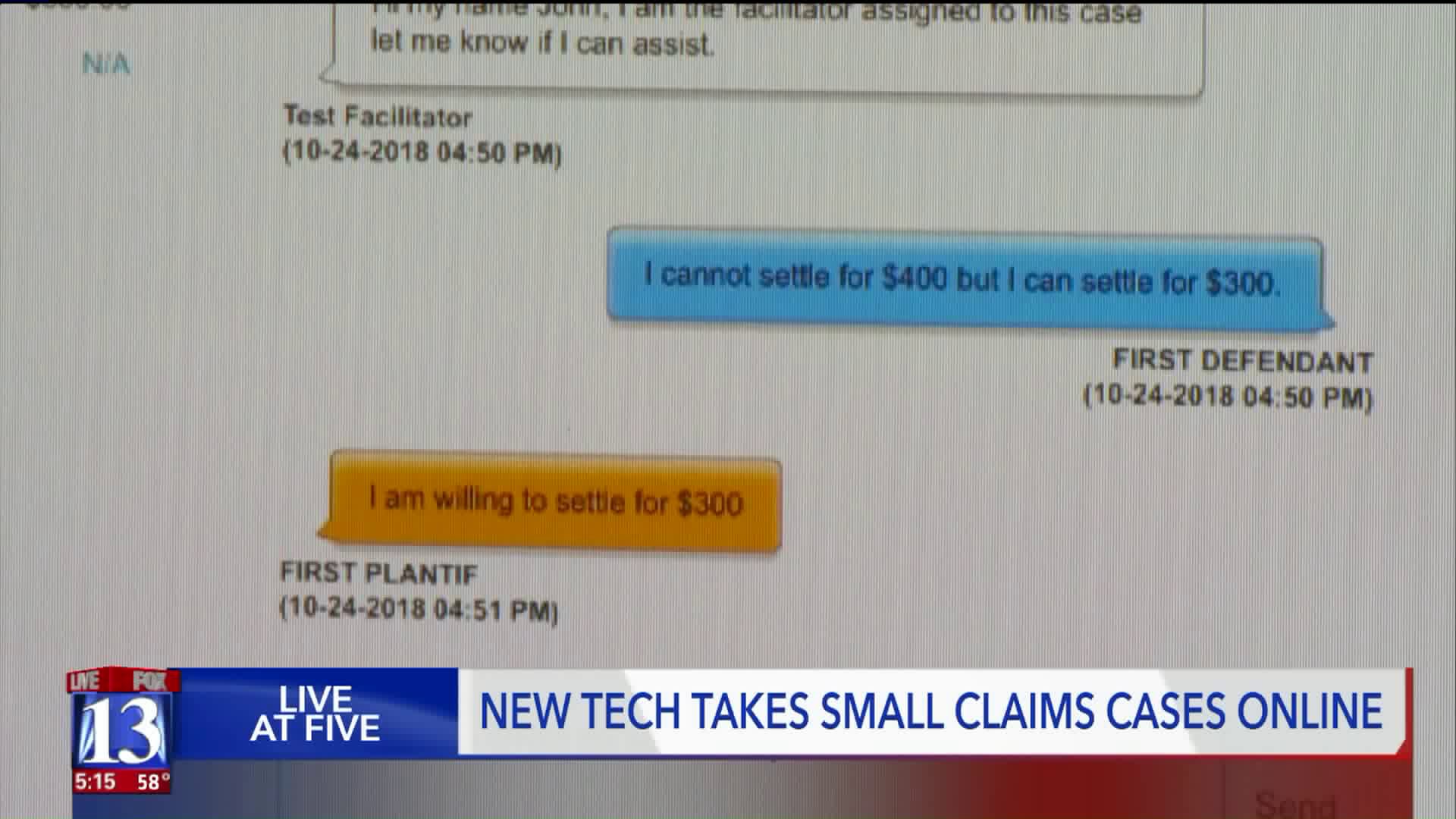 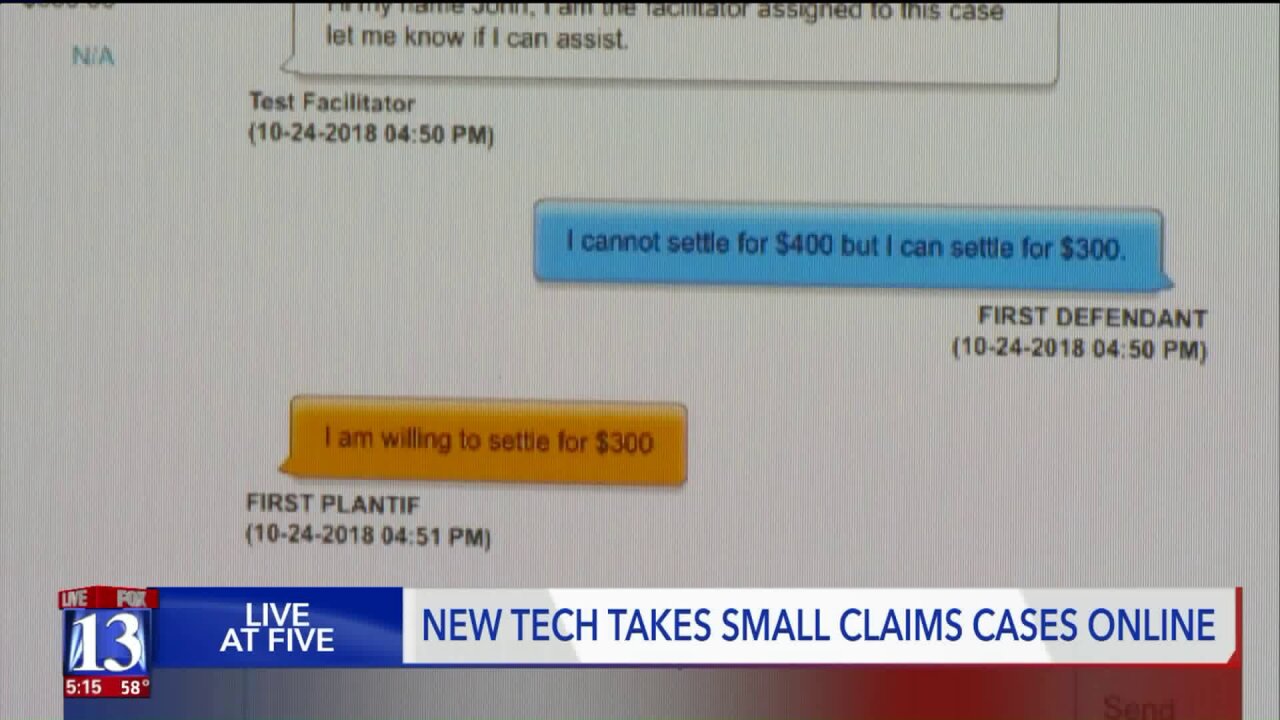 “Last year we were looking at about 30,000 small claims filings throughout the state [of Utah],” said Judge Brendan McCullagh.

McCullagh gave an example of a small claims case as, “My dog got bitten by another dog, somebody didn’t pay a loan that they owed me."

The new system starts like any other small claims case.

“As you always have, a plaintiff files their case and you have somebody go serve the case,” McCullagh said.

But this time, there’s no need for a trip to the courthouse.

“Now the summons that is served to you indicates that you need to get online,” McCullagh said.

The summons also feature a PIN number. Once users create an account in the system, they then use that number to locate and enter into their case.

While parties are allowed to request an exemption, Utah State Courts believes the new system will provide convenience for people.

“They can do it in the regular flow of their lives, as much as they can, without having to take the time to come to court,” McCullagh said.

Think of it like an internet chat box, you can use it anywhere and at any time... But instead of a friend, you are chatting with the other person involved in the case and a court mediator.

“You can send a message, the other party can respond, the mediator or the facilitator can nudge responses, and is not necessarily in real time either,” McCullagh explained.

Once both parties come to an agreement, they can create and sign a settlement all within Online Dispute Resolution. The goal is to get people involved and allow them to reach a settlement, without having to go to court.

“If we realize that chats going nowhere, we’re just going to get them a trial date,” McCullagh said. “If we do have a trial, when we’re here in court for the trial the parties will be better prepared, they will have a better sense of how to proceed on their own behalf and help themselves that way."

Utah State Courts said they are among the first in the country to roll out a system like this, incorporating technology as a regular part of case flow.

“This is the modern world,” McCullagh said. “If people live and communicate this way, maybe we should have a process that can incorporate how people actually do communicate and work and live.”

They believe the expansion will bring people more access to justice.

“If those parties can reach resolution without ever having to come into the courthouse and both parties are satisfied with the result, we think we’ve gained,” McCullagh said.

“They [system users] will have an opportunity to do survey responses, tell us what they liked about the pilot, what they didn’t,” Mccullagh said. “We’re gaining all of the feedback from the participants to make sure that this is something that is actually an improvement.”

The system has been active for five weeks now. McCullagh said they will use at least the next six months to gauge users responses and system effectiveness, before they expand the pilot further to other districts in the state.

The Utah State Courts has also been asked to present Online Dispute Resolution at one of the world’s largest tech conferences, this year’s South by Southwest conference in Austin, Texas.