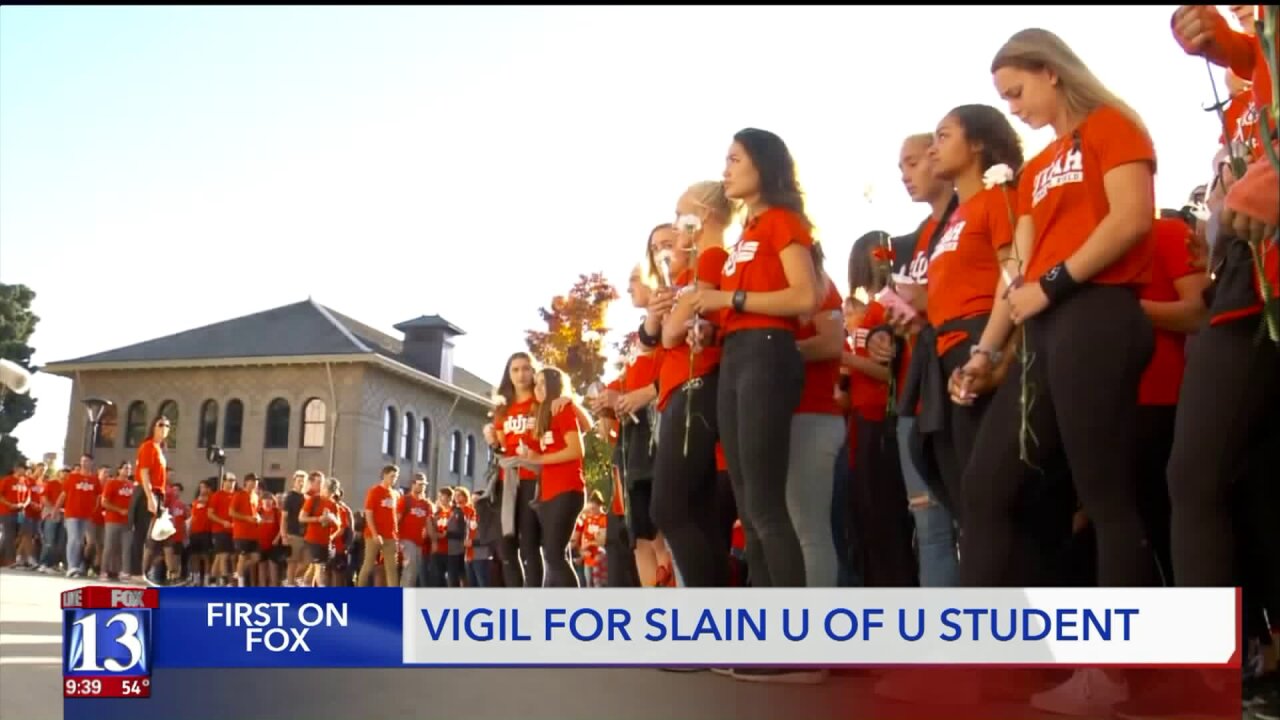 SALT LAKE CITY — Hundreds of people gathered on the steps of the Park Building on the University of Utah Campus to remember Lauren McCluskey.

Police said the 21-year-old student athlete was shot and killed Monday night by a man she briefly dated.

McCluskey was a senior on the University’s track & field team. Several of her teammates fought through their grief to deliver remarks about Lauren.

“The loss of her spirit to our team is truly devastating,” said one of Lauren’s teammates.

Another added, “There are no words to describe the pain and loss we are feeling as a team right now."

The vigil was attended by people young and old. Many of them knew McCluskey personally, but some did not.

Alex Egan, who like McCluskey is a communications major at the university, came to know McCluskey from several classes they had together.

“She was an amazing and genuine and caring person,” Egan said.

He felt it was important to attend the vigil to support McCluskey's closest friends and family.

“We lift each other up and we are here for each other,” he said.

Egan is no stranger to tragedy. Years ago, he lost a close friend in an accident. He knows the community is just starting on the road to healing.

“There are a lot of times where you carry on and you go through your day to day life, but there are times where you stop and pause and think about what happened,” Egan said.

That’s why he believes it’s important for people in the campus community to stay strong and support each other.

“It hits you and all of that grief and pain just keeps flooding back."

Like so many people who crossed paths with McCluskey, he will cherish the memories.

“The more you talked with her, the more you got to know her, you realized she had a quick wit and was just a great, genuine person to be around,” Egan said.

While the pain of her sudden passing may never go away, those who knew McCluskey won’t allow her memory to fade away.

“She was an amazing, and genuine and caring person and she will be really missed,” said a teammate. “We will always miss her and we will always, always love her.”