Father of children killed in Ogden car crash overwhelmed with grief, says ‘that’s the end of our family’ 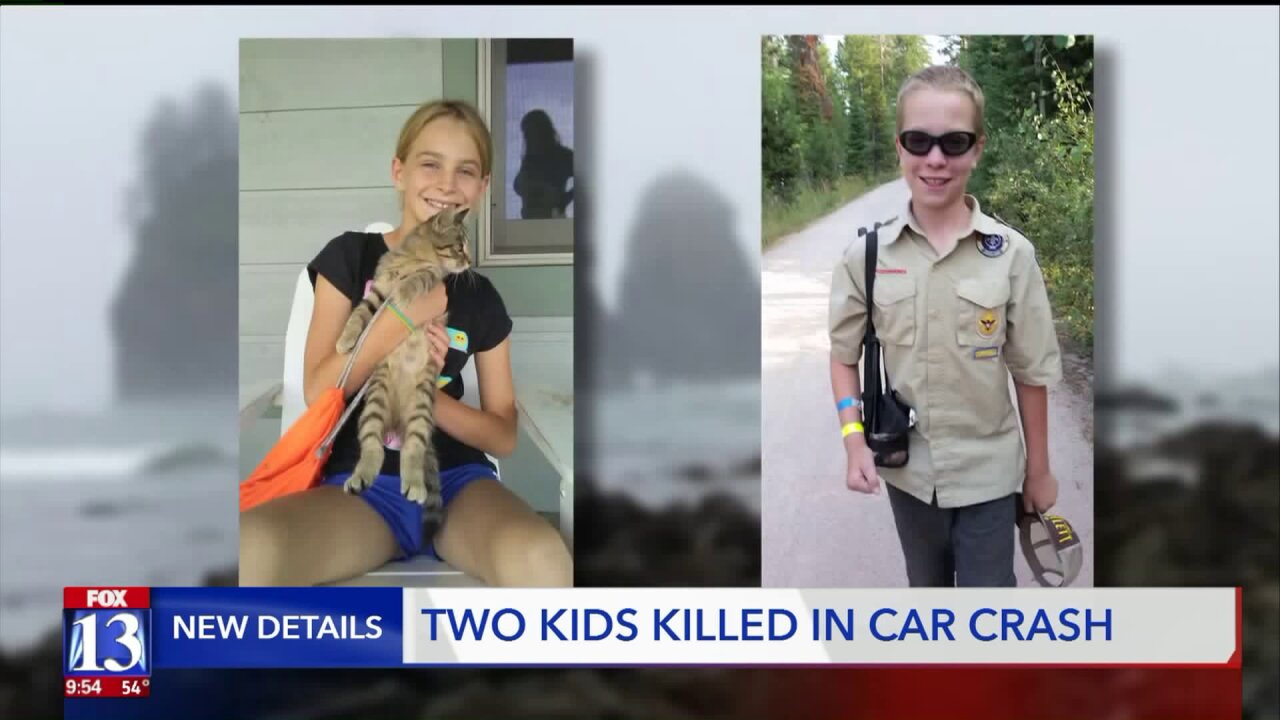 Eleven-year-old Molly Cox and 13-year-old Troy Cox were buckled up in the back of a silver Toyota, their mother in the driver’s seat. At the intersection of 1700 North and 400 East, a 61-year-old North Ogden man driving a white Chrysler drifted into oncoming traffic and hit the family head on.

Their mother, 40-year-old Shela Cox, was driving them to school.

“It's just horrible. It's the worst. That's the end of our family, there's no more kids,” said Michael Cox, Molly and Troy’s father.

The children were flown by helicopter to different hospitals. Molly passed away shortly after.

“Her heart kind of came apart from the inertia of the wreck and the seatbelt,” Michael Cox said.

Within the hour, Troy passed away as well.

“I had to sit there and hold his hand the whole time yesterday when he was barely there,” Michael Cox said.

Shela Cox is still in the hospital with several broken bones. Michael Cox is trying to comprehend his life without his children.

“No anything… No more birthday's and I’m going to miss taking them to school,” he said.

But he finds peace knowing his children are together.

“They're two angels and they're going to be together in heaven I know it."

North Ogden Police are investigating why the driver of the Chrysler, Alexander Salas, drifted.

Meanwhile the Cox family is overwhelmed with grief and medical and funeral expenses.

Loved ones set up a gofundme page. There is also a memorial fund at America First Credit Union under "Molly and Troy Cox."