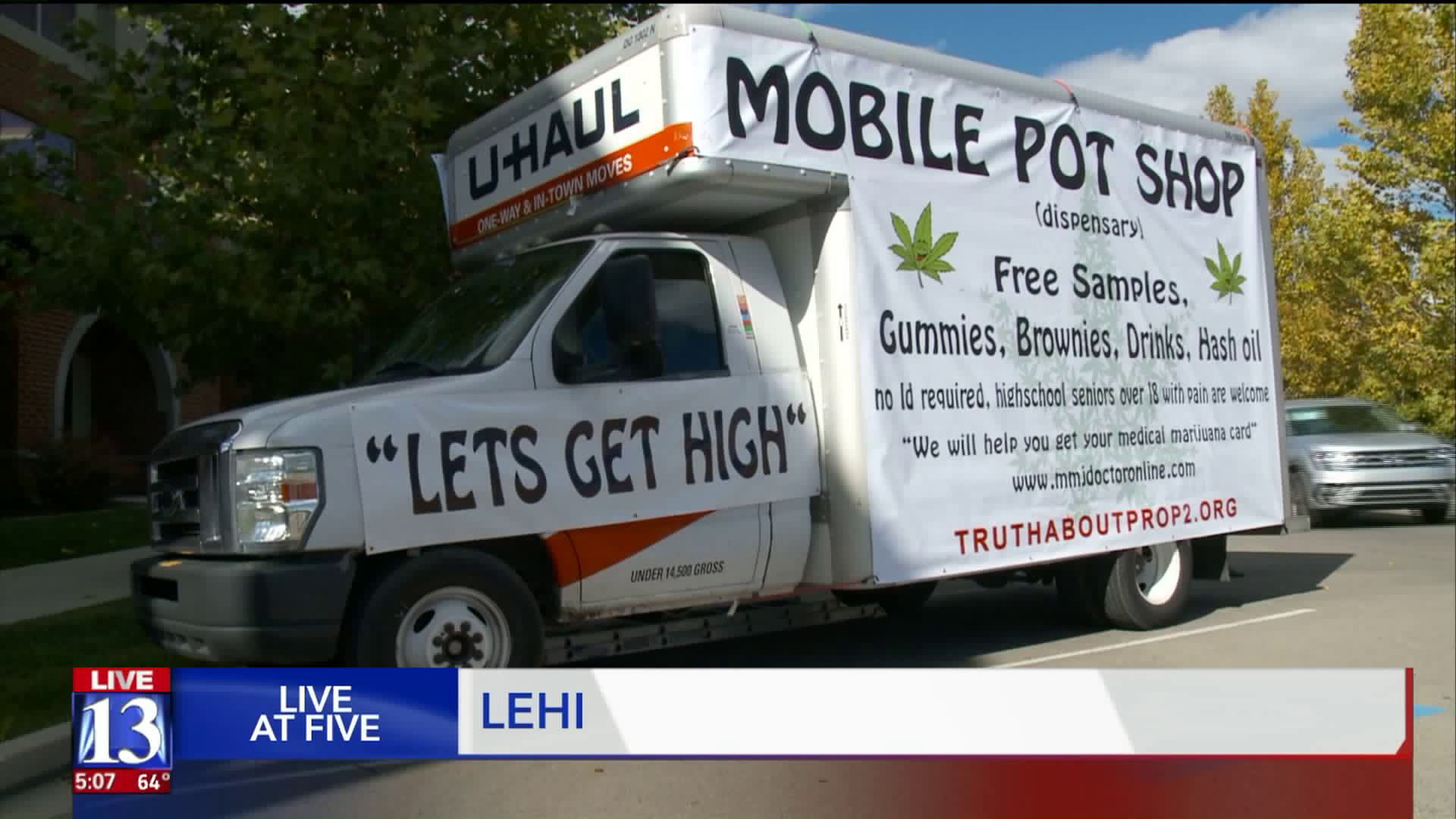 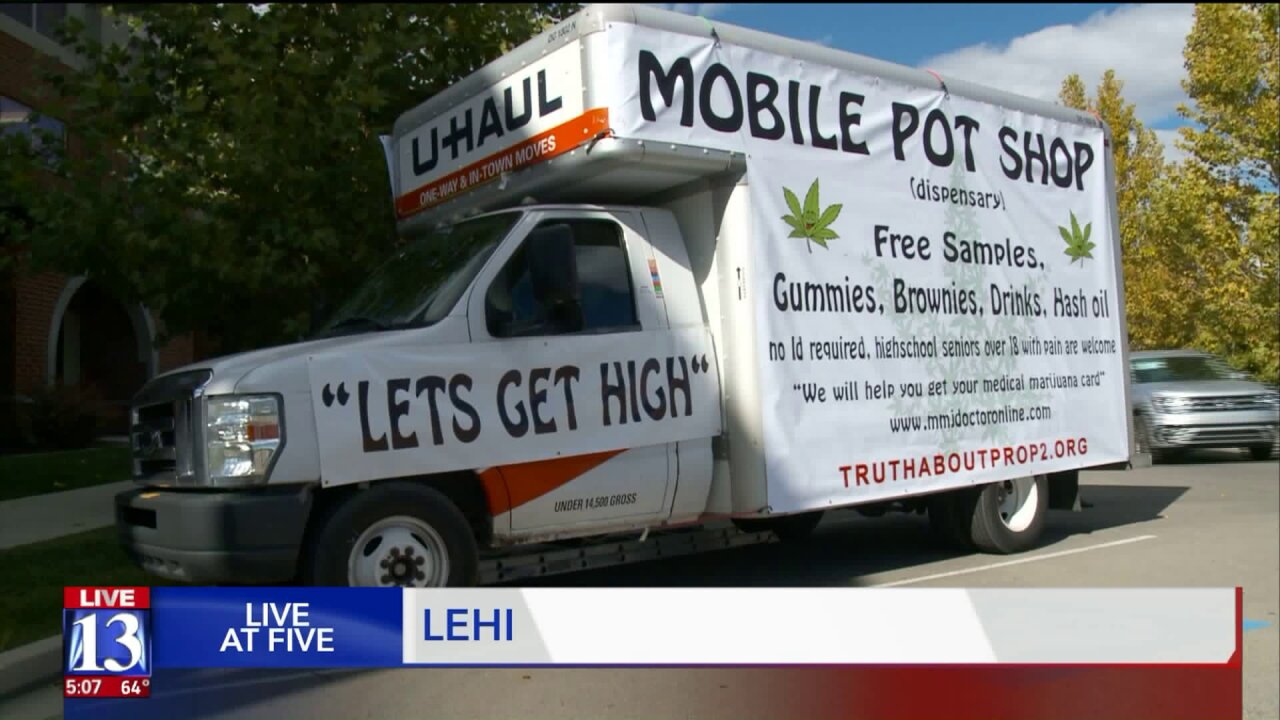 UTAH COUNTY -- An anti-Proposition 2 group's campaign in Utah County Tuesday led to complaints with police, because of how the group was spreading their message.

Down the sidewalk from Lone Peak High School in Highland in the morning, and down the street from Skyridge High School in Lehi in the afternoon, a U-Haul box truck sat covered in banners headlined with "Mobile Pot Shop."

"Let's get high," one banner read. "Free samples. Gummies, brownies, drinks, hash oil," stated the other banner. "No ID required, high school seniors over 18 with pain are welcome," it continued.

Inside, the group Truth About Prop 2, had set out literature with a message quite the opposite of those on the banners.

"We want people to vote 'no' on Proposition 2," chairman Ed Kennedy said.

A table set up inside the box truck displayed packaged items that Kennedy said would be available at dispensaries, should Prop 2 pass. He indicated that he strategically parked the truck 600 feet away from the school.

"What we are trying to get out, is to let families know how close a pot dispensary can be to a school," he said.

Kennedy said the signs on the outside were meant to add a "shock value."

"We just wanted to get their attention," he said. "That's what we were doing with this."

It definitely did raise eyebrows and grab attention, leading to complaints with police.

Lehi Police showed up at the truck near Skyridge High School. Officers talked to Kennedy to make sure no actual marijuana was being sold in the truck.

"People were upset that this truck was out there against Proposition 2," Detective Dave Ventrano said.

One of those phone calls came from the pro-Proposition 2 organization TRUCE.

Christine Stenquist, President and founder of TRUCE, said she called law enforcement after receiving a message from a follower who saw a photo of the truck on social media and requested that TRUCE take action.

She expressed concern over what was portrayed on the truck, and whether it lined up with what's actually in the initiative.

"Read the ballot initiative, that’s not what’s going on here," Stenquist said. "There are age requirements, there are limitations on advertising, there are zoning requirements."

Lone Peak Police sent out officers to speak with Kennedy.

"We paid them a visit, and they were not breaking any laws," Det. Ventrano explained. "They were exercising their First Amendment rights."

According to police, this 'mobile pot shop' is legal. Kennedy said he didn't plan on bringing the truck to any more schools, and indicated that this specific campaign would end after Tuesday.