Community comes together for trunk-or-treating for Huntington’s disease 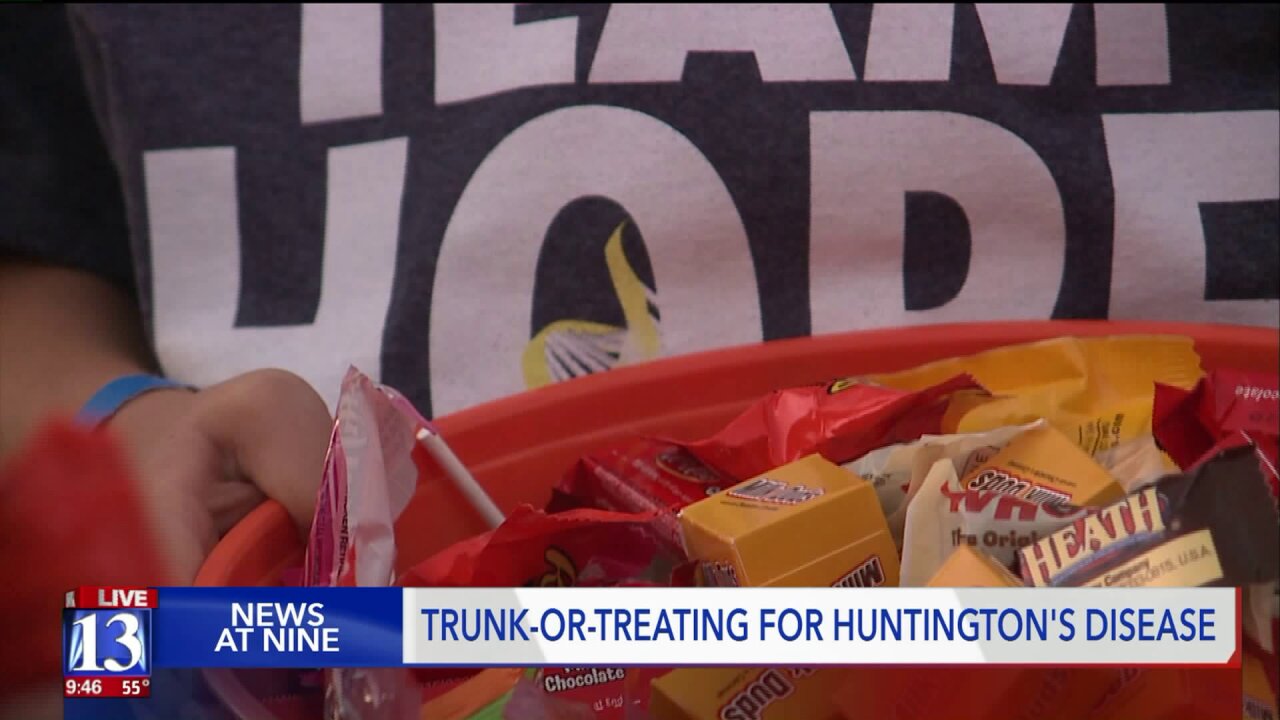 SALT LAKE CITY -- Dozens of families took to Sugar House Park Saturday night to do a little early trick-or-treating and raise awareness for a good cause.

With dozens of kids in costume, using three magic words to get some candy -- it may seem like your run-of-the-mill trick-or-treating, but these kids are trunk-or-treating.

Families took to the parking lot, going car to car for an early Halloween fix and a good cause.

“We love the cause and that’s why we’re here,” said Archuleta.

Archuleta is one of many raising awareness for Huntington’s disease, a fatal genetic disorder that causes people to lose physical and mental abilities.

Angela Holt was among those in attendance. She said Huntington’s disease runs in her family.

Angela was diagnosed 13 years ago when she was just 21-years-old. At the time, she was pregnant with her daughter and had a 3-year-old son. Both now have a 50 percent chance of developing symptoms.

“It was an unknown disease,” Holt said. “At first it was a death sentence, being diagnosed with it, people only die from it."

Holt said she has lost family members to the disease, including her father and brother. Now, she spends her time advocating for Huntington’s.

“I have lived my life to the fullest, cherishing every moment, like I’m going to die,” said Holt.

Saturday night -- with her now 12-year-old daughter by her side, volunteers and dozens of families helping to raise awareness, saying Angela isn’t alone.

Organizers said Huntington’s is a widely unrecognized disease. They encouraged people to learn more on the Huntingon’s Disease Society of America’s website. You can also donate to the cause, here.