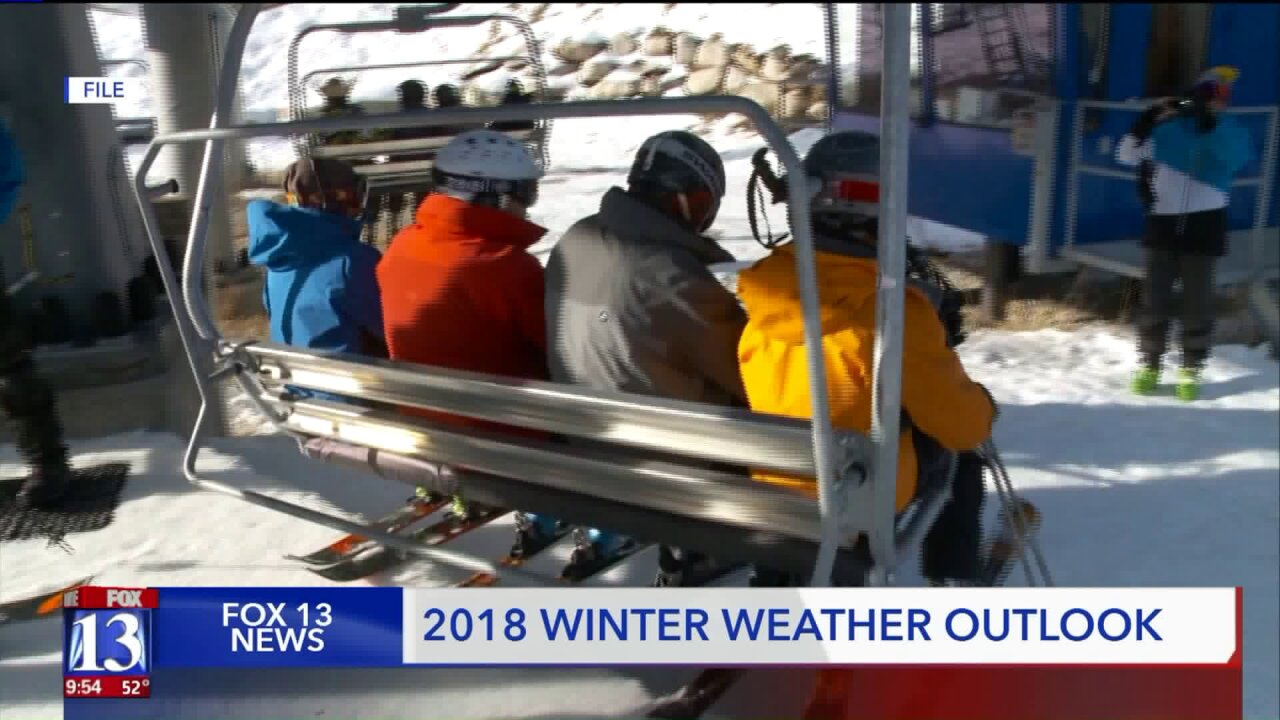 PARK CITY, Utah — Utah is in store for warmer temperatures this winter, according to a forecast released Thursday by the National Oceanic and Atmospheric Administration, but what does this mean for us Utahns?

According to hydrologist Brian McInerney with the National Weather Service for Salt Lake City, not much.

"I think it's important to know though, that the forecasting skill for this forecast is really quite low. We can forecast weather out seven days with pretty good accuracy but overall, when you get beyond that, the skill drops off dramatically," McInerney said.

McInerney said even though this winter forecast may bum out ski enthusiasts, don't rip up your season pass just yet.

Furin said hot or cold, wet or dry, resorts are scheduled to open early next month, and that's good news for some locals.

"It could be 45 degrees and sunny, and you could have the best day of your life up any of the resorts around here," said Magnus Byrlev, sales associate at Milosport Snow & Skate.

Experts also say don't rely on early snowfall, or lack there of, to determine the fate of the season. They say come December, the outlook of our Utah winter will be more clear.

"I mean, even if it doesn't snow two feet, and it's not the craziest powder day in the world, you're still going to have a bunch of fun up there. You could hit some park stuff, hit some rails, do some carving around up there; but it's always fun no matter what being up there," Byrlev said.

The NOAA weather outlook also examined precipitation factors, which indicated much of northern Utah will have an equal chance of higher or lower levels, with southern Utah potentially in store for a wetter winter then normal.