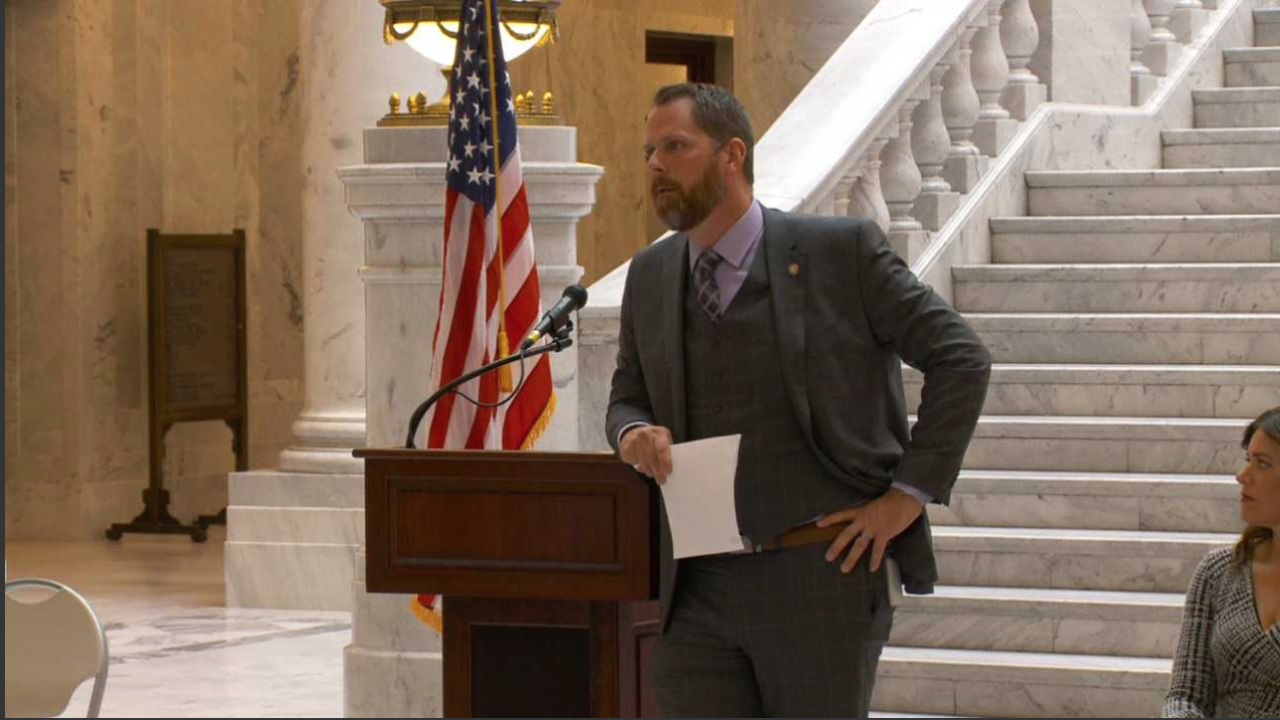 SALT LAKE CITY — If Proposition 3 is passed by voters in November, a state senator is threatening to run a bill to repeal it.

Speaking at a news conference Wednesday on Utah’s Capitol Hill against the citizen ballot initiative to expand Medicaid, Sen. Jake Anderegg, R-Lehi, said he would run a bill in the next legislative session that would effectively unwind what voters approved.

Sen. Anderegg confirmed to FOX 13 afterward that he would run the bill, but said it would revert back to a Medicaid expansion program the Utah State Legislature passed earlier this year. He said he worried about the fiscal impact on taxpayers.

Lawmakers on Capitol Hill have for years rejected attempts for full Medicaid expansion, arguing that the cost burden foisted on the state and taxpayers is too high.

On Wednesday, lawmakers pushed back at a news conference put on by Americans For Prosperity Utah. They warned that funding for other social programs may have to be cut to pay for ballooning Medicaid costs.

But voter polling has largely favored Prop. 3, and the Utah Health Policy Project released a report claiming that the initiative’s passage would create 14,000 new jobs. Supporters of Prop. 3 also pushed back at the legislature.

“We have confidence that the majority of legislators will respect the will of the people who elect them,” RyLee Curtis of Utah Decides Healthcare, which is sponsoring Prop. 3, said in response to Sen. Anderegg’s remarks.

A large coalition of groups have backed Prop. 3. The AARP has run TV ads urging its passage. The National MS Society, the American Heart Association, the American Cancer Action Network have all publicly endorsed the measure.