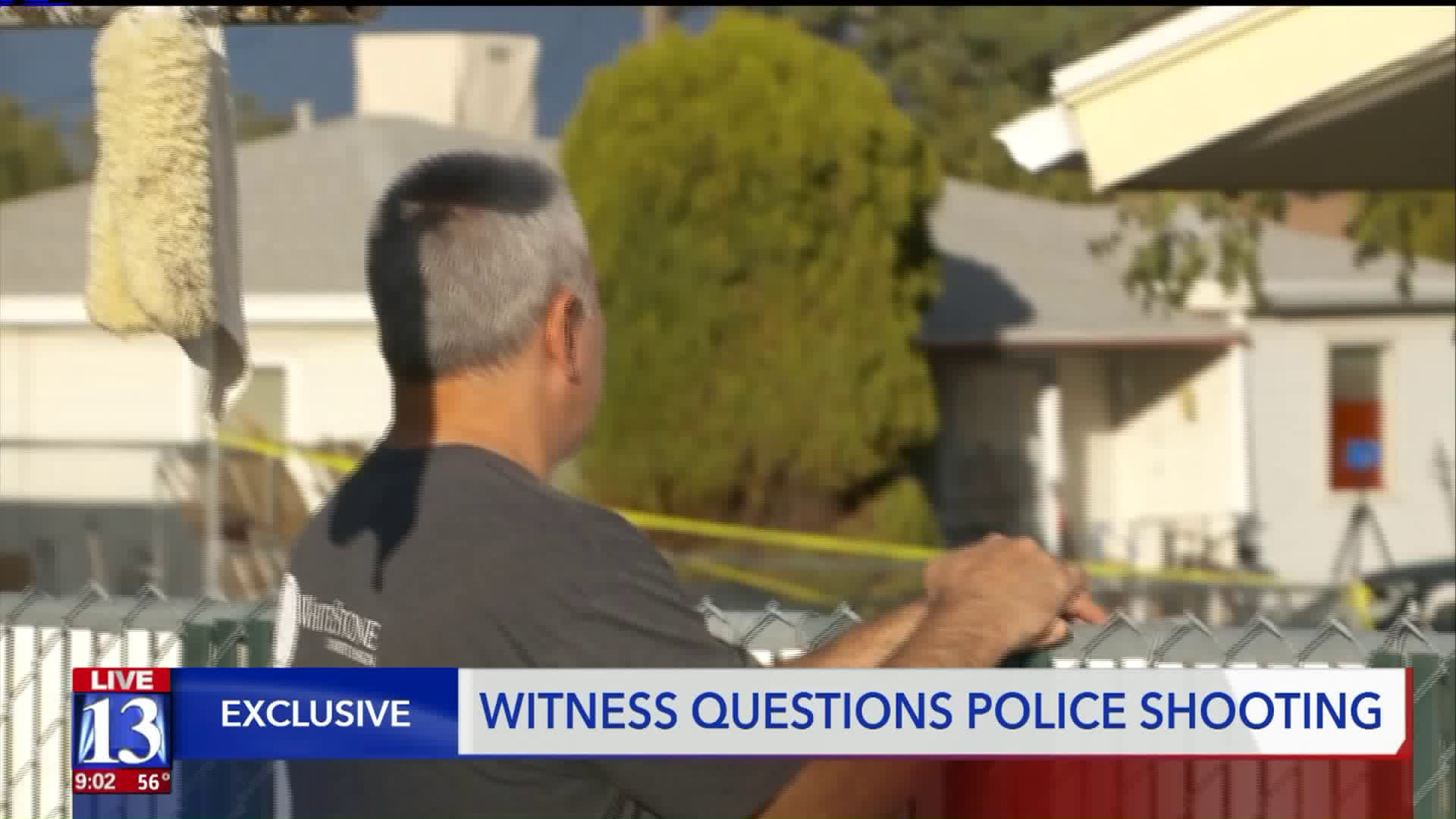 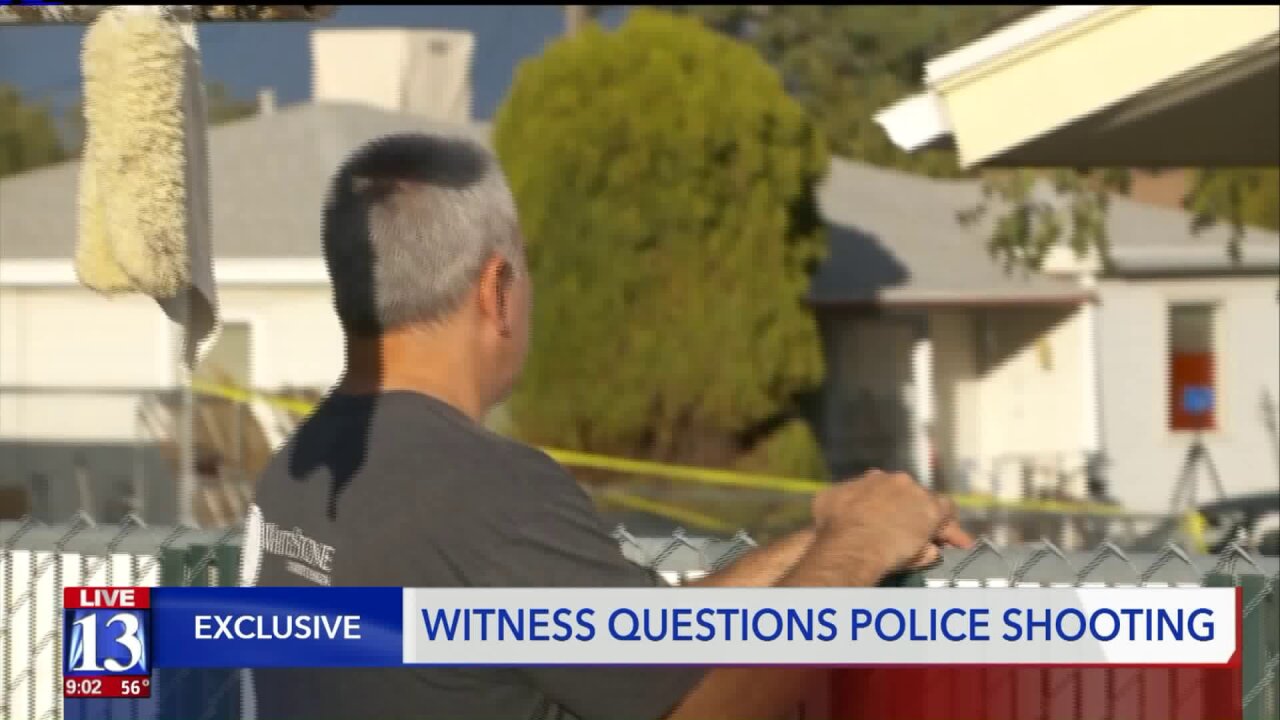 KEARNS, Utah — A man who witnessed an officer-involved shooting in Kearns said he's bothered by what he saw in the moments leading up to Wednesday's shooting of an armed robbery suspect.

Unified Police identified the suspect and man shot as 61-year old James Lyle Kuehn, of Kearns. He was listed in critical condition.

Sheriff Rosie Rivera said the incident began after an armed robbery was reported at Fiesta Ole on 5400 South in Kearns. She said a man robbed the fast food restaurant with a knife but no one was injured.

"It was within 20 minutes of the armed robbery, they came to this house," Rivera said. "[Detectives] believed they knew who the suspect was."

"We do know that a weapon was displayed, I do know that. And shots were fired," she said.

In a press release Thursday afternoon, Unified Police said a knife was recovered from the scene of the shooting and that the Protocol Team with the District Attorney's Office canvassed the neighborhood.

Michael Sandoval said he and his mother saw several officers swarm the area and he walked up to the edge of their backyard.

From that spot, he explained they had a clear line-of-sight to where the man was standing in the driveway of their neighbor's home. Sandoval said the man took a step forward.

"And as he moved forward I heard a tase, and his hands went up like in a protective or a painful motion," Sandoval recounted, putting his hands up around his head. "As soon as his hands were up, he took like a step and one of the undercover [officers] had his weapon here, and just fired."

Sandoval said the officer fired 3 to 4 shots. The man fell to the ground and Sandoval thought he was dead.

"It was awful, I mean just kind of horrific to witness," he said. Sandoval said he knows who Kuehn is, and that he doesn't live at the home where he was shot, but is friends with the homeowner.

After hearing that UPD said a weapon was displayed before shots were fired, Sandoval said that's not what we saw.

It's something that Sandoval said he's bothered by, as he thinks back to what happened.

"What I seen didn't seem right, in my eyes," he said. "And I thought I had a pretty good view."

Unified Police ask that any other witnesses to the incident contact the Salt Lake City Police Department.