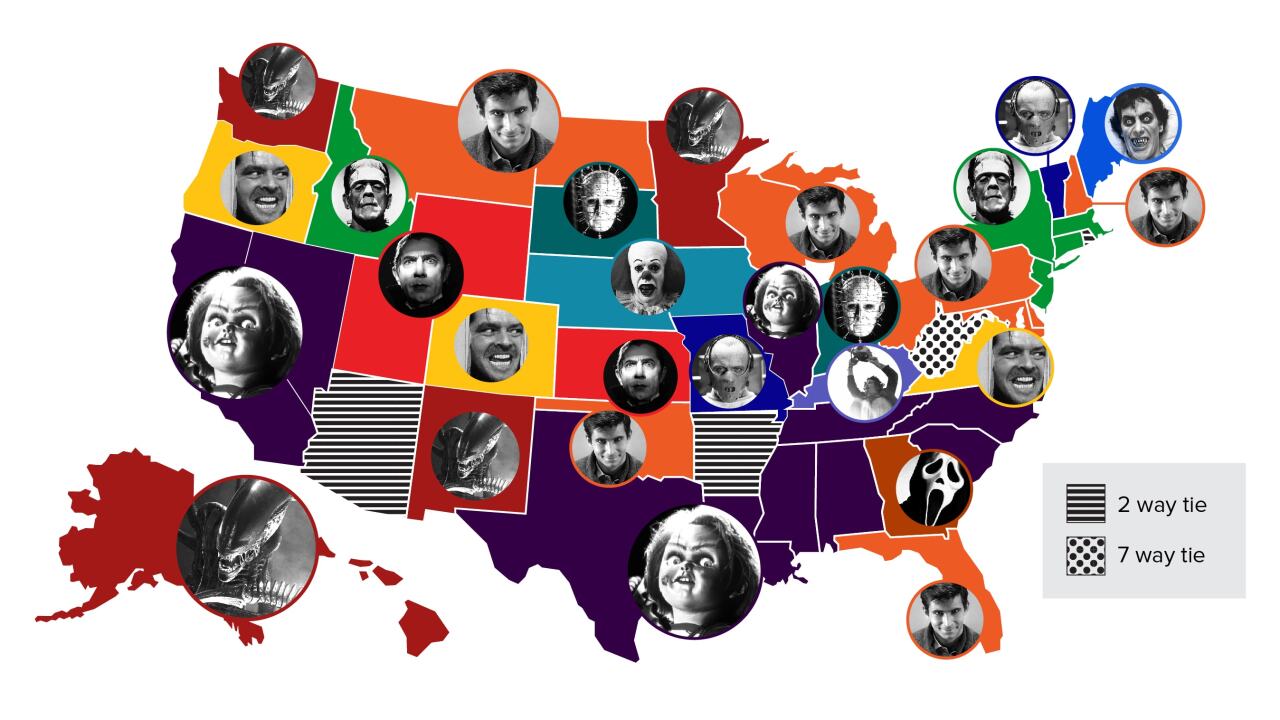 SALT LAKE CITY — Come Halloween, costumes ranging from classic monsters to modern movie characters flood stores, and people tend to rent out horror movies to get the heebie-jeebies from the comfort of their homes.

Monsters and psychopaths have captured audience imaginations across America for decades, but some characters have more staying power than others.

According to Frontier Communications, the villain with the most staying power in Utah is none other than Count Dracula — at least, he’s the monster with the most Google searches in the state.

Kansas and Wyoming share Utah’s fascination or fear of the classic monster, and Count Dracula also made it into West Virginia’s seven-way tie with other classic villains such as Hannibal Lecter and Freddie Krueger.

The most widely-searched (and widely-feared?) villain debuted over 50 years ago: Norman Bates from “Psycho,” originally adapted from book to film by Alfred Hitchcock in 1960 and recently adapted in 2013.

Be sure to check out the full report here.