One dead after car, military surplus vehicle collide on SR-193 in Clearfield 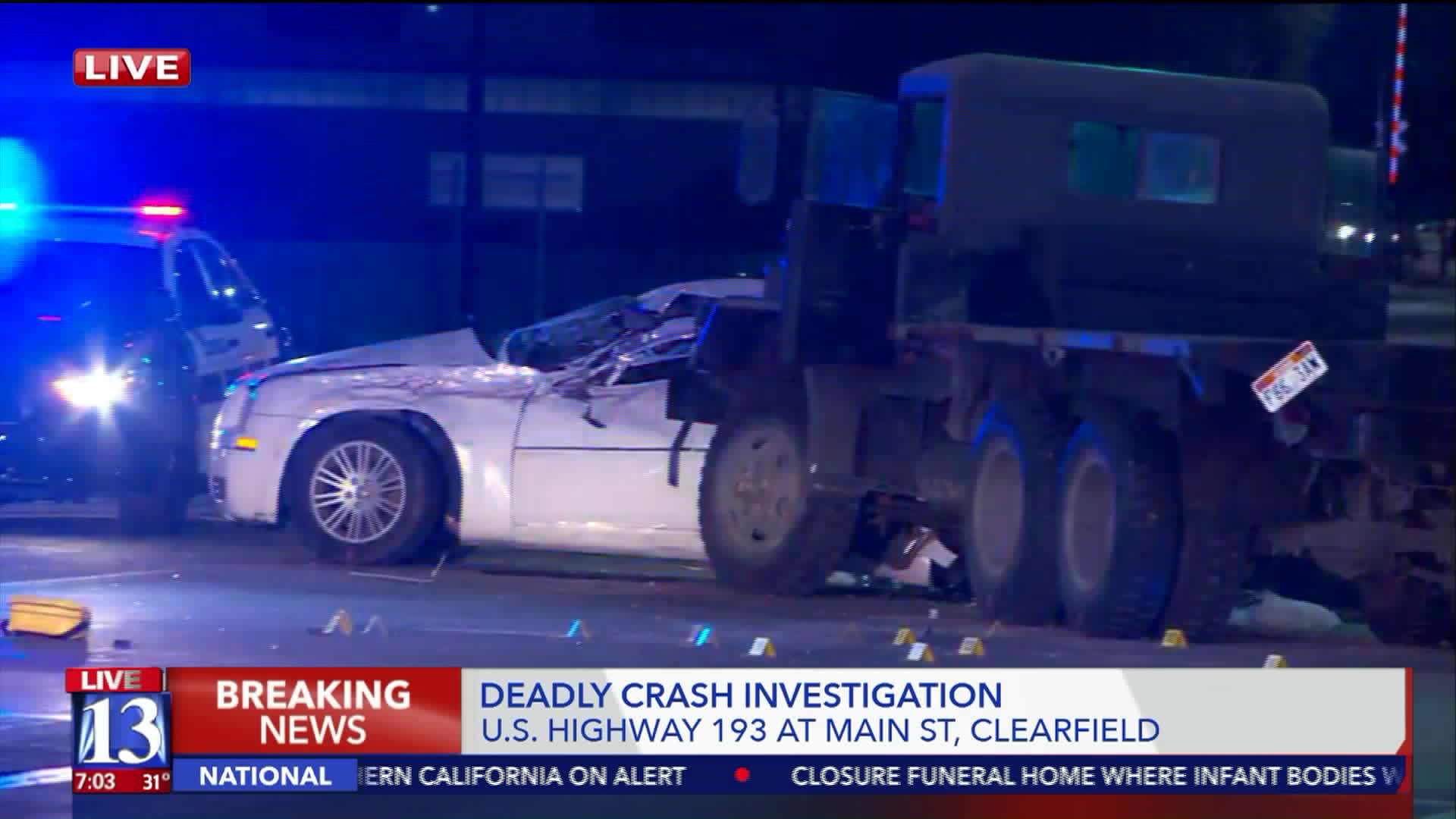 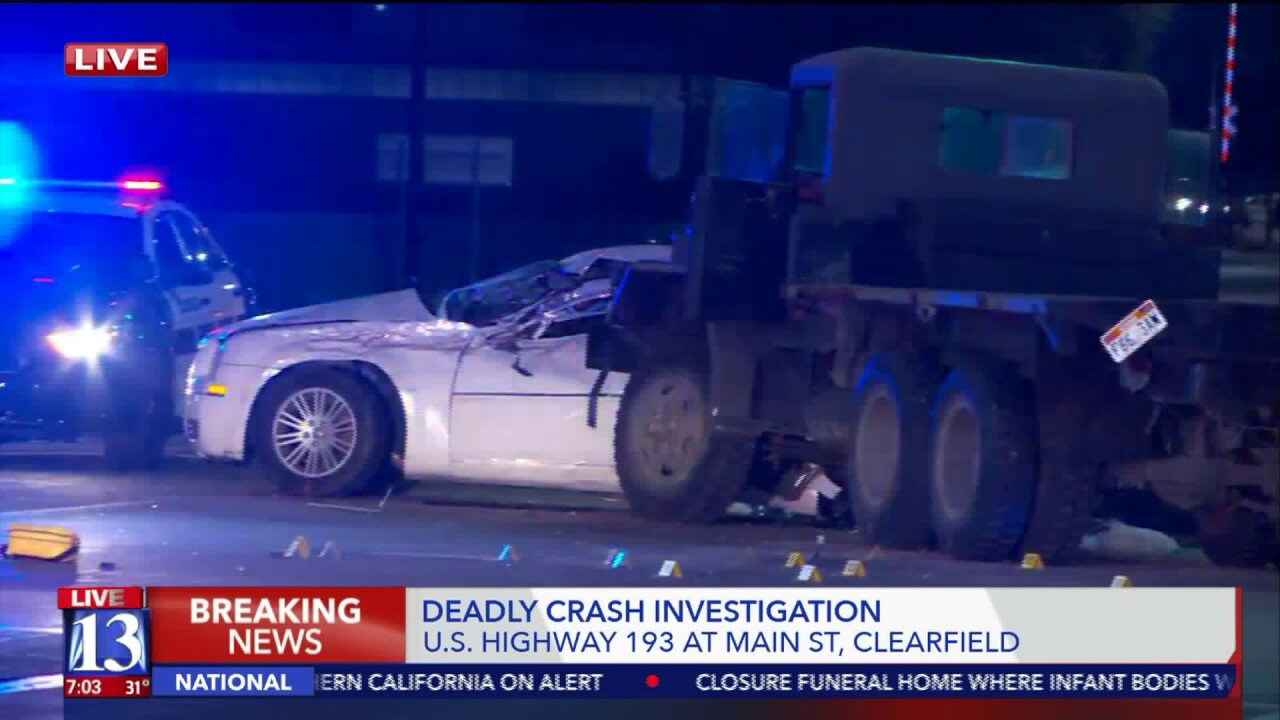 CLEARFIELD, Utah -- One person was killed after a passenger car and a military surplus vehicle collided in an intersection in Clearfield Monday.

The crash was near an entrance to the Freeport Center, which is an industrial area with numerous tenants.

Bennett said the vehicles collided in the intersection.

“Unfortunately the white Chrysler was struck on the driver's side, and the driver succumbed to his injuries here at the scene," Bennett said.

On Monday afternoon, police identified 32-year-old Chad Fisher of Clearfield as the man who died at the scene.

Police said the other driver, 38-year-old Ian Soelberg, had been driving a 1970 "deuce and a half" Kaiser, a privately-owned military surplus vehicle. Soelberg is believed to have been ejected from the vehicle, and he was taken to a hospital.

"Officers interviewed a witness on scene of the accident who indicated the driver of the white Chrysler 300 failed to stop at the red light for north and south bound traffic.  The Kaiser was traveling east through the intersection when the Chrysler 300 was 'T-boned' on the driver’s side," a news release from Clearfield PD said.