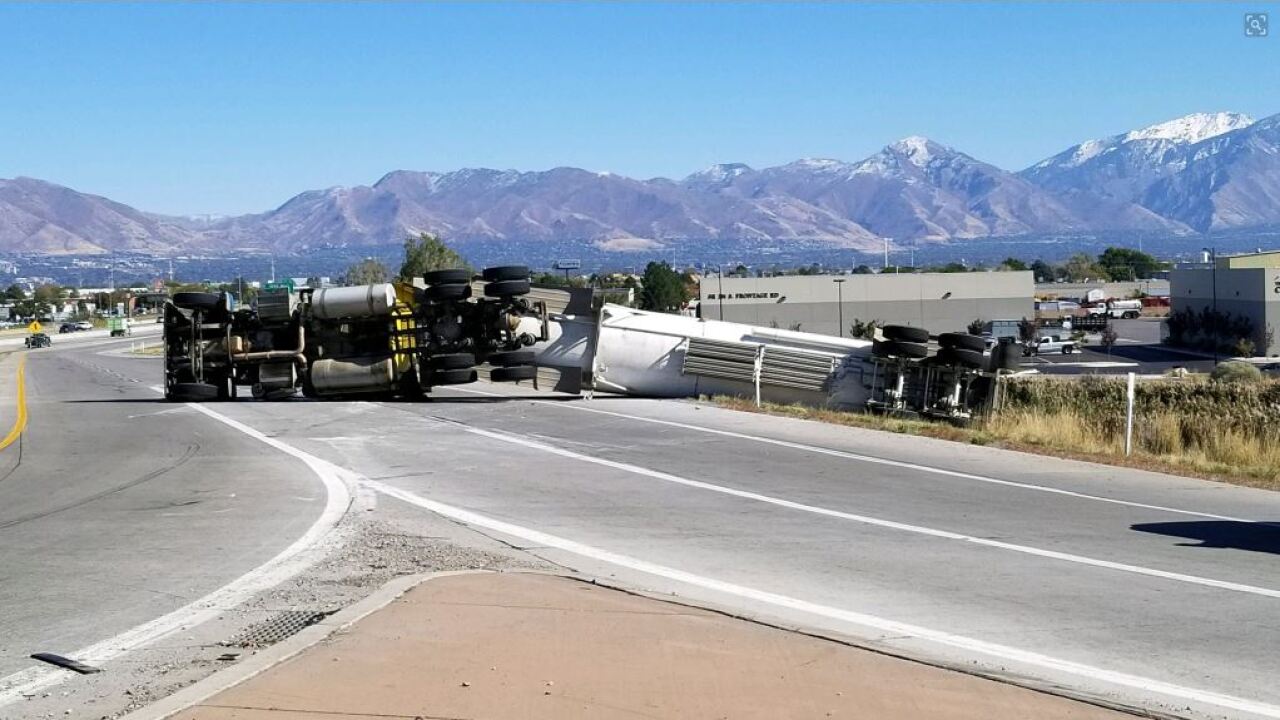 Utah Highway Patrol said northbound Bangerter Highway to eastbound 201 was closed as a result of the crash. The road reopened shortly before 5 p.m.

The vehicle in question is a semi hauling liquid nitrogen, and while hazmat has responded as a precaution troopers say “no serious risk [is] present at this time.”